An editor at Scientific American tried to get Fox to take global warming seriously. It didn't go over well 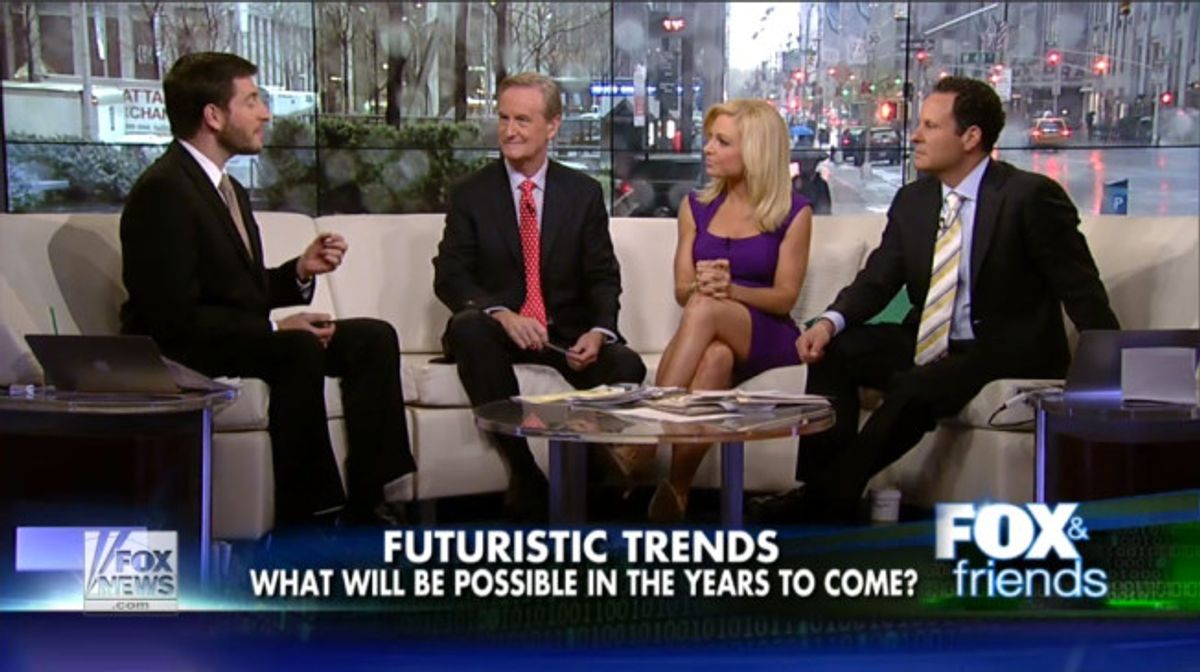 Michael Moyer, an editor at Scientific American, had exactly the type of experience appearing on "Fox & Friends" this morning that you'd expect someone who subscribed to their unique brand of climate-denying news coverage to have. After filming the live segment, about trends for the future in science, Moyer tweeted:

According to Moyer, a producer for "Fox & Friends" had reached out to SciAm several days ago about doing a segment on the next 50 years of science and technology, inspired by this Pew poll. Moyer said he replied agreeing to do the spot, but didn't want to speculate on, say, whether teleportation was going to exist in the next half-century. As he explained to Salon via email (and repeated in a blog post describing the incident), "About the only interesting thing that the scientific community is sure will happen in the next 50 years is that climate change is going to get worse, and that we're going to have to deal with the impacts." So, he listed it as one of his talking points, along with topics like robot drivers, gene therapy and rocket technology.

Unsurprisingly, Moyer said the Fox producer came back and "very politely and matter-of-factly" told him they'd have to replace it.

"To be honest I'm surprised this is garnering as much interest as it seems to be," Moyer said. "I mean, we all know that Fox doesn't talk about climate change unless it's to belittle the science (or scientists)." He also retweeted a link to this report from the Union of Concerned Scientists, which found that when the network does bother to talk about climate change, its coverage is misleading 72 percent of the time.

The rest of Moyer's time spent at Fox & Friends' studio didn't appear to go so well, either: