Clayton D. Lockett was reported to writhe and gasp and clench his teeth before dying of a heart attack 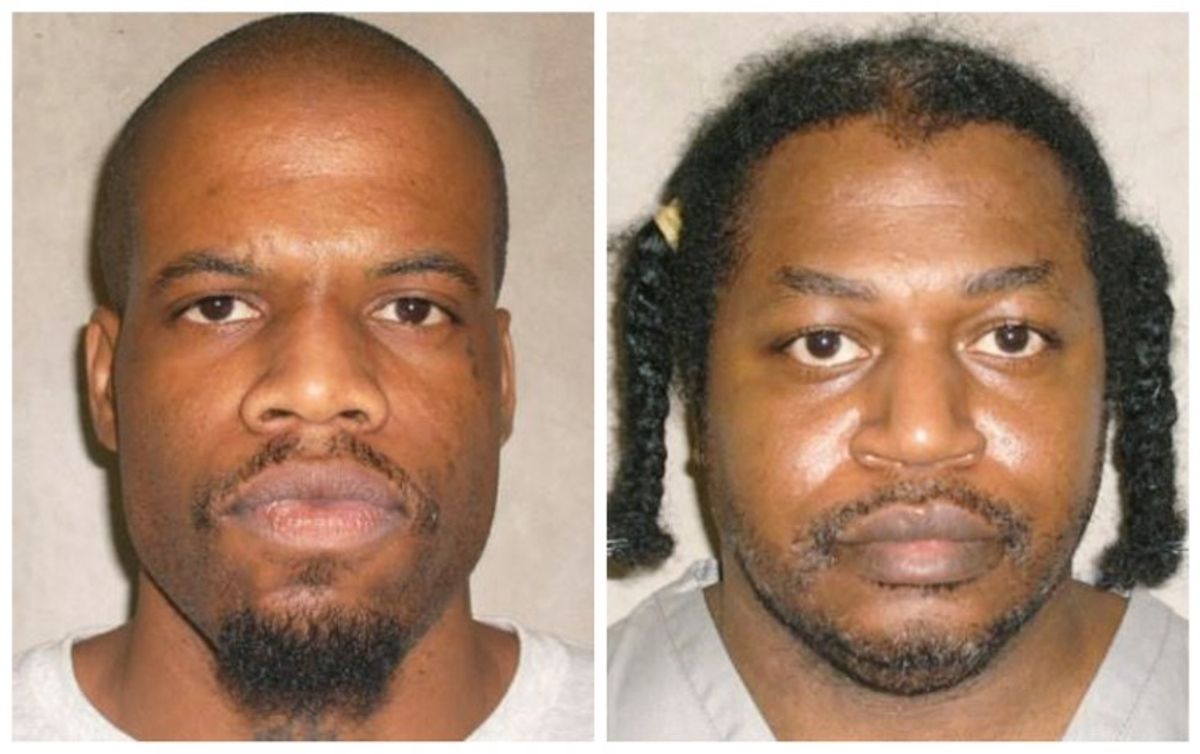 After ignoring an order from the state's Supreme Court to stay the execution, Oklahoma botched the administration of lethal injections to one prisoner on Tuesday night before deciding to hold off on killing the second.

Using a controversial and secretive new mix of drugs, the state's attempt to kill Clayton D. Lockett went horribly awry, with the condemned man reportedly dying after writhing, grimacing, mumbling, having a seizure and clenching his teeth in what looked to observers like agony.

"This was botched, and it was difficult to watch," one of Lockett's lawyers, who was at the scene, told the New York Times. Another lawyer for Lockett said the process his former client went through after being injected “looked like torture.”

According to Associated Press reporter Bailey McBride, whose tweets on the failed procedure were the first to draw widespread attention to the issue, one of the reasons Lockett did not die as planned was because the vein used to administer the drugs "blew."

Charles F. Warner was scheduled to be executed two hours after Lockett, but due to the botched way the Lockett killing was done, the state decided to suspend Warner's killing and investigate what went wrong with Lockett's.

Oklahoma's Republican governor, Mary Fallin, said late on Tuesday night that she “asked the Department of Corrections to conduct a full review of Oklahoma’s execution procedures to determine what happened and why during this evening’s execution of Clayton Derrell Lockett.”

Fallin previously defied a ruling from the state Supreme Court to stay the executions, claiming it was within her power as governor to do so.

The appeals for disclosure about the drug sources, supported by a state court in March, threw Oklahoma’s highest courts and elected officials into weeks of conflict and disarray, with courts arguing over which should consider the request for a politically unpopular stay of execution, the governor defying the State Supreme Court’s ruling for a delay, and a legislator seeking impeachment of the justices.

The planned executions of Mr. Lockett, 38, and Mr. Warner, 46, dramatized the growing tension nationally over secrecy in lethal injections as drug companies, saying they are fearful of political and even physical attack, refuse to supply drugs, and many states scramble to find new sources and try untested combinations. Several states have imposed secrecy on the suppliers of lethal injection drugs, leading to court battles over due process and the ban on cruel and unusual punishment.

Lawyers for the two convicts said the lack of supplier information made it impossible to know if the drugs were safe and effective, or might possibly violate the ban on cruel and unusual punishment.