Stephen Colbert to Donald Sterling: Why don't you start an all-white basketball league?

"The Colbert Report" mocks the disgraced Clippers owner, who has been banned from the NBA for life 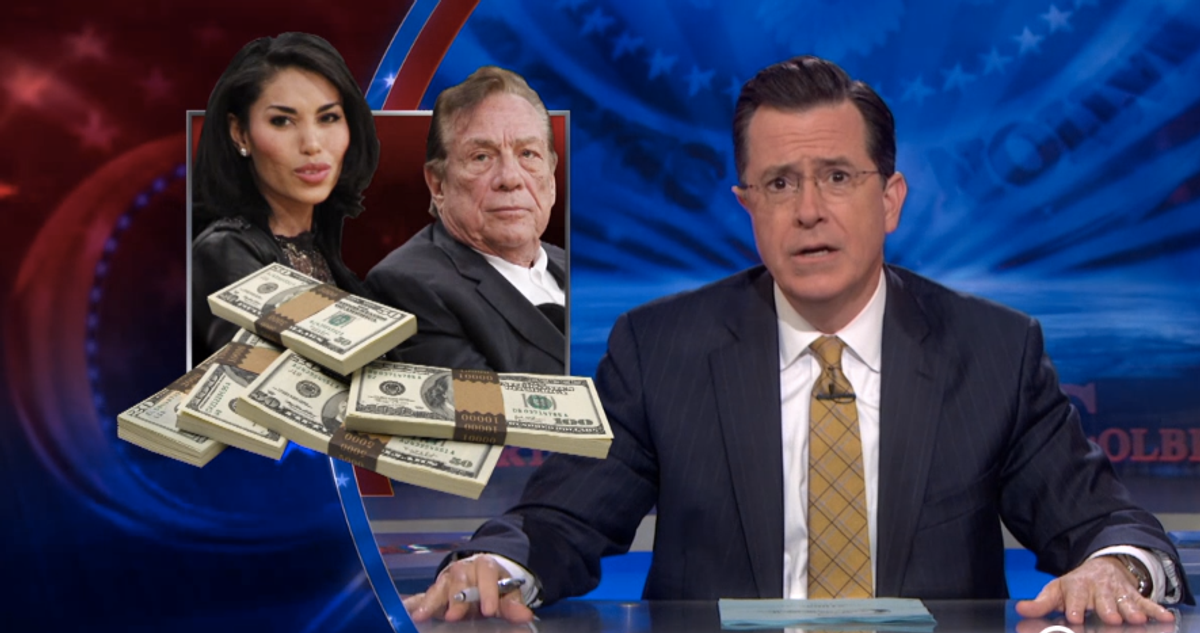 Now that racist Clippers owner Donald Sterling has been banned from the NBA for being racist, what's he going to do? Stephen Colbert has a suggestion: start a white people-only basketball league! "If this man still wants to own a team, I believe he should be consistent and start his own all-white league," said Colbert.

Come to the "Colbert Report" for the jokes about Sterling's racism, stay for Colbert's reenactment of Sterling describing a woman licking him (consider yourself warned).