Bill Clinton's primary lesson: What "it's the economy, stupid" means in 2016

After being on the wrong side of a key Democratic primary issue in '08, the Clintons won't make that mistake twice 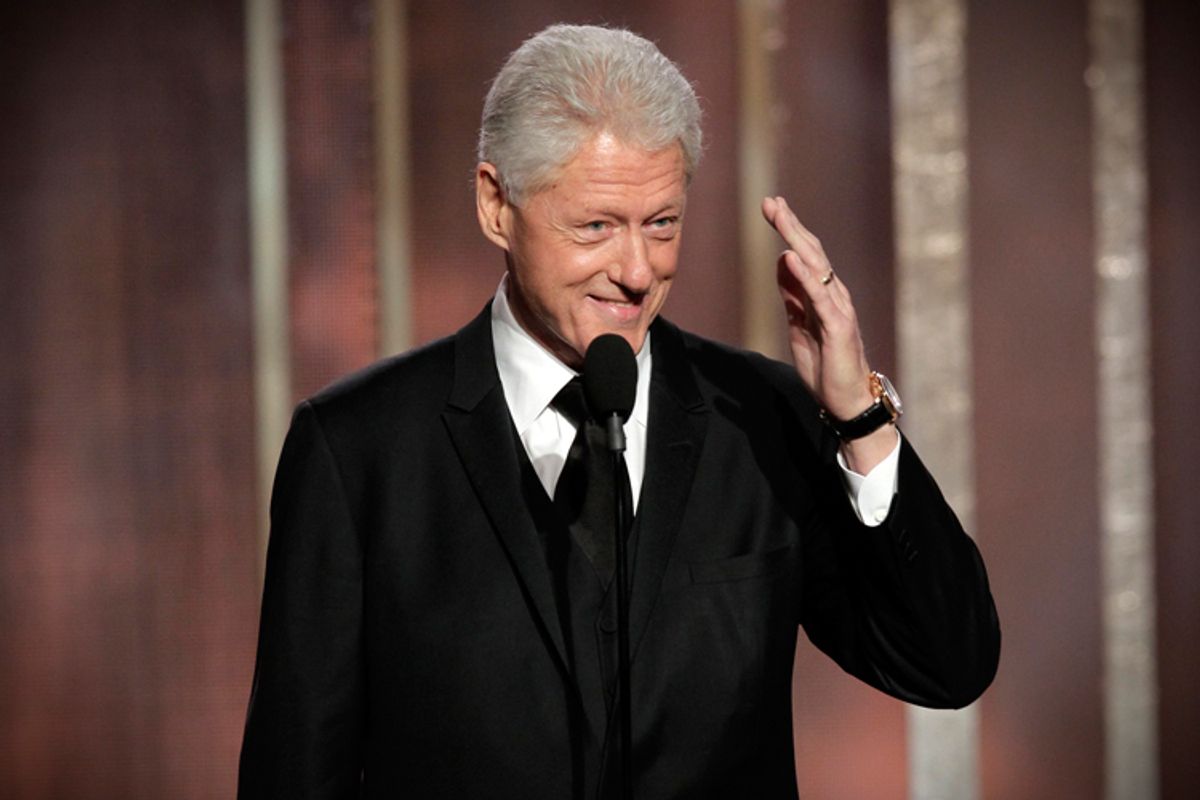 In the face of economic struggles that have now spanned three presidential terms, many Americans remember the Clinton economy with a fondness usually reserved for a dear, departed grandparent. A booming stock market, jobs everywhere, budget surpluses, low poverty rates – Bill Clinton enjoys enough economic credibility that his speech at the 2012 Democratic National Convention touting President Obama's record on the issue was described as a turning point in the campaign.

That’s why it’s a bit surreal to see headlines like this one in today’s New York Times: “Bill Clinton Defends His Economic Legacy.” Per the Times: “Former President Bill Clinton, who has grown increasingly frustrated that his economic policies are viewed as out-of-step with the current focus on income inequality, on Wednesday delivered his most muscular defense of his economic legacy.”

That's right, Bill Clinton is defending his economic record not just against Republicans, but from criticism within his own party. If you’re looking for evidence that the economic inequality message is a powerful and lasting force in national politics, this is it.

The Democrats’ 2014 messaging is coalescing around income inequality in various forms – the minimum wage, extending unemployment benefits, and spotlighting the lavish and self-interested political spending of the Koch brothers. The mileage they’ll get out of those themes over the next few months will vary as Obamacare waxes and wanes as the political topic du jour, but it’s clear that regardless of what happens this November, inequality will push on into 2016 as a national issue.

Clinton’s speech, as the Times points out, can be seen as an effort to reestablish the Clinton brand on the right side of the inequality debate, now that Democrats like Elizabeth Warren and Bernie Sanders are emerging as standard-bearers for a more aggressive economic populism. If Hillary Clinton does run in 2016, the Clinton economic record will tag along behind her as it did in 2008, as will questions about how the Clinton administration fared on reducing inequality. A Center for American Progress report from 2012 found both pluses and negatives in the Clinton record, at least as it pertained to the tax code. The tax increases of the early '90s helped reduce inequality, but cuts to the capital gains tax in the late '90s had the opposite effect.

Of course, the Clinton record on economic inequality will provide a favorable point of contrast with pretty much any national Republican. GOP economic policy calls for steep reductions (or outright elimination) of the capital gains tax, opposition to (or outright elimination of) the minimum wage, and deep cuts to programs that provide income support to the poor. But as the Clintons learned in 2008, before you can think about the general election, you have to get there first -- and like Iraq in 2008, inequality is the primary issue of the day.