Charles Ramsey: “I want to remain homeless until I meet my demise” 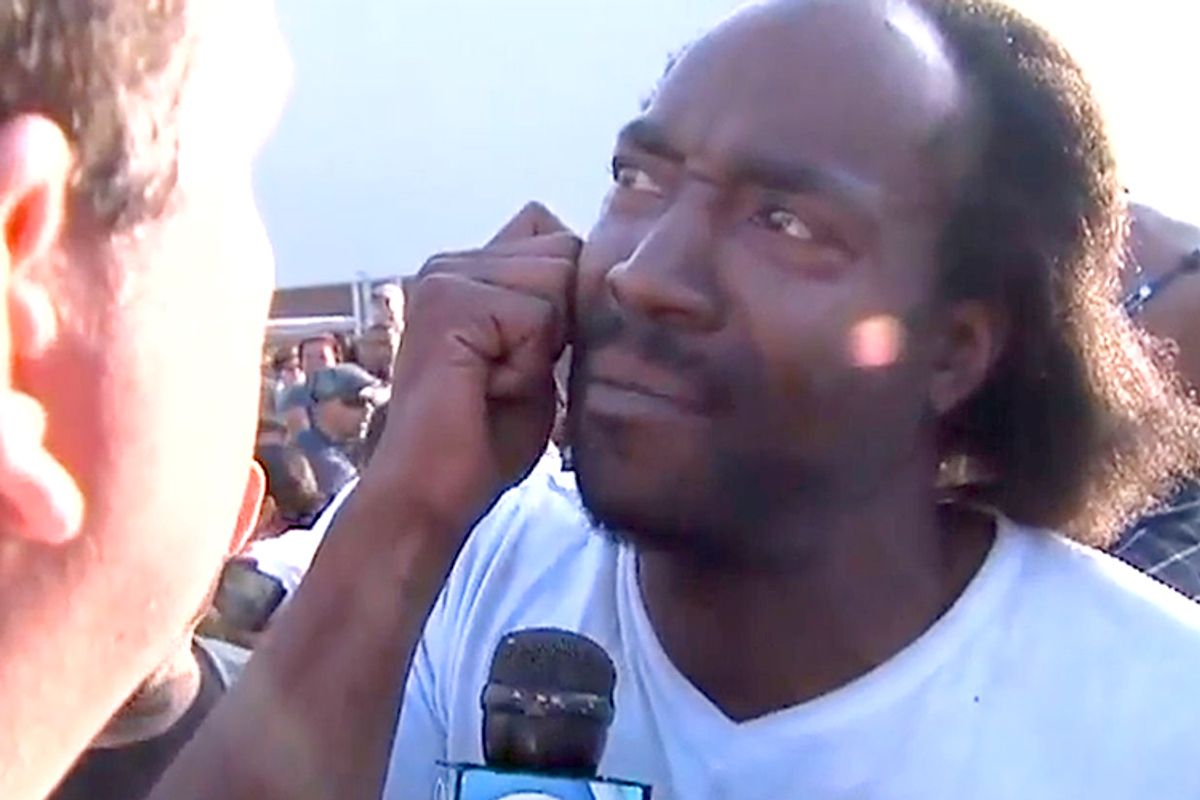 Charles Ramsey shot to national stardom last year after he discovered three kidnapped women in the home of Ariel Castro in Cleveland. But he's most famous for the TV interview he did shortly thereafter, in which he enthusiastically recounted rescuing the women while carrying a "half-eaten Big Mac" -- stirring up both praise and racist jibes from the public. Today, he says, he only wishes he had been "more belligerent." Now he's written a book about the ordeal: "Dead Giveaway." (Subtitle: "The Rescue, Hamburgers, White Folks, and Instant Celebrity ... What You Saw on TV Doesn't Begin to Tell the Story.")  And he wants to clear something up -- if he's homeless, it's not in the way you think.

Tell me about the process of writing this book.

Working with [my co-author Randy Nyerges] is like working with Stephen Hawking as a book author, if you get my drift. This dude didn't leave one stone unturned. Whatever he asked me, whatever I told him -- he did not take it for face value. He went and dug, and dug, and dug underneath that. He plainly told me -- this is a book. Everything in it will be the truth, and facts. So, if you're lying and fabricating and trying to make up a story, don't do it with me.

That's a lot of pressure.

No, it isn't. It's one man talking to another.

I guess some people might have trouble with that. You don't.

The only pressure I feel is that I don't know what a pedophile looks like these days.

You were reported to be homeless after your rescue. What was the real story?

Homeless in their eyes! Homeless in their eyes means I didn't give you an address so you can come in my fucking driveway and ask me questions. The general public and the news media and whatnot. They had to come up with something. I have yet to disclose an address, so in their head, I'm still homeless, and I want to remain homeless until I meet my demise.

It's about keeping things secret.

That's what it is.

Do you feel sad that people are so aggressive?

How do you mark the anniversary of May 6?

I mark it with a smiley-face icon, an emoticon. It's one year later, and Mr. DeJesus doesn't have to wonder where his daughter is.

Do you try to steer clear of people in public?

I go to them. Some people -- I don't want to say they're starstruck, but maybe they are. So I go to them. I'm a human. I was speaking to people before I did this -- why alienate them now? I'm no better and no bigger than any human on this planet.

What's the biggest misconception about you?

Everything that comes out of my mouth. I tell it like it is. I don't care about you or anyone else. I don't listen to shit from anyone who doesn't share my DNA. Nine times out of 10 you're not worth being my friend. Ariel Castro and me had no business being friends.