Want to really shut down the chief engine generating inequality? Forget the author's solution and do this instead 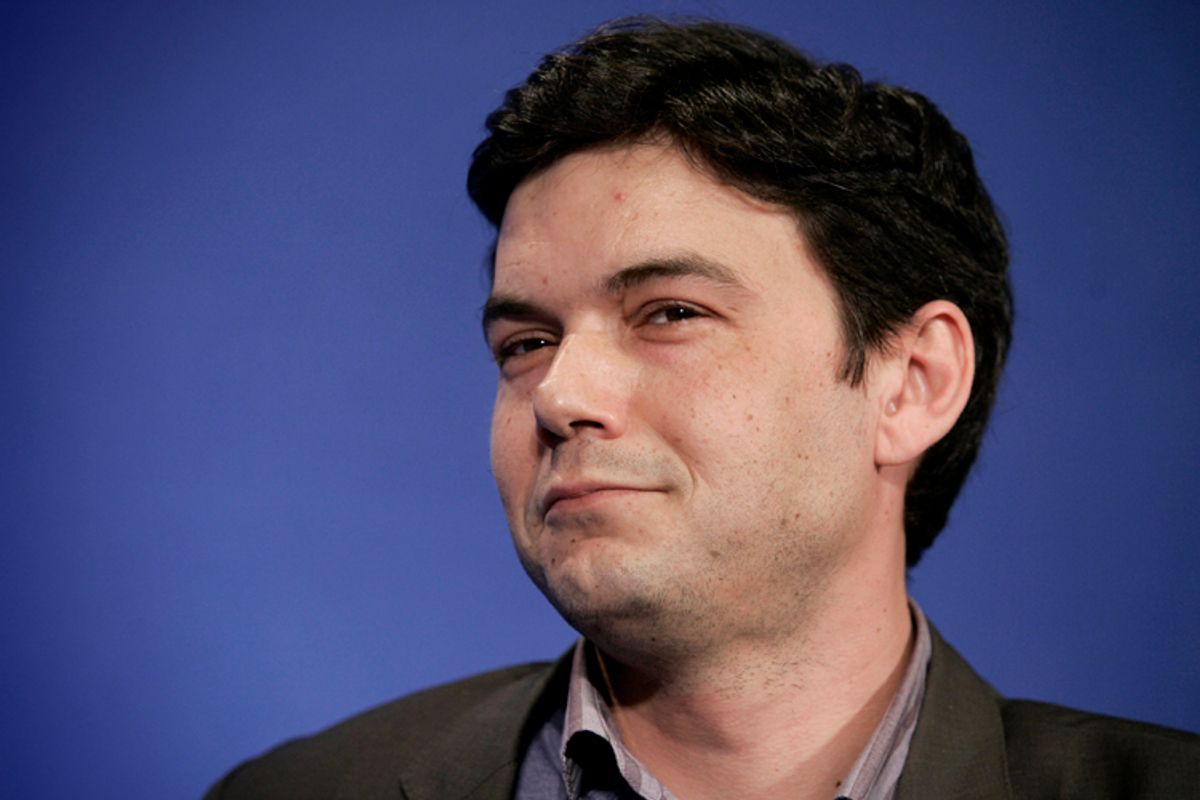 As everybody now knows, r>g. That is, under capitalism's natural pressures, wealth tends to concentrate. We have a convincingly large data set to show it, thanks to Thomas Piketty, whose 700-page economics tome "Capital in the 21st Century" is beating out Colton Burpo on Amazon.

Capital assets (stocks, bonds, real estate, land, patents, etc.) yield returns (profits, dividends, interest, rents, royalties, etc.), and the rate (r) at which these flow to the people who own them tends to outpace the growth of the full economy (g). Only when this process is interrupted by wars (which destroy the capital stock), inflation (which devalues assets), or a baby boom, is g ever able to keep pace with r – whereupon a rising tide is able to do its thing.

Unless something powerful is pumping up g, equality and democracy are impossible.

The liberal response to this conundrum (including Piketty's) is to try to grow g through more egalitarian taxation and stimulus and whatnot. But this concedes way too much, when we can actually solve the conundrum. The bulk of society doesn't need to be devoted to accommodating the tiny number of people who capture r and ride capitalism's natural flow, merrily, merrily, merrily. It is not necessary for everybody to keep bending over backward to grow the economy, just in order to help one another survive. There is a way out of this conflict, a way of generating equality as naturally as capitalism generates inequality.

Make sure the people who capture r is: everybody. If the stream of wealth flows to everyone, rather than Donald Trump and Mitt Romney, then the pressure's off g to keep pace with r. If r is shared democratically, we don't have to keep extracting natural resources and conquering territories and desperately trying to grow g, just so everyone is taken care of. We can just let r exceed g and focus on more meaningful things than sales (which GDP, i.e. "growth," reflects) – things like availing ourselves of our inalienable right to the pursuit of happiness.

Instead of insisting on this obvious point, Piketty is stuck trying to advocate an unworkable technocratic fix: a global, progressive tax on wealth. (This, by the way, is why when people associate him with Marxism, they're full of it.) Other progressive economists are squabbling over the details of what counts as capital. Who cares about the different types of capital functioning differently? The answer is the same for all of them: send the r, in its particular form, to everybody:

Look, the economy is so screwed up at the moment that we could use some g-boosting in addition to r-democratizing, but make no mistake: Only one of these is capable of shutting down the chief engine generating inequality. "Why rage against the machine," it has been asked, "when you can just unplug it?"