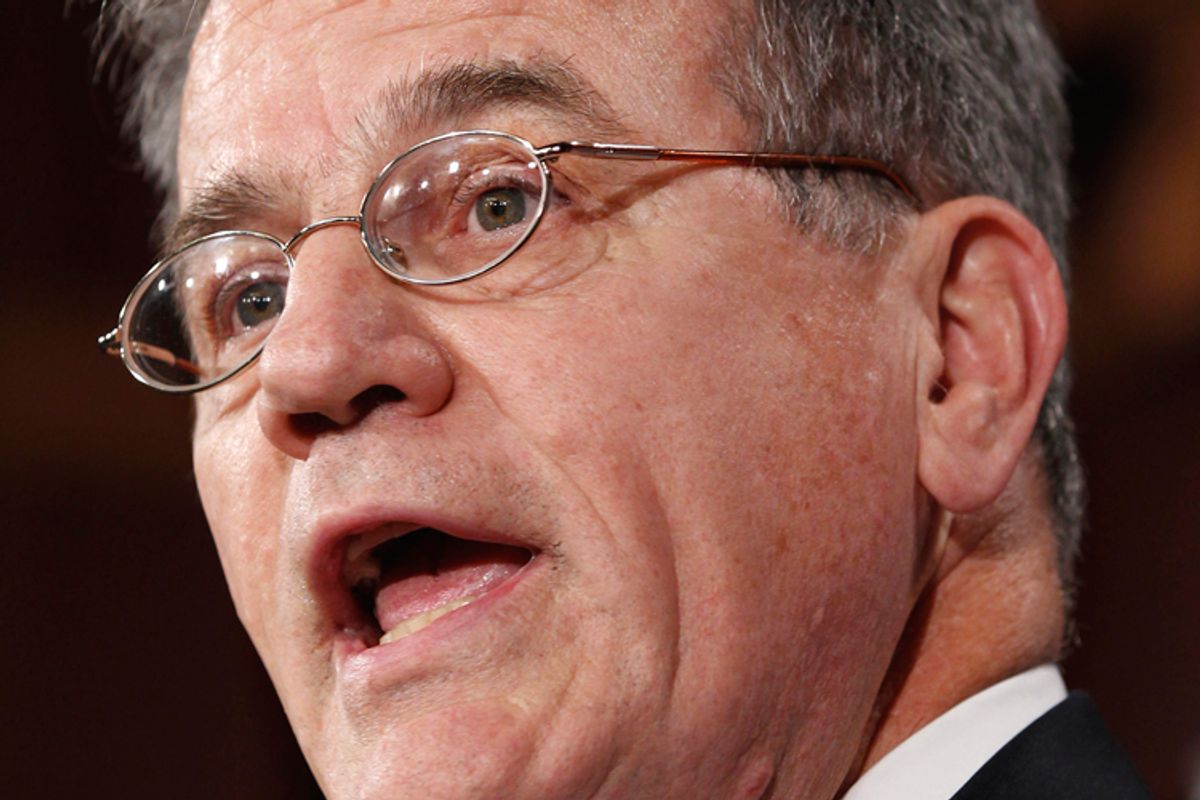 Coburn backed up his claim by reiterating conservative economic orthodoxy as well as implying the Democrats' desired new number — $10.10 — was arbitrary.

Coburn's "good economic models" aside, there is no true consensus within the economic profession as to the ultimate costs and benefits of raising the minimum wage.

While it's true that economics 101 indicates a wage hike would harm employment, more specific and in-depth studies have found differing results, with some showing a wage raise would boost the overall economy and lift millions out of poverty.

Despite his opposition to a federal minimum wage, however, Coburn indicated that he had no problem with individual states deciding to raise wages for their lowest-paid residents.

You can watch Coburn explain his opposition to a federal minimum wage below: