Kentucky Derby ratings are soaring, but race tracks are closing. Our changing relationship with horses and gambling 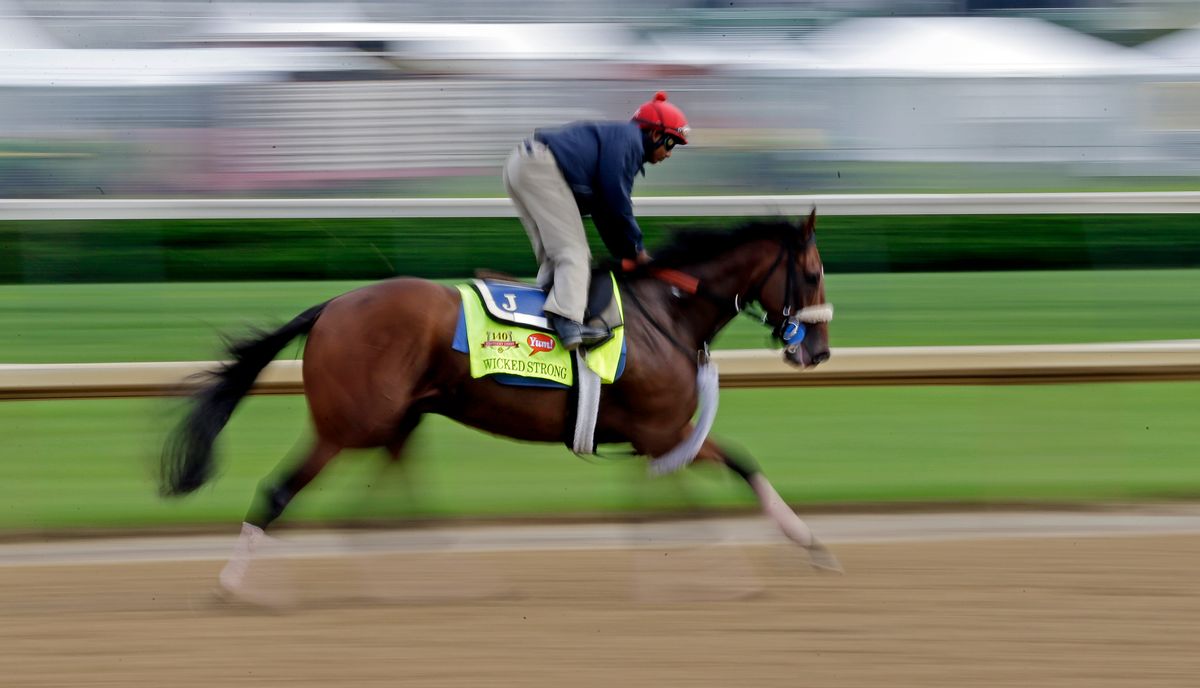 The late, great Bert Sugar, author of “Horse Sense: An Inside Look at the Sport of Kings,” liked to ask this question:  “What is the only sport where they wheel a betting box into the press room?”  Bert, the last vestige of the Damon Runyon era when the only sports that mattered were horse racing, boxing and baseball, would answer his own question with another: “Why is horse racing given a moral exemption from the sin of gambling?”

As we approach the 140th running of the Kentucky Derby on Saturday, it’s a good time to take a stab at answering Bert. My friend the novelist and screenwriter Barry Gifford, himself a racing aficionado who wrote the cult classic “A Day at the Races,” says “Racing has a built-in paradox: the beauty of the horses attracts us, but they wouldn’t be there if we weren’t betting on them. We gamble on a lot of sports, but horse racing is the only one that exists because of gambling.”

If you just looked at the TV ratings for the Derby, you’d think we were in the golden age of horse racing. The Derby’s ratings have been on steady rise all through the 2000s. Last year’s event, though falling slightly short of the 2010 ratings, was the second most watched Derby in more than two decades. Nearly 16.5 million viewers tuned in, a remarkable ratings haul for a Saturday afternoon in the spring.

These ratings bonanzas come at a time when the sport as a whole seems to be in a steep and irreversible decline with legendary, once flourishing tracks closing all over the country. Last week, when the closing of a second Southern California track, Pomona’s Fairplex Park, was announced in the wake of December’s closing of the venerable Hollywood Park, Elizabeth Bracken, an associate coordinator of the Race Track Industry Program at the Unversity of Arizona, noted, “When racing was in its heyday, it only competed against boxing and baseball – there are so many more sports and entertainment options out there now.”

What went wrong for the sport of kings? By the 1980s tracks were faced with fewer patrons and a shrinking chunk of the gambling dollar (by one estimate, down from about 30 percent of overall sports betting in the 1950s to 9 percent in 1981). Some argued that the average fan’s hunger for speed was better served by Nascar, which was beginning to boom in the 1980s.

It is also a complex sport to learn. For newcomers, racing’s betting schemes were widely seen as almost absurdly complicated. (If you have seven minutes, watch the classic Tutsi-Fruitsi Ice Cream sketch from 1937’s “A Day at the Races” as Chico explains how to know which horses to bet on to Groucho Marx.

Another reason for horse racing’s decline might be the innovation that many thought would revive it, off-track betting. The attempt to democratize race track betting through OTBs was established in 1971. It accomplished its purpose of bringing in more gambling money, but no one realized how much it would cut into track attendance.

Such a reversal of fortune was unimaginable in racing’s heyday. From the 1890s to around the late 1940s, writing about horses and race tracks was one of the staples of American sportswriting; for many, it was American sportswriting. Bat Masterson, the one-time frontier peace officer turned journalist who became a hugely popular columnist for the New York Morning Telegraph, was our first celebrity scribe. When he died of a heart attack at his typewriter in 1921, he had been writing about nothing but boxers and horses for more than 20 years. Red Smith, probably the dean of the profession, always contended that his columns on what he fondly called “the ponies” were his best work.

Horse racing was so ingrained in our culture that the horse track comedy, usually starring Bing Crosby or Mickey Rooney or William Holden – all racing fans in real life – practically constituted a separate Hollywood genre. One of the Marx Brothers' biggest hits was “A Day at the Races.”  And anyone who’s ever seen a musical can sing a verse from the opening number of “Guys and Dolls,” which was based on the stories of Damon Runyon: “I’ve got the horse right here, His name is Paul Revere.”

America’s love of horse racing has never died; it’s  dormant for a few years at a time till something or someone revives it. The enormous success of Laura Hillenbrand’s 2001 book “Seabiscuit” and the subsequent film made from it with Jeff Bridges and Tobey Maguire sparked a new interest in racing, reflected in the growing number of people who tune in to the Derby. In 2010 there was another popular film about a racing legend, “Secretariat,” with Diane Lane and John Malkovich. (The exposure netted Secretariat a plum job as Craig Ferguson’s mascot on “Late Late Show.”)

Bert Sugar knew that America’s love for the Kentucky Derby revealed one essential fact about us as a people:  “Americans love horses. They always will.”  In one of the most famous episodes of “The Sopranos,” James Gandolfini’s Tony kills Ralphie (Joe Pantoliano) in part because he believes Ralphie let Tony’s horse, Pie-O-My, die in a suspicious fire to get the insurance money.

You think Tony would have whacked him over a race car?