Feds: Wildfire season is expected to go way over budget, and climate change is to blame 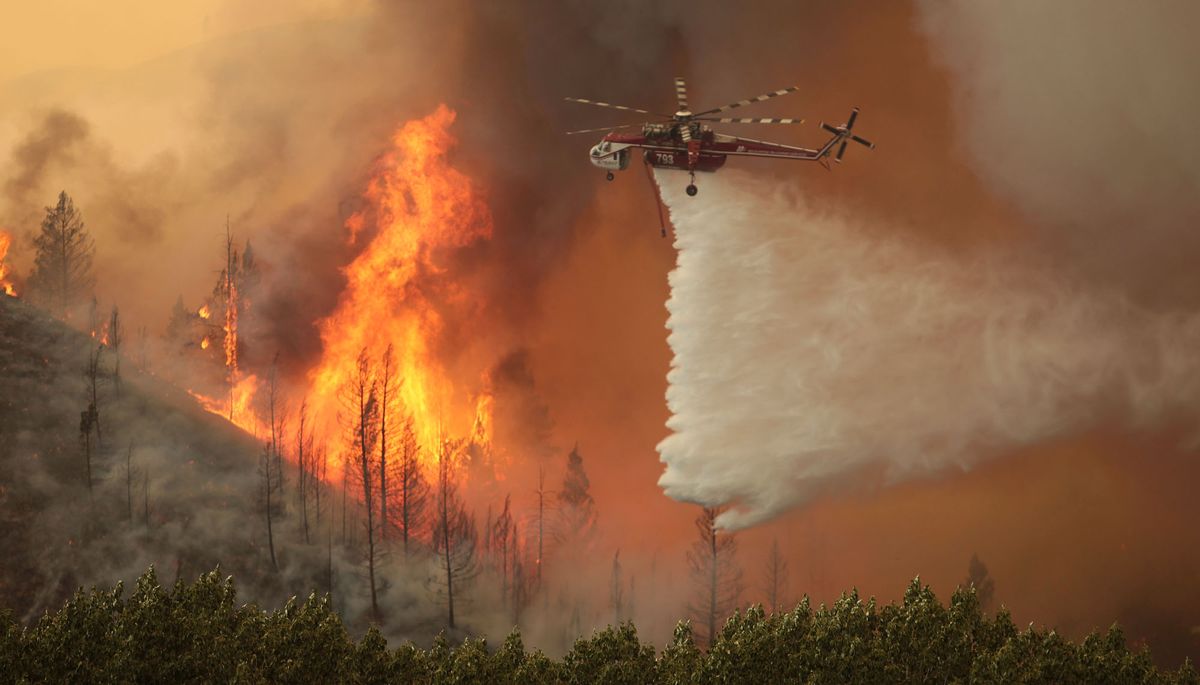 The U.S. is gearing up for one monster of a wildfire season this year, with the drought-ravaged Western states -- California, New Mexico and Arizona -- ready to ignite. And if things get as bad as predicted, the USDA warned in a new report, the federal government's going to be about $400 million short the money needed to fight back.

The U.S. Forest Service and Department of the Interior may need to spend as much as $1.8 billion fighting fires this year, the federally mandated report says. However, they only have $1.4 billion available to do it, meaning they're going to have to start "fire borrowing" -- which involves taking funds away from programs, like brush clearing and controlled burns, aimed at reducing future blazes. Thus begins a rather frightening cycle.

Both departments, in fact, have had to resort to fire borrowing seven out of the past 12 years. Meanwhile, increased development has made more people vulnerable to the blazes, and fighting them therefore more expensive. But that's not the only reason why this year is going to be so expensive, the agencies say. DOI Assistant Secretary of Policy, Management and Budget Rhea Suh specifically called out climate change as an underlying cause of the growing problem.

"With climate change contributing to longer and more intense wildfire seasons, the dangers and costs of fighting those fires increase substantially," Rhea said. The report notes that fire seasons have gotten 60-80 days longer over the last three decades, and that annual acreages burned have more than doubled.

One way or another, the fires are going to be fought -- it's not really a problem anyone's able to ignore. But the agencies are pushing for a change to the way we fund their efforts: bipartisan legislation recently introduced in Congress, and backed by Obama, would treat the worst wildfires as natural disasters, like hurricanes, qualifying them for special relief funds not subject to budget caps.