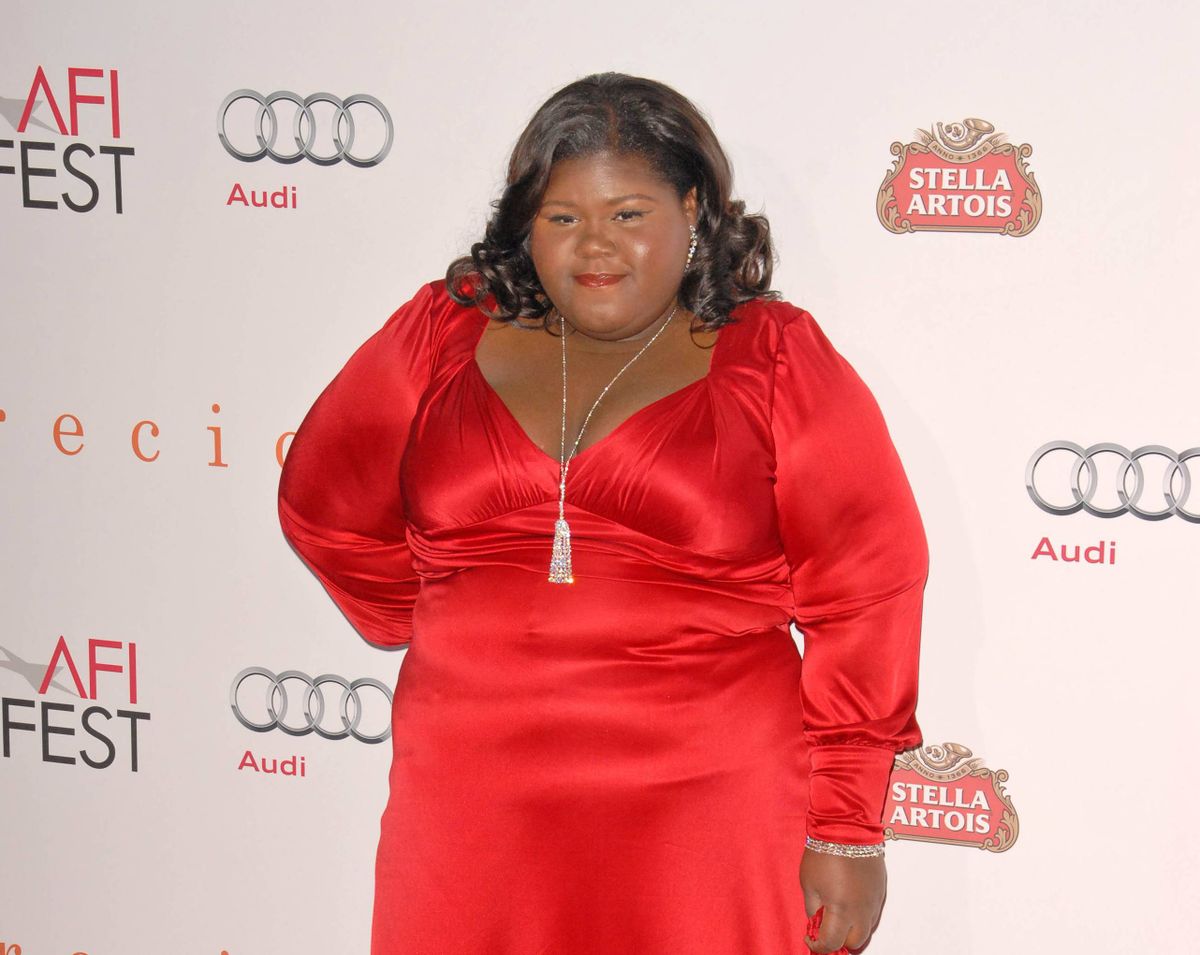 Hundreds of activists and media elite gathered at the palatial 42nd Street Cipriani on Thursday night for a very special edition of the annual Gloria Awards, which doubled as the 80th birthday bash for feminist icon Gloria Steinem. Hosted by the Ms. Foundation for Women, the night's impressive lineup included a performance by Sophie B. Hawkins, a video address from the Obamas and Hillary Clinton, and speeches from comedians Chelsea Handler and Amy Schumer and actress Gabourey Sidibe.

Sidibe, the niece of Steinem's longtime friend and Ms. Magazine co-founder Dorothy Pitman Hughes, moved the audience with humor, sorrow and wit when the told a powerful story about the harshness of children, about the limited abilities of her (and, ultimately, all) parents, and about how she found power and strength and confidence despite it all.

Sidibe later admitted that "it's not easy."

"It's hard to get dressed up for award shows and red carpets when I know I will be made fun of because of my weight," she said. "There's always a big chance if I wear purple, I will be compared to Barney. If I wear white, a frozen turkey. And if I wear red, that pitcher of Kool-Aid that says, 'Oh, yeah!' Twitter will blow up with nasty comments about how the recent earthquake was caused by me running to a hot dog cart or something ... This is what I deal with every time someone takes a picture of me."

Sidibe says she was berated at home and at school (where, she says, kids were mean to her because she was "an asshole!" and "a snob"), but then she moved in with Hughes and one photograph (yes, that's the one) gave her hope:

What I would say, is my mom moved my brother and I to my aunt's house. Her name is Dorothy Pitman Hughes, she is a feminist, an activist, and a lifelong friend of Gloria Steinem. Every day, I had to get up and go to school where everyone made fun of me, and I had to go home to where everyone made fun of me. Every day was hard to get going, no matter which direction I went. And on my way out of the house, I found strength. In the morning on the way out to the world, I passed by a portrait of my aunt and Gloria together. Side by side they stood, one with long beautiful hair and one with the most beautiful, round, Afro hair I had ever seen, both with their fists held high in the air. Powerful. Confident. And every day as I would leave the house... I would give that photo a fist right back. And I'd march off into battle. [She starts crying] I didn't know that I was being inspired then. On my way home, I'd walk back up those stairs, I'd give that photo the fist again, and continue my march back in for more battle.

I live my life, because I dare. I dare to show up when everyone else might hide their faces and hide their bodies in shame. I show up because I'm an asshole, and I want to have a good time. And my mother and my father love me. They wanted the best life for me, and they didn't know how to verbalize it. And I get it. I really do. They were better parents to me than they had themselves. I'm grateful to them, and to my fifth grade class, because if they hadn't made me cry, I wouldn't be able to cry on cue now. [tears up] If I hadn't been told I was garbage, I wouldn't have learned how to show people I'm talented. And if everyone had always laughed at my jokes, I wouldn't have figured out how to be so funny. If they hadn't told me I was ugly, I never would have searched for my beauty. And if they hadn't tried to break me down, I wouldn't know that I'm unbreakable. [wipes tears] So when you ask me how I'm so confident, I know what you're really asking me: how could someone like me be confident? Go ask Rihanna, asshole!

For a full copy of the speech (it's worth the read), head over to Vulture.