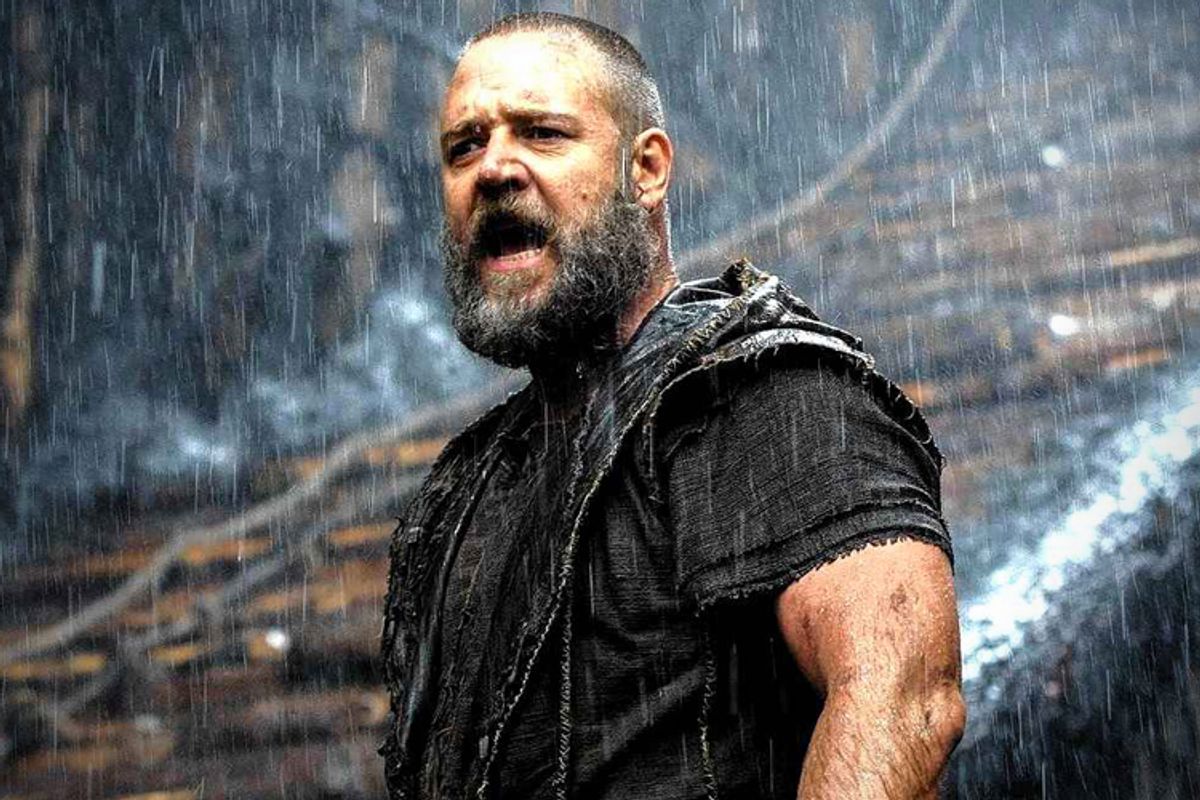 Christian cinema is having a bit of a moment, with the release of "Noah," Ridley Scott’s "Exodus: Gods and Kings" and Timur Bekmambetov’s soon-to-follow "Ben-Hur." The genre is nothing new, of course. Consider Cecil B. DeMille’s early 20th century Christian epic trilogy, consisting of "The Ten Commandments," "The King of Kings" and "The Sign of the Cross": Epic in its proportions and daring in its subject matter, it spoke dramatically to a generation of Americans beset by the travails of unprecedented war and economic depression.

For as much as Christian cinema repeats enduring Christian images and ideas – the same characters and stories are bound to reappear – it also tends to report on its target audience. This was true, for example, of 1973’s "Godspell," a film rendition of the Broadway musical that reimagines Jesus and his disciples as the few outcast hippies in a New York City full of urban apathy. And now, in the era of big budget blockbusters, our theaters are preparing to host a deluge of Christian-themed epic cinema, with "Noah" being the latest iteration.

Set in the modern era, "God’s Not Dead" also follows in this vein. Unlike "Godspell’s" gentle, almost playful vision of Christianity, the current wave of Christian film portrays an image of God’s faithful as deeply embattled in a hostile world, playing on contemporary persecution narratives in what MGM executive Gary Barber called “the faith-based content space.”

That persecution is the order of the day is clear not only from the selection of stories but also from their embellished retelling; "Noah," for example, took a relatively short and simple tale from Genesis and reworked it into a large-scale us-against-them narrative concerning a single rustic and pure family versus an industrialized and brutal society. Critics noted the obvious environmental thrust of the contrast between the protagonists and their enemies, but the pitting of the rural and simple against the urban and malicious also brings to mind very recent events in the history of the American Christian persecution imagination – for example, the trumped-up controversy over anti-gay remarks made by "Duck Dynasty’s" Phil Robertson at the end of 2013.

It seems likely that "Exodus" will feature a similar dynamic, with Christian Bale set to lead as Moses in a “very Old Testament” handling of the famous liberation story. "Ben-Hur," meanwhile, being fictional rather than expressly biblical, is an example of the Christian persecution narrative par excellence; it will doubtlessly tap right into the favorite tropes of the persecution story, from false accusation to isolation and outcasting to noble suffering and eventually triumph, all set to the backdrop of those very themes in the life of Christ.

It’s possible to imagine that these stories simply reflect persecution themes and that retelling them without that emphasis would cut out something crucial; but the reality is that contemporary conservative American Christian culture is enjoying something of an unprecedented martyr complex. As scholar and Notre Dame professor Candida Moss noted in a 2013 interview related to her book "The Myth of Persecution":

Practically speaking, the use of the category of persecution to describe the experience of American Christians—be they “progressives” or “conservatives”—obscures and dilutes the experiences of those facing real violence. To give but one recent example: on January 26, 2012, the day that Newt Gingrich stated in a debate that he had entered the race for the Republican nomination in order to fight the “war on Christianity,” a report emerged of 35,000 Christians being forced to flee their homes in Nigeria. The Christians were forced to leave, it was reported, by the Islamic group Boko Haram.  In media reports the mass exodus of thousands of people in Nigeria received considerably less attention than Gingrich’s reference to the war on Christianity. This is in part the result of the American media’s (and people’s) lack of interest in national affairs, but at the same time it demonstrates the extent to which the rhetoric has trumped reality.

Moss’ take on the American Christian imagination of persecution seems especially prescient given that Nigeria’s Boko Haram insurgent group is still on the loose, most recently allegedly forcing some 230 kidnapped schoolgirls into marriage. Nonetheless, the American Christian consciousness still lingers on trying to figure out which set of Christians has been victimized by which other set of Christians via Sarah Palin’s ill-timed and badly conceived “waterboarding is how we baptize terrorists” comment at a recent National Rifle Association convention.

Picking up the persecution narrative for silver screen adaptation tells us something, therefore, about the type of story American Christians are interested in hearing refracted to them through the prism of familiar stories, but it also tells us something a bit more calculated: what studio executives expect will sell. As Moss points out, persecution stories bring in viewership and attention, so it’s no great wonder that Hollywood bigwigs have homed in on the trend. Nonetheless, this makes for a rather bizarre alliance between the Christians who feel compelled by persecution stories and the media moguls they usually accuse of perpetrating the persecution.

"Noah," for example, was charged with forwarding an “Al Gore set-up” by prominent Christians, stirring the furor of a potential boycott; the existence of a “Christian Oscars” speaks volumes of a population that is simultaneously served by the Hollywood industrial complex while deeply resentful of it. It appears, then, that the self-image of victimhood the Christian right has long maintained in relation to Hollywood and culture at large is now being sold back, with predictable flair and fine special effects, wrapped up in a tremendously cheapened Christian message.