The U.S. economy added an average of 238,000 jobs over the past three months. It's not all good news, though 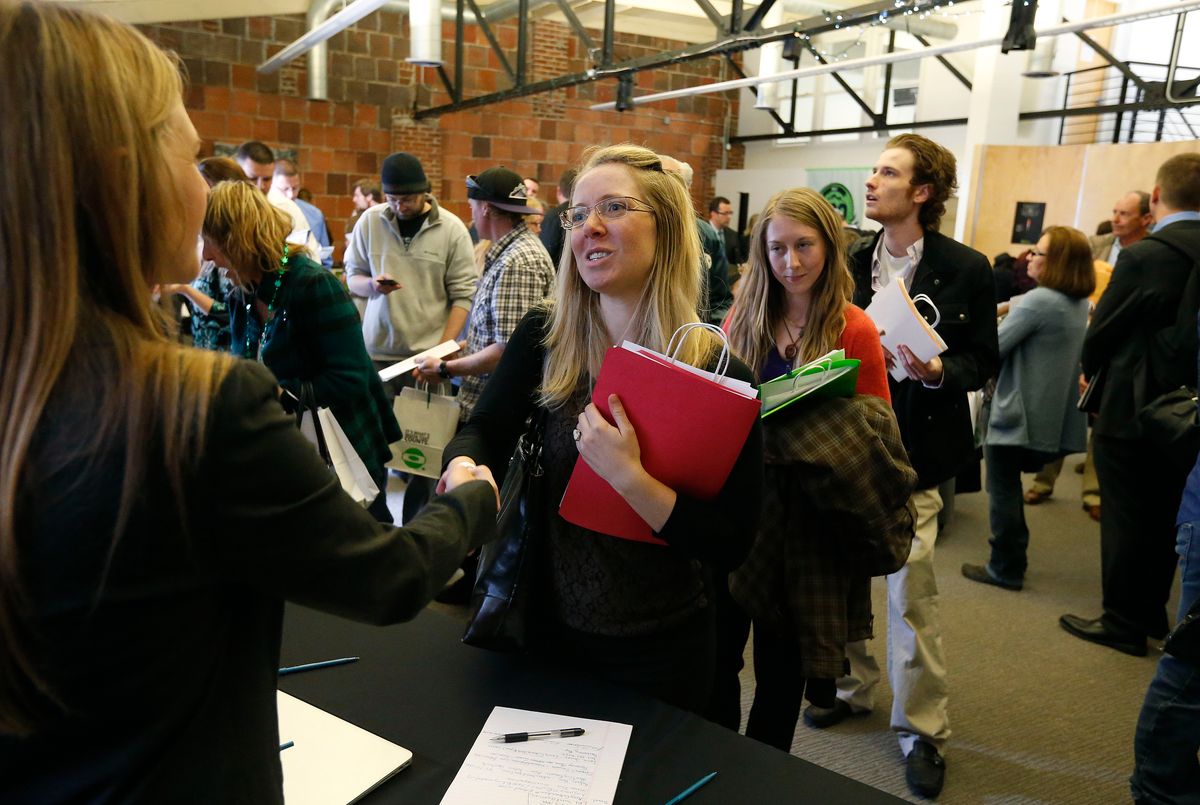 WASHINGTON (AP) — U.S. employers added a robust 288,000 jobs in April, the most in two years, evidence that the economy is picking up after a brutal winter slowed growth.

The Labor Department also said Friday that the unemployment rate sank to 6.3 percent, its lowest level since September 2008, from 6.7 percent in March. But the drop occurred because the number of people working or seeking work fell sharply. People aren't counted as unemployed if they're not looking for a job.

In addition to the strong hiring in April, employers added more jobs in February and March than previously estimated. The job totals for those two months were revised up by a combined 36,000.

The jump in hiring comes after a spate of other data showed that the economy is improving. Consumers are ramping up spending, businesses are ordering more goods and manufacturers are expanding. The strengthening numbers show that harsh snowstorms and frigid cold in January and February were largely to blame for the economy's scant growth at the start of the year.

The economy barely expanded from January through March, eking out an annual growth rate of just 0.1 percent, down from a 2.6 percent rate in the final three months of 2013. Americans spent more last quarter on utilities and health care, but their spending on goods barely rose. Businesses also reduced spending, and exports fell.

Still, other data indicate that the economy was already rebounding in March and probably improved further in April. Consumers bought more cars and spent more at shopping malls. Overall consumer spending soared in March by the most in 4½ years.

Spending is up partly because Americans earned a bit more, and confidence has improved from the bleak winter months. Incomes rose 0.5 percent in March, the government said, the most since August.

And a private survey showed that manufacturing activity accelerated in April for a third straight month.

Businesses are also investing more in machinery and equipment after cutting back in those areas in January and December. Business orders for manufactured goods jumped in March, the government said last week.

All told, the positive news has led most economists to forecast a strong rebound in economic growth — to a 3.5 percent annual rate in the current April-June quarter. And growth should reach nearly 3 percent for the full year, up from 1.9 percent in 2013, they expect.