Beyond the wedgies: How we oversimplify schoolyard bullying

A new PSA that encourages the bullied to seek revenge on their bullies sends the wrong message. I would know 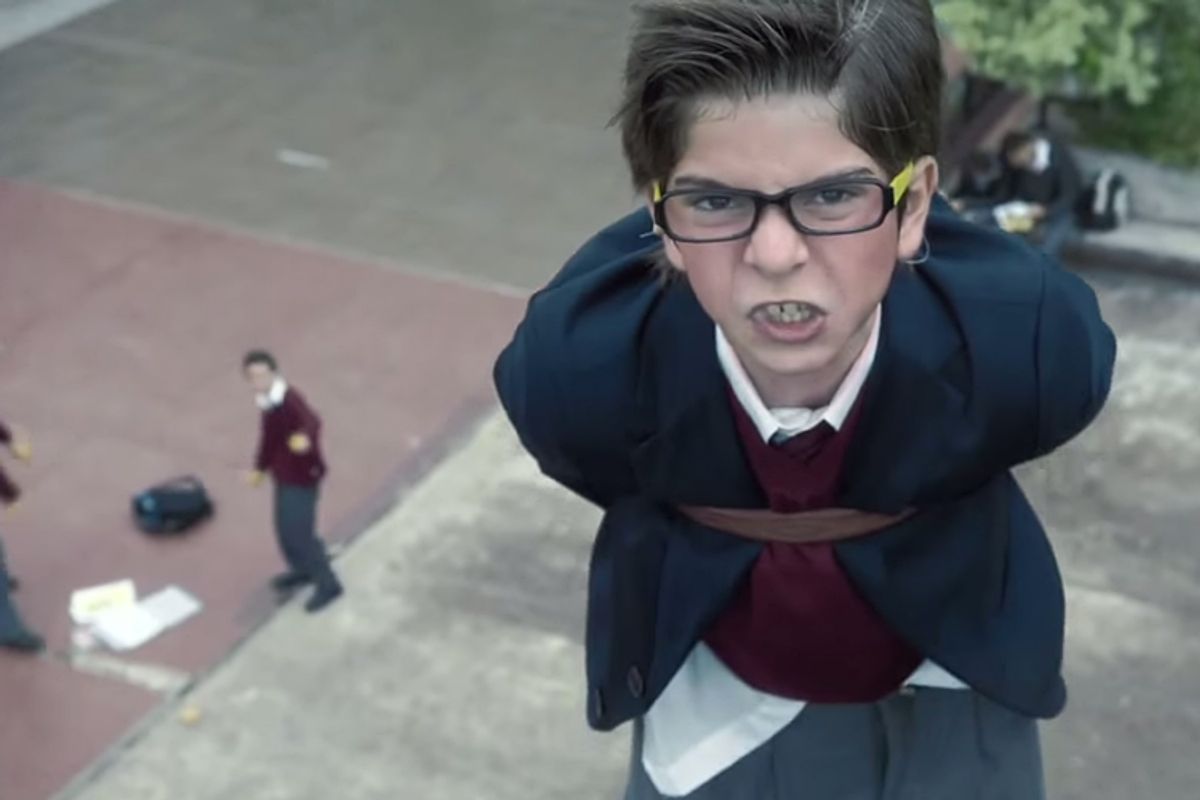 There’s an anti-bullying PSA that’s making the rounds on social media. Del Campo Nazca Saatchi & Saatchi, an advertising company from Argentina, produced the PSA, and it’s a part of VH1’s new anti-bullying campaign. The PSA depicts archetypal bullying behavior: a toilet bowl dunk, a towel whipping and a flagpole hoisting. And while this is happening, the victims are singing, to the melody of Gloria Gaynor’s “I Will Survive,” about how they will get their revenge one day. When they are bosses, they will make their childhood bullies shine their shoes, perform slavelike labor, and endure constant abuse.

The message is clear: Bullying victims should take solace in the fact that they might get to be bullies themselves one day, on an even grander scale. The bullies should feel fearful, because they will one day reap the fruits of their actions. A victim just has to “survive” long enough to extract his or her pound of flesh. Alas, this is not close to how bullying works in real life, either from the perspective of the victim, or from the perspective of the bully. And unfortunately, it’s a common sentiment.

Bullying is a trending topic these days, and that’s a great thing. The more culturally unacceptable it is, the better. For the anti-bullying initiative to be successful, however, we must promote real change — not simplistic, tongue-in-cheek window-dressing. We need to elevate our discourse beyond the superficial and stereotypical. Unfortunately, I would know.

As a kid, I was a victim of extreme bullying. I’m a second generation Chinese American, and I grew up in a small town, where barely anyone looked like me. There was racial bullying, from kids and adults. The standard “ching chong” and “chink” comments were too common, whether yelled on the playground or hurled from passing cars. Most of the bullying, however, was directed at my mannerisms. I was socially and culturally awkward — I spent most of my time reading books and keeping to myself.

I got in several minor fights. I would shove and hit people when they called me weird or made fun of me to my face. Or I would get into a physical confrontation on behalf of someone else. My best friend in elementary school was “Mary,” a special needs student who was incredibly nice — she was my only friend who didn’t question my ethnicity — and emotionally underdeveloped. She brought her favorite doll with her to school, and she would whisper and talk to it during lunch. On one particular day, several of our classmates took Mary’s doll, and began simulating lewd acts with it. I went over to their lunch table and wrenched it back from them. This, of course, led everyone to conclude that I was in love with Mary. I was embarrassed, and thus, I talked to her less. Kids can be cruel, and relentlessly so. Aggressively confronting a bully does not always end the behavior, and sometimes it can make it worse.

These are obvious examples of bullying, but bullying can take place in subtler ways. They are difficult to pinpoint, and thus, they are difficult to stop. A girl unzipped my backpack, and all my belongings spilled out in the hallway. A former friend, “Samuel,” made fun of me to impress his new friends. A few weeks later, Samuel ignored me altogether.

Bullying isn’t always a swirlie in the boy’s bathroom — that’s an angry and confrontational act. Bullying can take many different forms: It can be small indignities and micro-aggressions that accumulate over time. It can be exclusionary, it can be psychological, and it can be done with little physical effort. It can take place anonymously online — a problem that is’t addressed enough, and ought to be addressed more.

Furthermore, muscular alpha jocks and preppy cheerleaders are not the only bullies. We imagine our societal failings as rarefied abstracts, because they allow us to deny responsibility. Some of my bullies fit the “bully” archetype, but others were smaller than me, or less conventionally attractive than me, or more socially awkward than me.

A victim of bullying can also become a bully. I was bullied, but I also bullied another classmate — someone who dressed “funnier” than me, talked “funnier” than me, and had severe dandruff. I never initiated the bullying, but I never did anything to stop it. And, at least twice, I joined in — sometimes with the very people who attacked me. It was better to be on their side, I figured, than against them. There was also a Darwinian mentality to my actions – a need to establish myself, definitively and decisively, in the social hierarchy of my peers. Bullies are not one-dimensional, and their motivations are complex. They may even come to regret their actions.

One thing is for certain, however: None of my bullies are writhing in some karmic hell today, paying the price for their misdeeds. It’s a silly, desperate naiveté, that those who do wrong will get their comeuppance, decades later. Life is not reciprocal. Yes, there are many schoolyard bullies who end up miserable, but many virtuous children end up miserable too. There are bullies whose actions persist into adulthood, but there are also bullies who lead wonderful, productive lives and outgrow their childish cruelties.

As for the victims, no child should ever “toughen up” and accept his or her victimhood. Bullying is not something to be endured or “survived” — it is not a “fact of life” or a natural part of growing up. And no children should harbor and internalize their bitterness, and wait for the day when they too can bully and make others suffer. Victims need to be empowered and reassured of their own worth; victory comes from living well, not from “turning the tables.” Bullies, too, need to be empowered and reassured, because confident, whole people do not build themselves on the ruins of others.

Today, I’m a teacher in a public high school. I’m a mentor to several of my 11th graders. I run a peer mediation group, where I train students to settle conflicts peacefully. The irony isn't lost on me: After enduring so many years of schoolyard misery, I've spent my whole professional life working in a school.