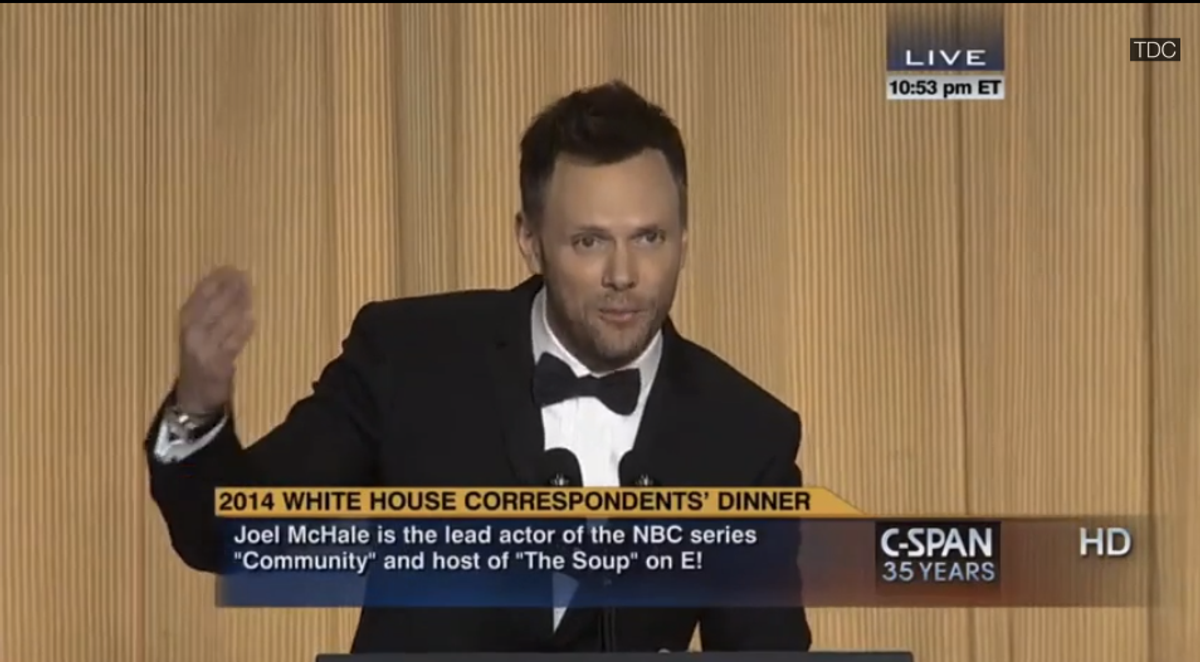 "All right, how about the president’s performance tonight, everyone? Sir, it’s amazing that you can still bring it with fresh, hilarious material. My favorite bit of yours was when you said you would close the detention facility at Guantanamo Bay. That was a classic. That was hilarious, hilarious. Still going."

"Hillary Clinton has a lot going for her as a candidate: She has experience, she’s a natural leader. As our first female president, we could pay her 30 percent less."

"Fox News is the highest-rated network in cable news. Yeah, I can’t believe your table’s pushed off that far. And it’s all thanks to their key demographic, the corpses of old people who tuned into Fox News and haven’t yet been discovered."

"Jeb Bush says he’s thinking about running. Wow, another Bush might be in the White House. Is it already time for our every 10 years surprise party for Iraq? As it stands right now, the Republican presidential nominee will either be Jeb Bush, Rand Paul or a bag of flour with Ronald Reagan’s face drawn on it. Bag of flour! All right."

"It’s pretty bad in other places. By comparison, America is doing great. ... And what’s our biggest concern as Americans? TV show spoilers. In other countries, a spoiler consists of, 'Hey, I haven’t been back to the village yet, so don’t tell me who survived the drone strike. No spoilers!' Sorry about that one."