When Ohio's secretary of state cut early voting, it sparked an outrage. Here's how political the process really was 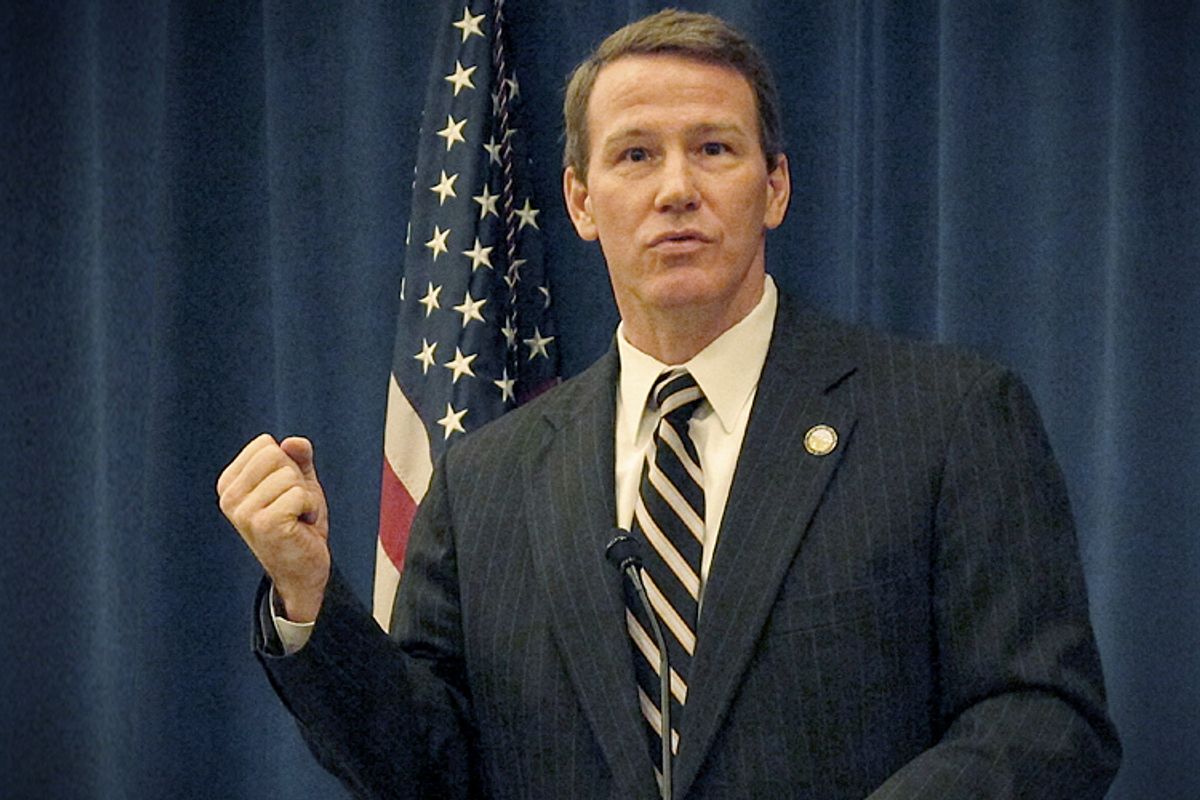 In February, Ohio’s Republican Secretary of State Jon Husted announced his decision to cut early voting on Sundays and weekday evenings. This met swift opposition from voting rights advocates, who say the move is apiece with a Republican-led nationwide attack on voting methods highly utilized by minorities, who tend to lean Democratic.

Salon has obtained email correspondences of officials working for Husted. Covering more than three months leading up to his controversial changes to early voting, the records show no interest among three top officials, including the Secretary of State, in how eliminating Sunday voting might affect the state’s African-American communities, which had long placed particular emphasis on after-church voting.

The records also show that, in exercising its power to send information about the recent voting changes to organizations throughout the state, Husted’s office appears to express a strong preference for providing information to Republican-aligned groups, and even specifically addresses the possibility of excluding non-Republican legislators.

Emails in which Secretary of State officials deliberate on which groups should receive an educational document containing information about the state’s new voting protocol go into impressive detail on Republican-aligned organizations — Second Amendment groups, Right to Life, Tea Party, Conservative Groups, hunters, YR [Young Republicans], the Republican-aligned National Federation of Independent Business, and the Ohio Voter Integrity Project (a voter-fraud focused group that has been accused of harassing voters) — and then simply lists “minority groups” with apparently just one specific example [the reference to Rev. Pierce]. At one point, the Secretary of State’s communications director asks whether the office should exclude all non-Republican legislators in the dissemination of voter education material.

“Why wouldn’t you send this to Democratic legislators?” asks Mike Brickner of the ACLU of Ohio, which last week filed a lawsuit on behalf of several civil rights groups and African-American churches asking a federal judge to strike Husted’s new restrictions on early voting. “The Secretary of State's office should be providing this material to basically every group in the state that works with people who are 18 or older regardless of their background or their political beliefs. Looking at these lists there seems to be more emphasis on getting this voter educational material to what are traditionally conservative groups.”

Brickner says that — together with the apparent lack of discussion relating to the racial impact of changes to early voting (the Secretary of State's office declined to provide us with any additional emails that might have shown such discourse) — the emphasis the Secretary of State’s office places on educational outreach to its political allies is particularly distressing given that minority groups appear likely to bear the brunt of the election changes.

“It would be my expectation,” says Brickner, “that when you are going to cut a service that has predominately been used by one section of the community that it only makes sense that you would want to talk about who is going to be most affected by this change and how are we going to parter with them or work with them to hear their concerns.”

A fair and comprehensive voter education outreach by the Secretary of State’s office is especially essential in light of the constant flux of Ohio’s voting laws, says Carrie Davis, executive director of the League of Women Voters of Ohio, which organizes extensive get-out-the-vote efforts in the state. “Almost every time we have an election, the rules are different from last time we voted,” Davis says. “If it’s difficult for the people who follow election law to keep up with all the changes, its certainly going to be onerous for regular citizens seeking to vote and the lack of outreach coming from the Secretary of State has been concerning.”

Husted’s office tells Salon that the election changes make early voting in Ohio fairer. “The hours for early, in-person absentee voting came about as a result of a bipartisan voting schedule recommended by local Republican and Democratic elections officials,” a spokesperson for the Secretary of State told Salon in a statement, “and will be the same in each of the 88 Ohio counties, ensuring all voters have equal access to the polls no matter where they live.” Husted’s office stresses that Ohio still has more extensive voting options than many of its neighboring states.

The records request included Husted, his general counsel and his elections director. The office did not release a single one of Husted’s emails, nor would it directly answer questions about whether any discussion regarding the racial impact of limiting early voting took place on a textual platform other than email or whether such conversations may have taken place before the earliest included date of the records request. The disclosed records include dozens of pages of spreadsheets that include early voting data from the 2012 election. Brickner says the spreadsheet contains the most comprehensive aggregation of those numbers he has yet seen, and that the numbers demonstrate clearly the heavy use of early voting in the state.

This is not the first time Husted has been accused of attempting to suppress minority voting. In the lead-up to the 2012 presidential election, he announced his office was limiting the three days of early voting just prior to election day. A federal court blocked that effort, asserting that Husted’s plan would cause “irreparable injury” to voters in the key swing state. In addition to the changes initiated by Husted, Republican state legislators in February eliminated the state’s “Golden Week,” six days of early voting where people can register and vote on the same day.

After the 2004 election, Ohio became famous for extremely long polling-place lines. Voting rights advocates see early voting as a primary line of defense against such obstructions to voting, says Brickner. “The fear is that all of these cuts to early voting will take us back to that place we never wanted to be in the first place.”