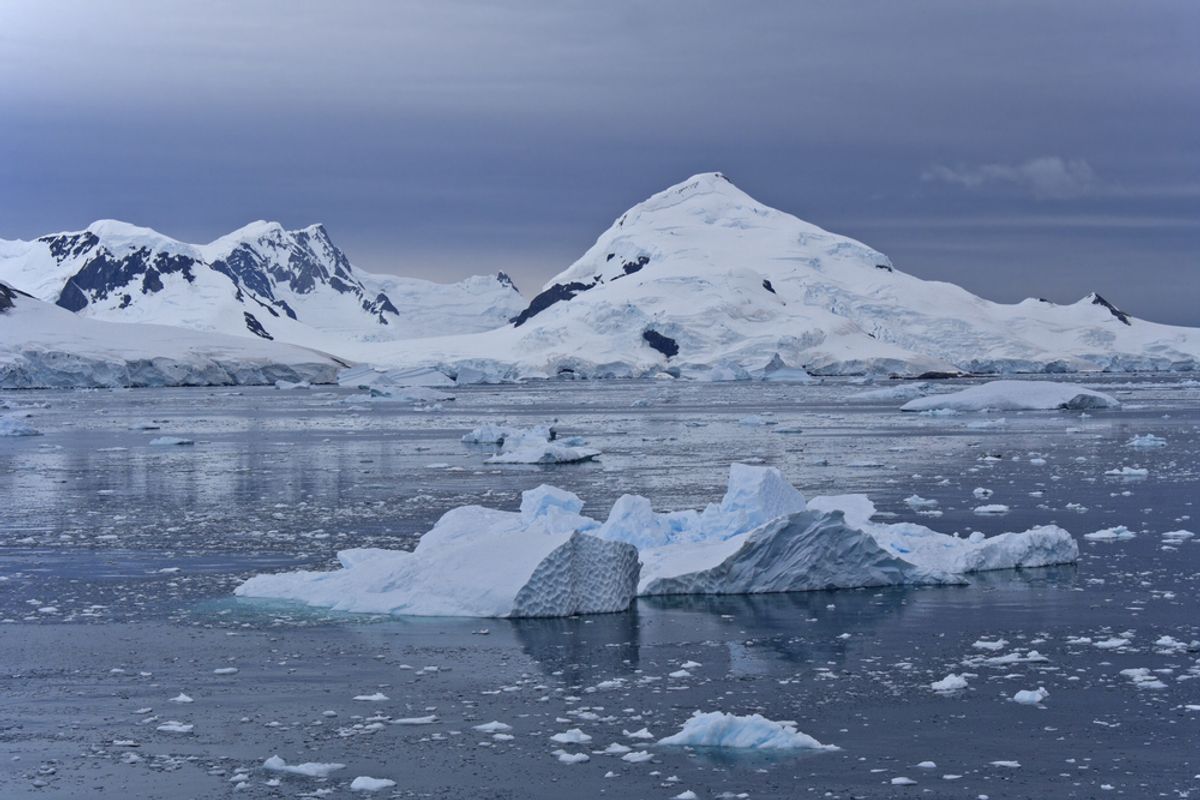 We really need to start paying more attention to East Antarctica; if, that is, we want to avoid an "unstoppable slide of ice into the ocean" that would "raise world sea levels for thousands of years."

A new study in the journal Nature Climate Change highlights the risk posed by a region of the East Antarctica that, it turns out, is a lot more vulnerable to global warming than previously thought. From Reuters:

The Wilkes Basin in East Antarctica, stretching more than 1,000 km (600 miles) inland, has enough ice to raise sea levels by 3 to 4 meters (10-13 feet) if it were to melt as an effect of global warming, the report said.

The Wilkes is vulnerable because it is held in place by a small rim of ice, resting on bedrock below sea level by the coast of the frozen continent. That "ice plug" might melt away in coming centuries if ocean waters warm up.

"East Antarctica's Wilkes Basin is like a bottle on a slant. Once uncorked, it empties out," Matthias Mengel of the Potsdam Institute for Climate Impact Research, lead author of the study in the journal Nature Climate Change, said in a statement.

Co-author Anders Levermann, also at Potsdam in Germany, told Reuters the main finding was that the ice flow would be irreversible, if set in motion. He said there was still time to limit warming to levels to keep the ice plug in place.

We're talking about a very long-term timescale here: If ocean temperatures rise, the study indicates, it would take about 200 years for the "ice plug" to melt. After that, it could take between 5,000 and 10,000 years for the ice to empty out from the Wilkes Basin. But while this isn't something we're likely to see in our lifetime, it is something we're actively determining now: As Climate Progress points out, the researchers' scenarios considered ocean temperatures that were 1 to 2.5°C warmer than they are today. Our current goal is to limit warming to 2 degrees, but unless significant changes are made now, it's becoming increasingly unclear whether we're going to be able to stop there.