CBS' Lara Logan disaster: Why they're really considering taking her back

While Dan Rather got sent packing into obscurity, the network has set out to appease the right. Here's what it cost 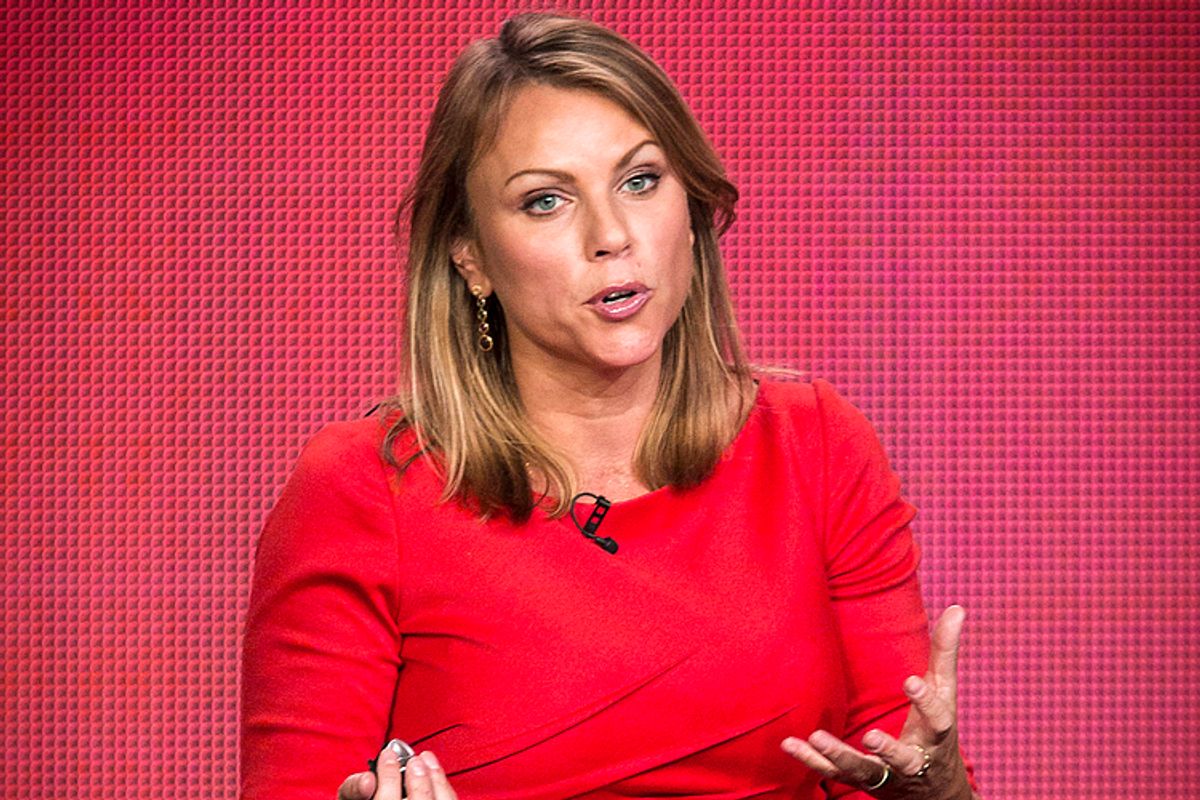 Remember Rathergate? Of course you do. It was the biggest "Liberal Media" scalp the right wing ever took. The man who had bedeviled presidents from Nixon to Bush was taken down in one fell swoop with a hoax that supposedly proved a 30-year-old rumor that President Bush had checked out of his Texas National Guard duty early. CBS held a series of high-level investigations with outside experts and Rather was forced to leave the network for which he had been a star reporter and anchor for decades. It was a humiliating end to a stellar career of war reporting, muckraking and speaking truth to power with which CBS, in its heyday known as the "Tiffany Network," had built its reputation. That it happened on the venerable "60 Minutes" (or rather its spin-off, "60 Minutes II") made the scandal even more ignominious.

It happened at the height of Iraq invasion-mania, one of the low points of American journalism. It was unusual during that time for any network to pursue partisan political stories that reflected badly on the White House, an abrupt departure from the practices of the previous decade in which no story was too old or too obscure to be splashed on the front page and featured as a shocking scandal of epic importance. Conveniently for the Bush administration, the media decided the public suffered from "scandal fatigue" and, in any case, the nation was far too busy fighting evil to spend any time delving into the past. And so Dan Rather was gone.

But the Bush administration was not amused. They called the head of CBS to the White House and gave him a stern talking to:

In an effort reportedly intended to repair relations with the White House in the aftermath of CBS' publication of unauthenticated memos concerning President Bush's service in the Texas Air National Guard, CBS president Andrew Heyward met with then-White House communications director Dan Bartlett in January 2005. According to Broadcasting and Cable magazine: "Heyward was 'working overtime to convince Bartlett that neither CBS News nor Rather had a vendetta against the White House,' our source says, 'and from here on out would do everything it could to be fair and balanced.' "

The use of the Fox News tagline was a nice touch. And CBS was very accommodating from that point forward. So accommodating, in fact, that it promoted Lara Logan, a notorious pro-military war hawk, as its star correspondent.

And according to this latest profile of Logan in New York magazine, the top brass at the network thought that the following comments didn't merit any concern about fairness or balance from its new star reporter in the wake of the Benghazi attack:

When I look at what's happening in Libya, there's a big song and dance about whether this was a terrorist attack or a protest. And you just want to scream, for God's sake, are you kidding me? The last time we were attacked like this was the USS Cole which was a prelude to 9/11. And you're sending in the FBI to investigate? I hope to God that you are sending in your best clandestine warriors to exact revenge and let the world know that the United States will not be attacked on its own soil, its ambassadors will not be murdered and the United States will not stand by and do nothing about it.

That speech by Logan, almost a year before her notorious Benghazi hoax story was aired on "60 Minutes" last October, was characterized by one wag at the time as “shoot ’em, bomb ’em, fuck ’em. They will kill your children.” And yet, according to the New York magazine story, she and her conservative producer had free rein at the network to do what they liked. Logan was given the Benghazi story all to herself at "60 Minutes," but it wasn't until Logan's producer was offered an early look at the hoaxter's book, which was set to be published by CBS publishing's conservative imprint, Threshold Editions, that she was able to find the angle she'd been looking for. And despite her very obvious starry eyed view of these mercenaries, apparently Logan's credulity was "the central pillar of the report" and when asked about her source she vouched for him personally, describing him as "one of the best guys you’ll ever meet.” And then (in shades of what James Wolcott once described as "Judy Miller and Scooter Libby buttering each other's toast at the St Regis") she called up Senator Lindsay Graham to verify her hero's claims that it was an attack by al-Qaeda.

None of this is to say that Logan didn't have a right to her viewpoint. There really is no such thing as "unbiased" journalism, and her worldview is as legitimate as Dan Rather's or any other reporter's. The point is that in similar fashion to Judith Miller, who also famously attached herself to the national security state apparatus and helped them spread lies, Logan's biases led her to be similarly uncritical of the military's often unsparing disdain toward politicians --- something that's been true of the military since time began. Logan seems to have taken the usual griping by the brass and turned it into a crusade. And it made her into a propagandist, something CBS appears to have known was a potential problem long before she fell for the hoax.

She even said in that December 2012 speech:

There is a distinction between investigating something to find out what the real situation is and trying to prove something that you believe is true. And those are two very different things. The second one is the enemy of great journalism. And it's a trap that is very easy to fall into. In fact it was my boss Jeff Fager who kindly reminded me of that fact at a certain point in the process and he was absolutely right about that.

So they knew. But they let her go anyway. Evidently she was something of a favorite in the executive suite and was highly valued for her star quality. But that's not the problem. All organizations feature some of that and the TV news business is also show business, where good looks are a commodity for both men and women. The real problem is that CBS cut a deal a decade ago when it entreated the Bush White House for forgiveness and promised that it would be "fair and balanced," which in modern media parlance stands for bending over backwards to appease the right wing. And they never looked back.

Dan Rather, the veteran newsman, was sent packing for his sins. He now has a show on AXS TV, where he does some really interesting work that only a handful of people see. CBS is apparently still mulling over Logan's future. From the sound of it they see their failure to smoke out the hoax as the error -- when, in fact, it was their executive decision to become supplicants to power nearly a decade ago that led them astray.