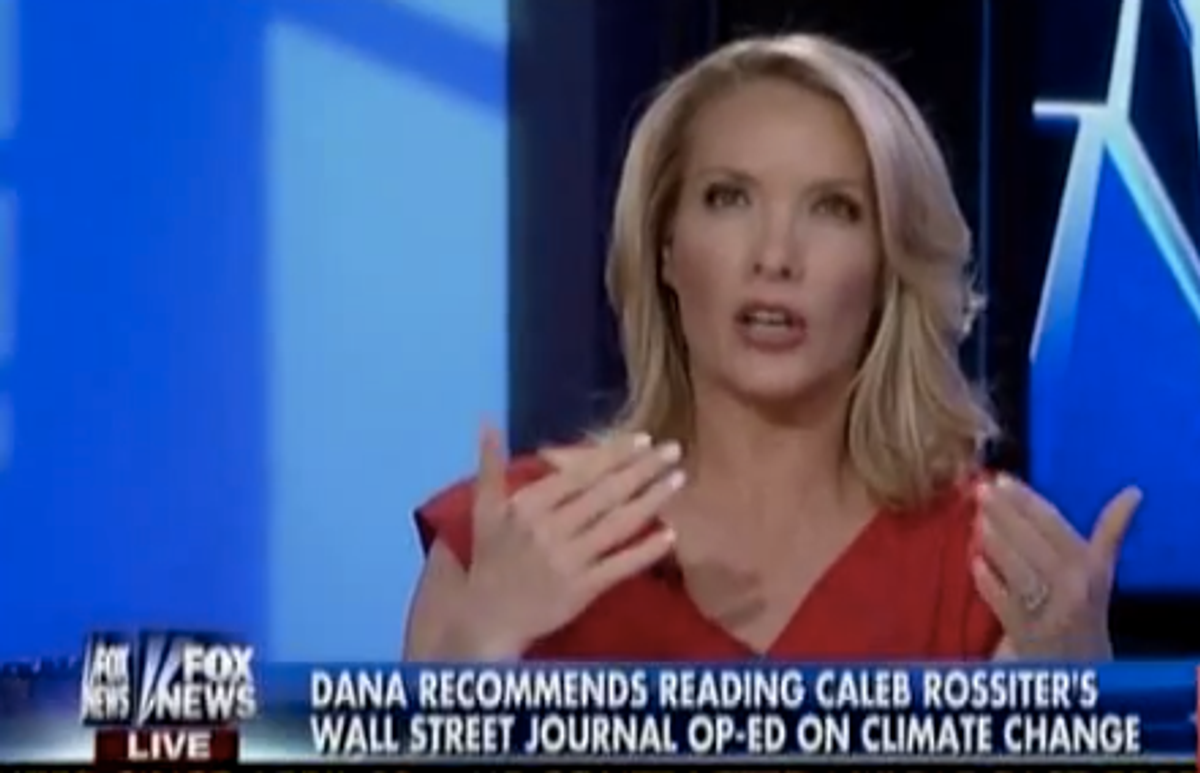 Fox News is our go-to source for outrage over Benghazi. Not so much for information about climate change, a topic that the network, when it does bother to cover it, usually gets wrong.

Combine those two "quirks," and you get this hilarious bit of self-parody: Noting that President Obama had invited eight prominent TV meteorologists to the White House Tuesday to cover the release of a landmark report on climate change, "The Five" co-host Dana Perino dared them to ask the tough questions.

Get on it, Al Roker.