Gurbaksh Chahal has lost his job. His girlfriend has lost more

The tech exec pled guilty, but still says he's innocent. The woman he attacked is silent and subject of innuendo 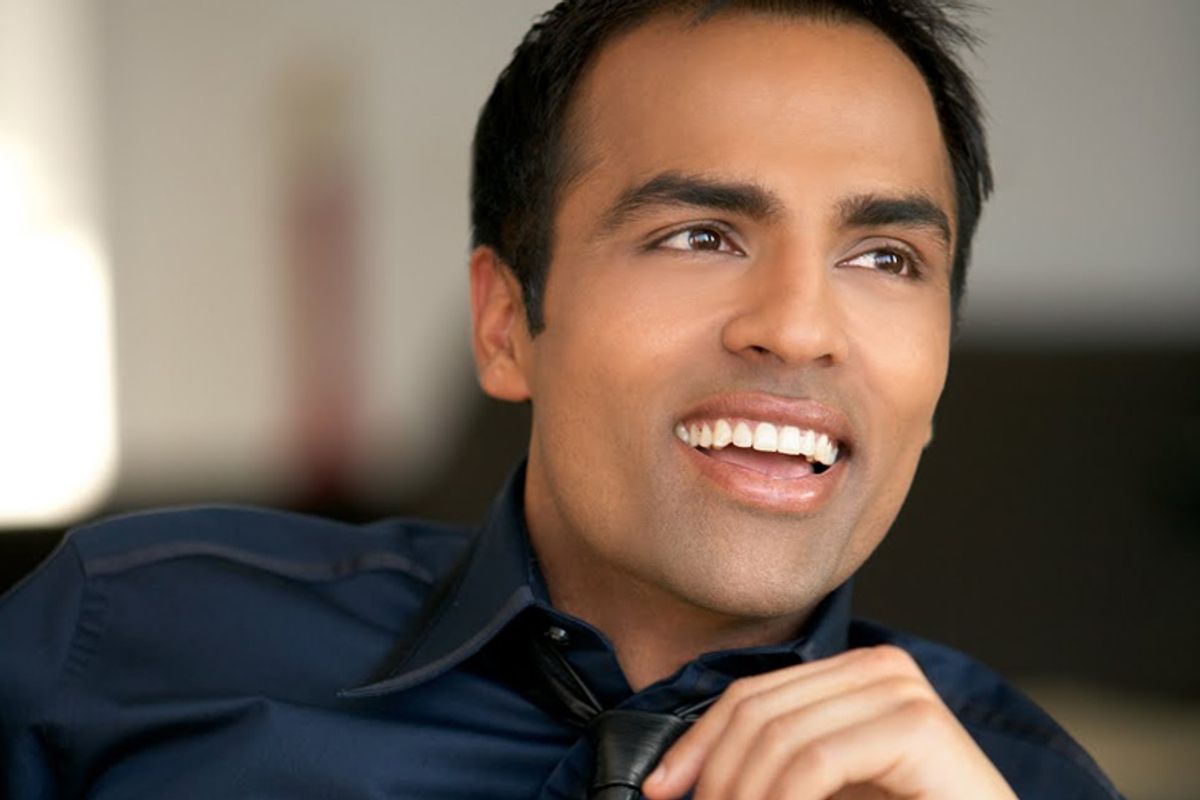 Last week, Gurbaksh Chahal lost his job. Public outrage over his attack on his girlfriend last August — 116 kicks and punches over the course of 30 minutes, ending in 45 felony counts in criminal court -- finally proved too much for the board of RadiumOne, where Chahal had been CEO, and they fired him.

At first glance, this might seem to be a victory in the fight against violence against women. A community took Chahal’s measure and acted accordingly. But in fact, there is little justice in this outcome. Although a film allegedly exists of the beating, the judge in the case ruled the film inadmissible because it was obtained without a search warrant. Chahal pled guilty to misdemeanor domestic violence, was given three years’ probation, a year in a domestic violence program and 25 hours of community service. He will serve no jail time. His firing — he did not offer to step down — will be his only punishment, and the firing itself amounts to little more than a good public relations move. Chahal still owns a substantial share of RadiumOne.

Despite having pled guilty in court, in Internet protestations of his innocence Chahal has essentially claimed that he is a victim of a political witchhunt. He has also tried to wrap himself in the American flag. “What is the American Dream?” he has asked. “That you can come from nothing and make something of yourself not once, not twice but three times, only to have all of it come crashing down from misinformation, that is spun wildly out of control into the world of make believe and then goes viral into the blogosphere. We need to hold on to the American Dream, and reject those who would rather make it a nightmare.”

In Chahal’s world, the problem is not that he beat his girlfriend and threatened to kill her. The problem is what people said about him afterward — the public outrage that has interfered with his chances for success. But of course, it has not. He seems to have enjoyed his time in the spotlight, blogging about his innocence, proclaiming himself a victim. And no matter what anyone says or does, Chahal will still reap the profits of RadiumOne.

Despite the beating and the charges and the alleged existence of the film, Chahal’s girlfriend refused to cooperate with the prosecution. Instead, she disappeared from view. You will not find her blogging about her experiences. You will not find her quoted in stories on Gawker, Slate, Salon or Forbes. She is gone in the way that so many women who have experienced violence are gone, into a world where the crime against her can and will be used against her, as an assessment of her identity — She must have brought it on herself! — or a derogation of her character.

Every time I have read about Chahal, I have thought of my great-grandmother. In 1907, when she was 17 years old, she married a carpenter. Less than two years later, she walked into a courtroom in Waukesha, Wis., and pled her case for divorce. By the time a lawyer stood by her side, she had been starved and beaten and threatened with knives and a gun. She could not vote nor did the law entitle her to the same protections that men enjoyed. The American-born daughter of German immigrants, she was barely a citizen, not as we understand what it means to be a citizen today.

She got her divorce. The final ruling codifies the facts: she had been nearly killed and she had good reason — that is, legally supportable reason — to be in fear for her life. But the judge wrote his ruling such that her husband would never have to pay her a dime. In so doing, he provided my great-grandmother with the outcome she wanted but preserved my great-grandfather’s pocketbook.

After that, a great cloud of silence settled over her. The very act of speaking up on her own behalf guaranteed that she would be shamed for the rest of her life. There were plenty of rumors about her in the town where she lived, plenty of people who thought she was a whore and said so, who thought she brought the beatings on herself. Whispers and stories and gossip followed her for all of her days, as brutal in their time as the Internet is today, and her own family buried the experience so deeply that my mother and grandfather never knew the truth of it.

So I’m not surprised that Chahal’s girlfriend has disappeared. I cannot know her reasons nor can I speak for her, but I do know that for all of our advances in recognizing violence against women and in providing shelter and legal redress, for all that women can vote and hold political office and serve as judges and write for newspapers and the Internet and blogs and books and magazines, for all that we profess outrage over the actions of a man like Chahal, even now, a woman who publicly tells what she has suffered can expect to be subjected to humiliation. To have her character assassinated. To be called insane. To be called a whore. The legal profession even has a name for this: they call it the “nuts and sluts defense.”

This is why, for every woman who dares to go public with her story, for every girl who insists she was sexually abused as a child, for every woman who writes about the savagery that shaped her life until she battled to get away, there are dozens more who stay quiet. Hundreds more. Thousands more. A great river of women standing silently in witness to the things that have been done to them but who cannot bear to subject themselves to more brutality, more rage, more trauma. They already know the cruelty of misinformation, the pain born of rumors, and the living nightmare of make-believe.

Randi Davenport is the author of "The End of Always " (Hachette/Twelve, 2014) and "The Boy Who Loved Tornadoes" (Algonquin Books of Chapel Hill, 2010).