Monica Lewinsky breaks her silence on Bill, Beyoncé and the blue dress in Vanity Fair 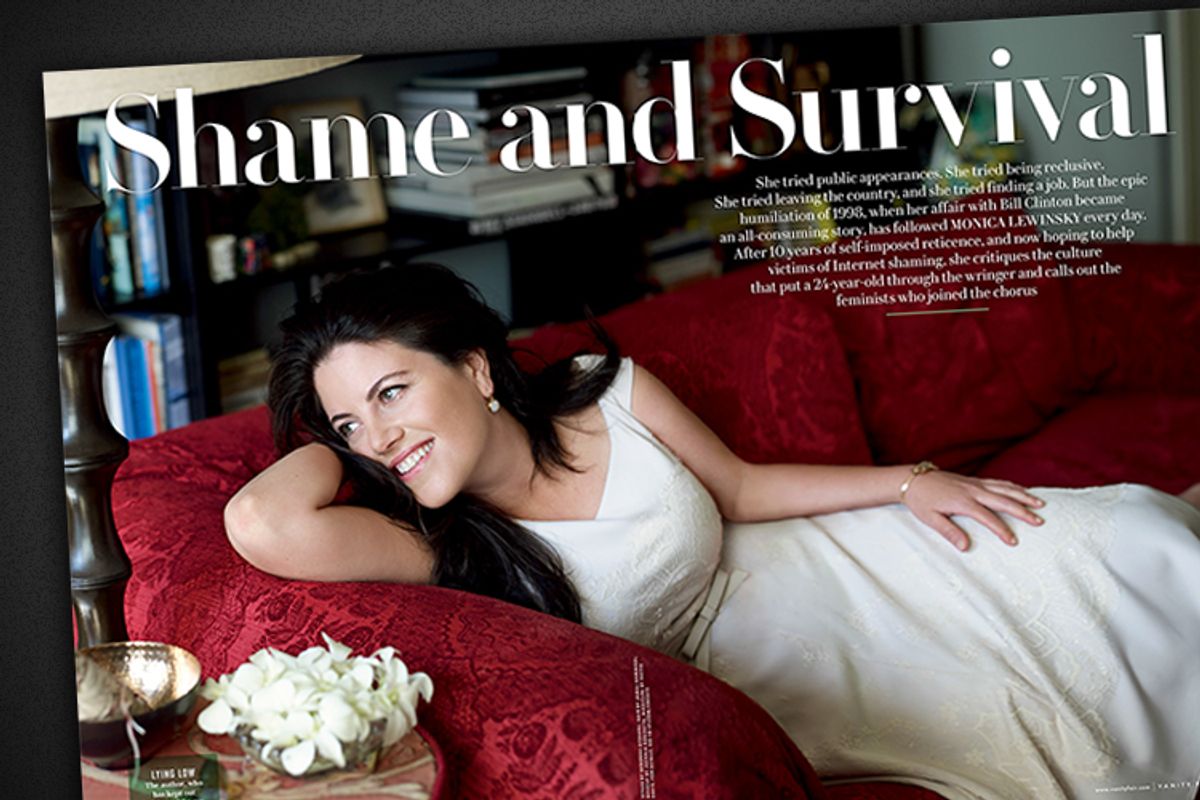 But she's finally speaking out, in a piece under her byline in the new issue of Vanity Fair. Citing two iconic garments from the impeachment trial, Lewinsky writes: "It’s time to burn the beret and bury the blue dress."

The newly-minted freelance writer has a sharp sense of wit about "what happened," though. She tells Beyoncé, whose recent single "Partition" refers to a beau who "Monica Lewinsky'd all on my gown" (a crude reference to biological evidence on the famous blue dress) that "I think you meant 'Bill Clinton'd all on my gown."

These jokes can hardly be what Hillary Clinton -- the first lady during the Lewinsky affair who rose to prominence as a politician in no small part due to her sympathetic post-affair profile -- would want as she maybe/maybe-not prepares to run for president. Nor, too, will be Lewinsky's criticism of the former secretary of state, whose conversations with associate Diane Blair were recently revealed to have shown Clinton bitterly dismissive of Lewinsky. "She may have faulted her husband for being inappropriate, but I find her impulse to blame the Woman—not only me, but herself—troubling."

It's Lewinsky's desire to defend herself against Hillary Clinton's years-old criticisms that seems to have motivated the piece -- she's staking out ground before Clinton runs for president (if she indeed will). "Should I put my life on hold for another 8 to 10 years?" Lewinsky asks. Her new mission appears to be defending young people shamed on the Internet, like Tyler Clementi, the Rutgers student who committed suicide in 2010. Online shaming is a subject Lewinsky knows intimately, and one about which she has big plans. Her goal "is to get involved with efforts on behalf of victims of online humiliation and harassment and to start speaking on this topic in public forums."

A lofty goal. But whether it's late-nineties revanchism, the desire for a soap opera, or merely the acknowledgment that at last something seems to have complicated Hillary Clinton's march to the nomination, it's hard not to read that and think: See you on the speakers' circuit, Hill!