The U.S. is in for hotter, smoggier summers 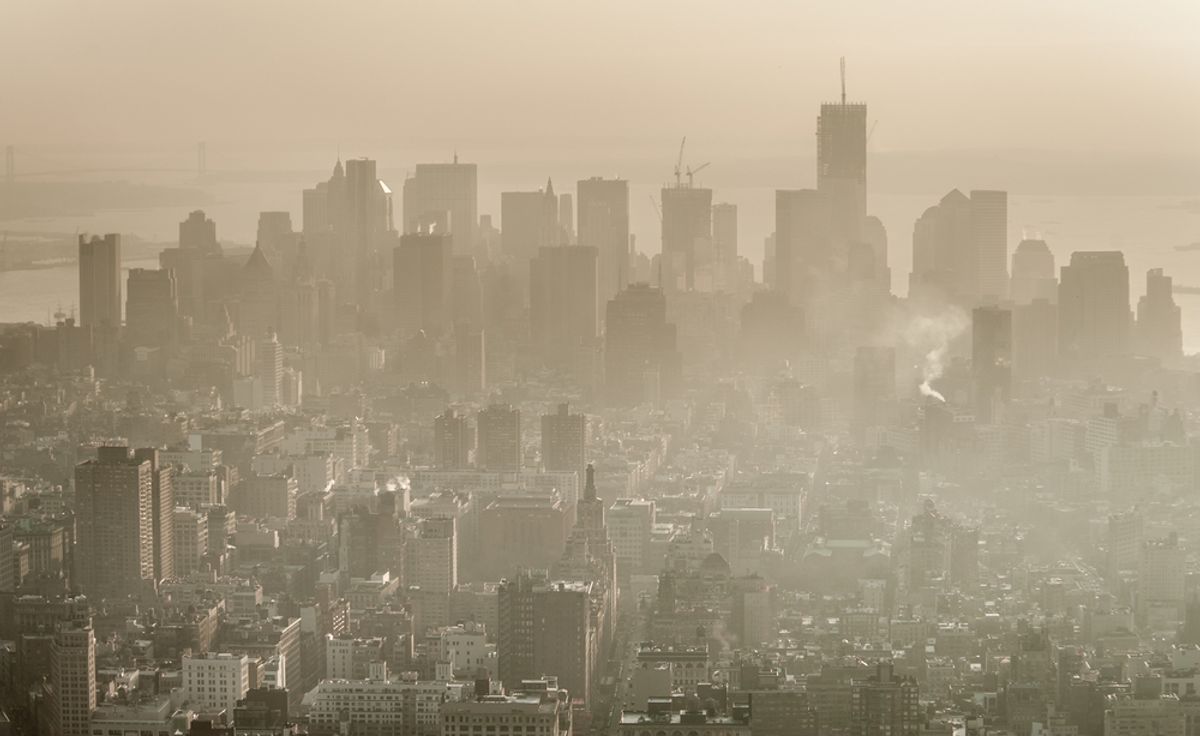 Add this to the list of ways climate change is going to change life in the U.S. for the worse: As summers get hotter, the country's likely to be hit with growing amounts of dangerous ozone pollution. Also known as a key component of smog, ozone could increase by as much as 70 percent by 2050, scientists at the National Center for Atmospheric Research in Boulder, Colo., found.

Cue the coughing and sore throats, not to mention asthma, bronchitis and emphysema.

Here's more from The Atlantic Cities:

There are a few reasons for this projected leap, which is described in a study funded by the National Science Foundation and the U.S. Department of Energy. The atmospheric reactions that create ozone happen at a quicker pace in warmer temperatures (the kind of temperatures, for instance, that've defined the world's recent onslaught of record-hot years). Plants also play a role because sweltering weather prompts them to release more volatile organic compounds, substances that help produce ozone. Methane, another ozone-enabler, has seen a global rise in prevalence; the potent climate-bending gas has more than doubled in atmospheric concentration since the pre-industrial era.

As ozone is most likely to soar to harmful levels in already polluted, heat island-shrouded urban environments, these findings do not bode well for America's major cities. Although the threat affects the country broadly, the scientists see certain regions that already struggle with foul air at risk of long stretches of unhealthy ozone.

“A warming planet doesn’t just mean rising temperatures, it also means risking more summertime pollution and the health impacts that come with it,” said lead scientist Gabriele Pfister, of the National Center for Atmospheric Research (NCAR), in a statement. But because this is caused by multiple factors, the researchers point out even with warming, sharp reductions in oil and gas emissions can make a significant difference -- in such a scenario, their models show, ozone levels would cross the upper limit set by the EPA less than one percent of the time. Said Pfister, "Our work confirms that reducing emissions of ozone precursors would have an enormous effect on the air we all breathe."