Reality show sets are abusive to women and emotionally exploitative. So why can’t I stay away? 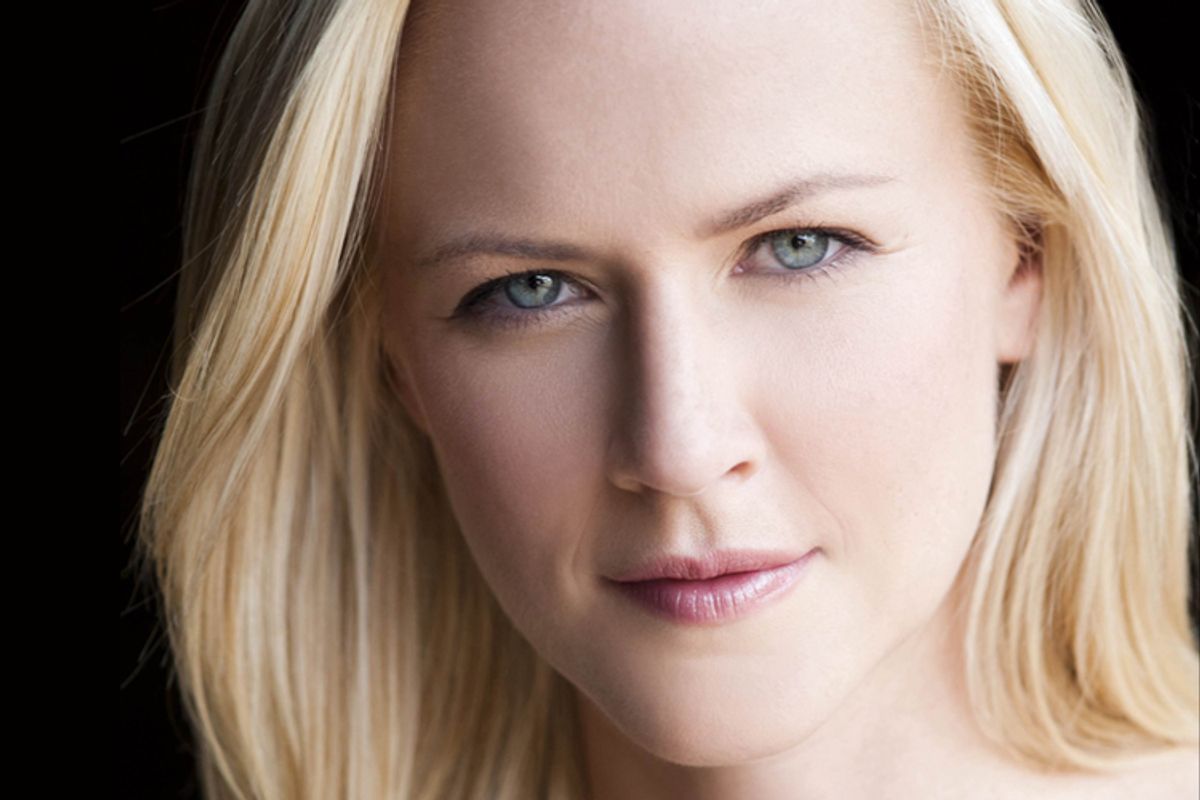 As soon as I turned 18 I sent an audition tape to “Road Rules: Australia.” I was so naive that it never occurred to me that I wouldn’t be chosen. While my friends were heading off to start college, I was sure reality TV was the one way for me to make a name for myself. And then, out of 36,000 applicants, I got picked. I had watched the show enough to know that I was cast to play the “character” of the stereotypical naive, virginal Christian, but I took it as a compliment given the less desirable, alternative prototypes. This was way back when Clinton was in office, MTV still played music, and the reality television boom was still a couple of years away.

Like so many others, I’d watched “The Real World” and its sister show, “Road Rules,” with voyeuristic fascination. In these early years, I thought there was a kind of authenticity to the show. Casts were culturally and racially diverse. Episodes tackled serious issues as well as everyday concerns of the 18- to 24-year-old cast members.

In addition to being the youngest cast member on “Road Rules: Australia,” it was my first time abroad, and I was excited to experience new people and places. While filming was done with a documentary approach, there were moments when it was clear the producers wanted more action from the cast, and would encourage us to “make the most of this opportunity.” Only later did I realize this wasn’t for our benefit, but to help make better television. But those were tamer days, and only in later seasons did the booze-filled, fraternity-style, competition-based living situation emerge, as reality television became more popular.

Since my first season in 1998, I have participated in six more shows: five seasons of “The Challenge,” a competition-based reality show featuring recycled “Real World” and “Road Rules” cast members that is now in its 25th season, and an additional “Road Rules,” with my last show airing four years ago. And over the 15 years since my first show, I have seen reality television devolve from a fledgling social experiment to a race to the bottom where the person with the most outrageous behavior makes you a breakout star.

There are a few factors that contribute to the misbehavior you see each week on “The Challenge.” First, the people you see are cast in part because they lack the discernment found among civilized adults. Second, the cast is banned from bringing books, music, television, phones, cameras, computers, games and other forms of entertainment that would distract from cast interaction. Third, production provides the cast with an abundance of alcohol. Lastly, the people living together are competing against each other for money. Since the teams are coed, at times the women do not meet the athletic expectations of their male teammates, and are therefore seen as a nuisance or worse, exacerbating existing gender tensions.

While “The Challenge” living accommodations look glamorous, rooms often sleep 10 or more people, there are typically only one or two toilets for 30 people, and the showers are completely open (and have a ceiling camera pointed at them). There are also dozens of production people working in the house filming at all times.  While most of us knew what we were getting into when we signed on for the show, it does not make the conditions any more enjoyable.

Five years ago I filmed “Real World/Road Rules Challenge: The Ruins” in Phuket, Thailand. I ended up winning along with four male cast mates.  We all returned home after six grueling weeks of physical and emotional challenges, the show aired, and we moved on.  I returned to my life as a doctoral student, and was surprised two years later to see on TMZ that one of the cast members on that show was alleging that a sexual assault occurred on that season, in my bedroom, while I was in it, at the hands of two of my best friends.

Among the complaints in the lawsuit, Tonya Cooley alleged that while passed out drunk, Kenny Santucci and Evan Starkman inserted a toothbrush into her vagina and assaulted her while others (including producers) watched. She claimed to know details about the incident despite being, by her own admission, unconscious.  She said someone on the cast told her it happened. Despite being in the room during the time frame of the alleged incident, I did not see or hear an attack of any kind, nor would I, needless to say, have tolerated such behavior. The case ended in an undisclosed settlement that precludes all involved parties from discussing it publicly. I was never contacted regarding the lawsuit, nor was I ever asked to testify.

But during my seven seasons, I saw numerous gruesome physical altercations, outrageous verbal outbursts, and bullying among cast members. The season in Thailand was particularly violent, and Cooley was teased relentlessly during her many drunken stupors (some of which were featured in the season’s episodes).  Her clear abuse of alcohol during filming made her an easy target for torment, but an assault of any kind would not be justified or tolerated.  Ultimately, Cooley was removed from the show after she physically assaulted another female cast member.

I also saw firsthand how hostile the atmosphere could be for women. During a previous season, two cast members drunkenly came into my bedroom, woke me up, and one of them climbed the ladder to my bunk bed. He later said he was just being “playful” and “having a good time,” but the behavior was still aggressive and unwelcome.  After I said no, yelled no, and swore at him, he still refused to descend the ladder and leave the room.  I punched him and he fell to the floor.  The other cast members called for me to be sent home for violence and one male cast member said that “I shouldn’t come on these shows if I don’t want to party.”  Almost everyone on the cast felt it was I, not he, who had acted inappropriately.  I was not sent home, and production was supportive of me. I do not know if the reason I was not sent home was because I was defending myself or because the incident wasn’t caught on camera, and thus would have made my dismissal confusing for the show’s “plot.”

Much could be said about the ways women are portrayed on reality television. I have found that the environment places a microscope on the person you are; behaviors become exaggerated and people are caricatured.  The competitive atmosphere, the intensity of being on camera, and the boredom resulting from entertainment deprivation breed bad behavior from both sexes when coupled with excessive drinking. Furthermore, men and women being forced to cohabitate, share rooms and take open showers create an environment where sexual tension is heightened.

Beyond the living environment, the game aspect of the show is designed to be fiercely violent and sometimes sexual.  In Thailand, I participated in a one-on-one challenge with another female where we attempted to wrestle a rope away from each other. To the viewers it seemed to be raining, but actually production set up a sprinkler to create the illusion of rain. One male cast member described the battle as his “wet dream” come true. This sanctioned violence and produced sexuality is clearly designed to make the show appealing to its target audience, but it’s toxic on the inside.

People often tell me “The Challenge” cast members seem crazy and animalistic, and it occurs to me that the setting actually is a lot like a zoo. We are taken out of our natural habitats, put on display in a confined space, and expected to entertain the paying customers. Despite the premise of the show being what happens when people “stop being polite, and start getting real,” there is very little of the experience that could be counted as “real.” The circumstances are contrived to make the experience as extreme as possible and to provoke exaggerated behavior.

And yet, for some reason, I kept coming back. So I have to acknowledge my role in the perpetuation of this culture. I've often described my relationship with the show as an abusive one in that after each season I swear I’ll never do another one, but time passes and they call, pay me a compliment, and I sign on the dotted line. When I see the producers’ number on my phone I experience giddiness and dread, as if I’m seeing the phone number of an ex. Even after having a child, I considered returning because producers told me “I had a great chance of winning.” I considered leaving my toddler for six weeks to go to an undisclosed location simply because my ego was stroked. My “ex” was telling me I was still interesting and telegenic (and, given that I’m elderly by MTV standards, this was quite flattering).

After filming my last season four years ago, I returned to the real real world, earned a Ph.D. in religious studies from the University of Pittsburgh and started a family (which, for obvious reasons, complicates any considerations about joining another season). But no matter how bad the living conditions are in the “Challenge” house, no matter how unhealthy the gender dynamics, I still find myself tempted by the idea that someone finds me compelling enough to watch — even if they are only watching for a kind of perverse escapism as my cast mates and I emotionally implode. I have promised myself six times that I would never go back. I have returned six times.  Abusive relationships, after all, can be slow to end. But I’m looking forward to the day when I can confidently say that I’m breaking up with reality TV for good.

Susie Meister is a Ph.D. in religious studies, host of “The Meister Piece” podcast, and is on Twitter @susie_meister.