The conservative host took on the "Science Guy" on CNN's "Crossfire" 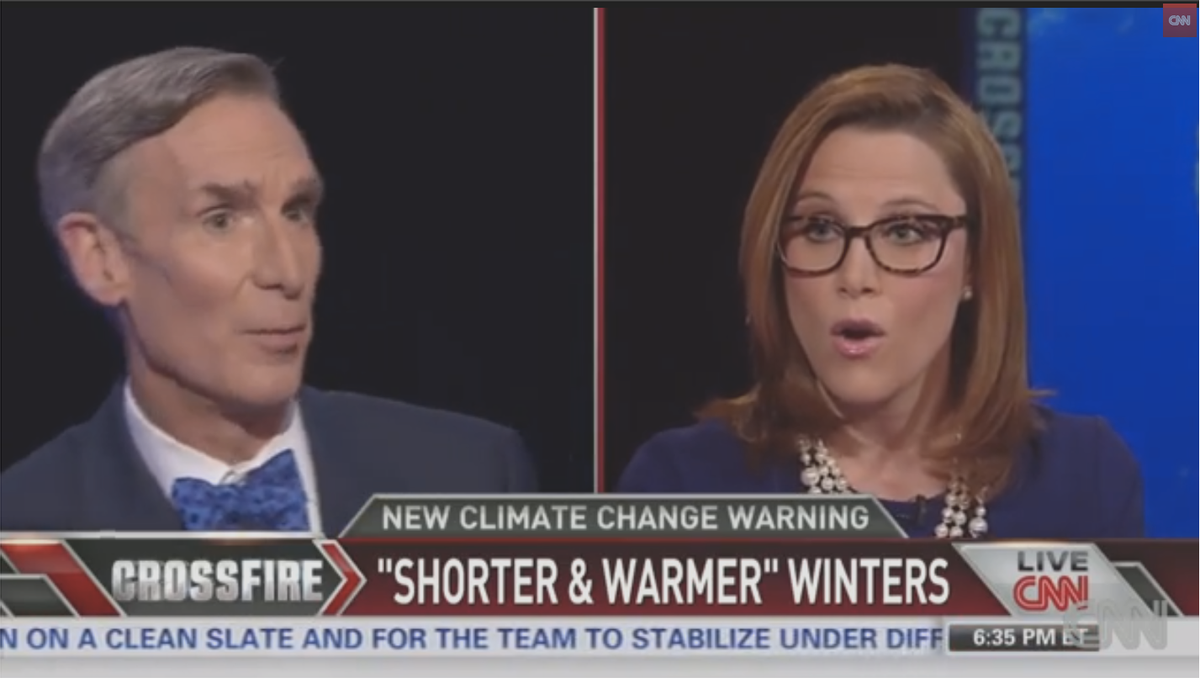 Popular science personality Bill Nye once again stepped up to the defense of science, appearing on CNN's "Crossfire" Tuesday night to discuss the third National Climate Assessment, a landmark report documenting the ways in which climate change is impacting the United States.

Officially, this was "Bill Nye the Science Guy debates climate change with Nick Loris of the Heritage Foundation," a conservative think tank with climate skepticism tendencies and reported financial ties to the Koch brothers, so it was all but certain to be a disaster. But the real battle ended up going down between Nye and conservative host S.E. Cupp, who accused Nye, along with the Obama administration, of attempting to scare people about the scary reality of climate change.

What Nye called "informing" the public about the social and economic cost of things that are already happening, like extreme weather and sea level rise, Cupp termed "scare tactics."

“Isn’t it a problem when 'science guys' attempt to bully other people?” Cupp asked. "Nick here had to say, ‘I’m not a denier.’ He had to get it out: ‘I’m not a denier.’ Because really, the science group has tried to shame anyone who dares question this, and the point I’m trying to make is, it’s not working with the public.” Loris, for his part, spent much of his airtime calling aspects of the report into question.

The science group, of course, includes more than just Nye -- choosing a "science guy" to stand up for the report instead of, say, one of the hundreds of scientists and experts who contributed to the National Climate Assessment, was a bad move on CNN's part. As was including very little actual information about the report's findings.

But scaring people, Nye pointed out, is kind of the whole point of a wakeup call:  “This third [NCA] report came out, saying it’s very serious," he told Cupp. "You say no. There’s the essence of the problem. The science, the researchers say yes.”

Check out an excerpt from the frustrating debacle below: