Census: More and more Americans are biking to work

The rate of bicycle commuting has exploded in the past decade 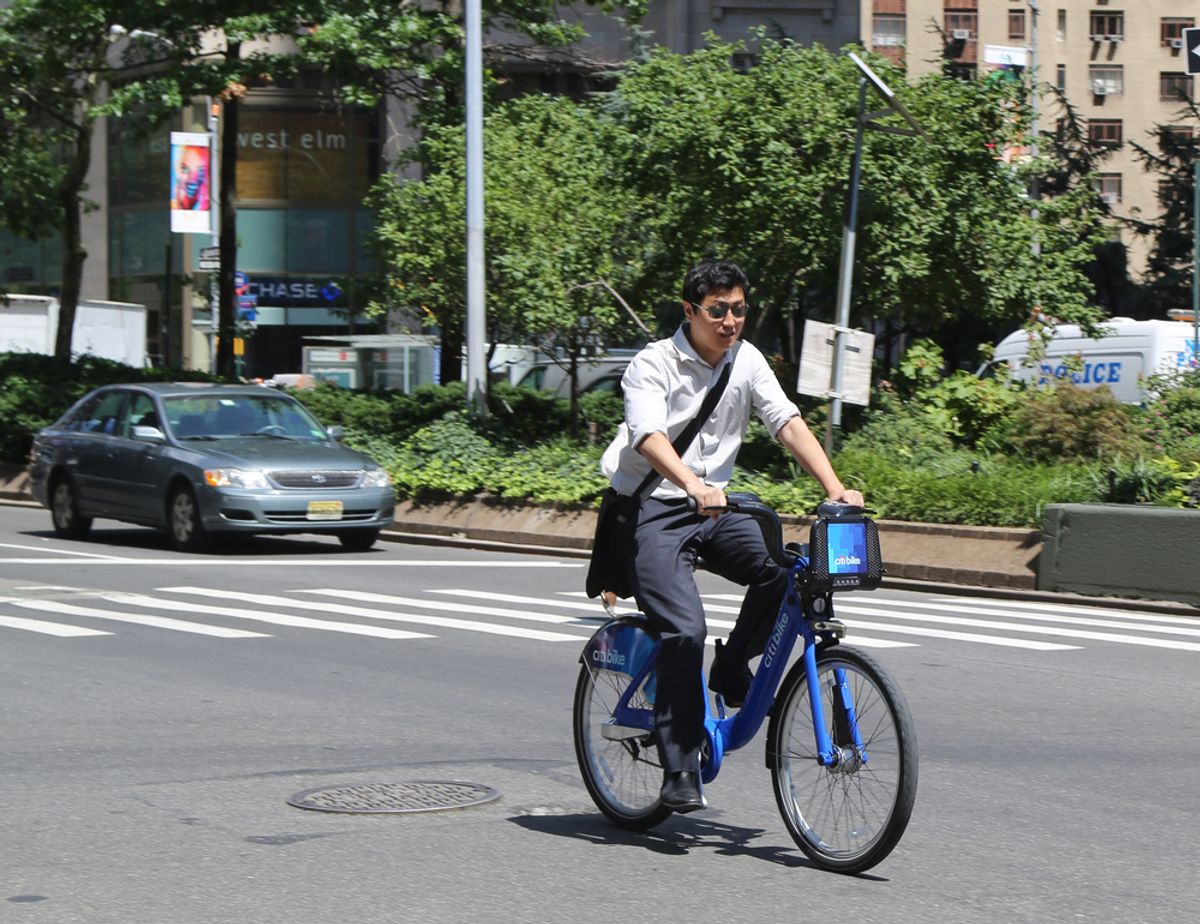 American is in the middle of bicycling Renaissance. According to statistics just released by the U.S. Census Bureau, bike commuting has grown by 60 percent in the past ten years, from under half a million people in 2000 to about 786,000 during the 2008-2012 period.

Sure, it's still only a teensy number of commuters compared to those still driving to the office -- bicyclists only account for 0.6 percent of all commuters. But while the number of walkers has remained more or less stagnant, in some cities, bikers' ranks have more than doubled since 2000 -- in Portland, most notably, the rate has jumped to 6.1 percent, up from 1.8 percent a decade back.. According to the bureau, this growth reflects significant changes in infrastructure, such as the introduction of bike shares and bike lanes, that support pedal-powered commutes. As author Elly Blue told Salon earlier this year, biking is well on its way to becoming a new normal (yes, she lives in Portland).

The demographic breakdown for bicycle commuters was particularly telling: men, the report found, are more than twice as likely to bike to work as women are. The same pattern, the report notes, can also be found in other countries with low overall bicycle rates, such as Canada and Australia, suggesting that as biking becomes more popular, this divide could shrink. The groups with the highest rates of biking to work were those with a graduate or professional degree or higher, on the one hand, and those with less than a high school degree, on the other. A full 1.5 percent of those with an income under $10,000 commute by bike as well. Walking rates were also highest for this group, suggesting, unsurprisingly, that the decision to forgo a car was driven by necessity. In fact, as income increased, biking generally decreased, except for the highest-income households, where the trend reversed: according to the report, could indicate their prevalence in large, bike-friendly cities.

Read much more about those trends here; below, the cities with the most bike-friendly workforces, in one cheery graphic: