Could it be Clinton vs. Bush? It could be...then again, it could be other people, too 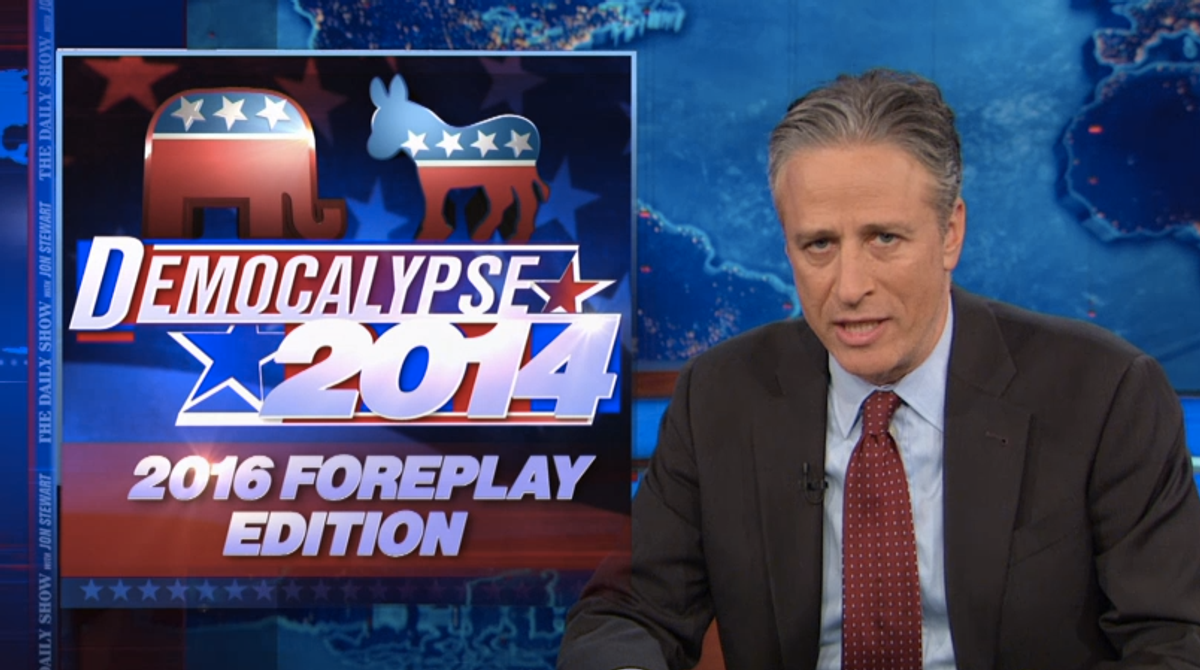 Jon Stewart is amused by the media's speculation over what could happen in the 2016 presidential election (and beyond!), which could pit Hillary Clinton against Jeb Bush. “Thank God we fought a bloody war against England so that political power would no longer be consolidated but in one family," Stewart joked. "Because in my mind, two just makes sense.” (Three would be way too much, he added, obviously leading to a "Game of Thrones" type situation).