Secrets of the Big Star reunion: The scoop on R.E.M., Replacements and Counting Crows

R.E.M. & Replacements members were originally asked to play. Plus, backstage as Chilton toured with Counting Crows 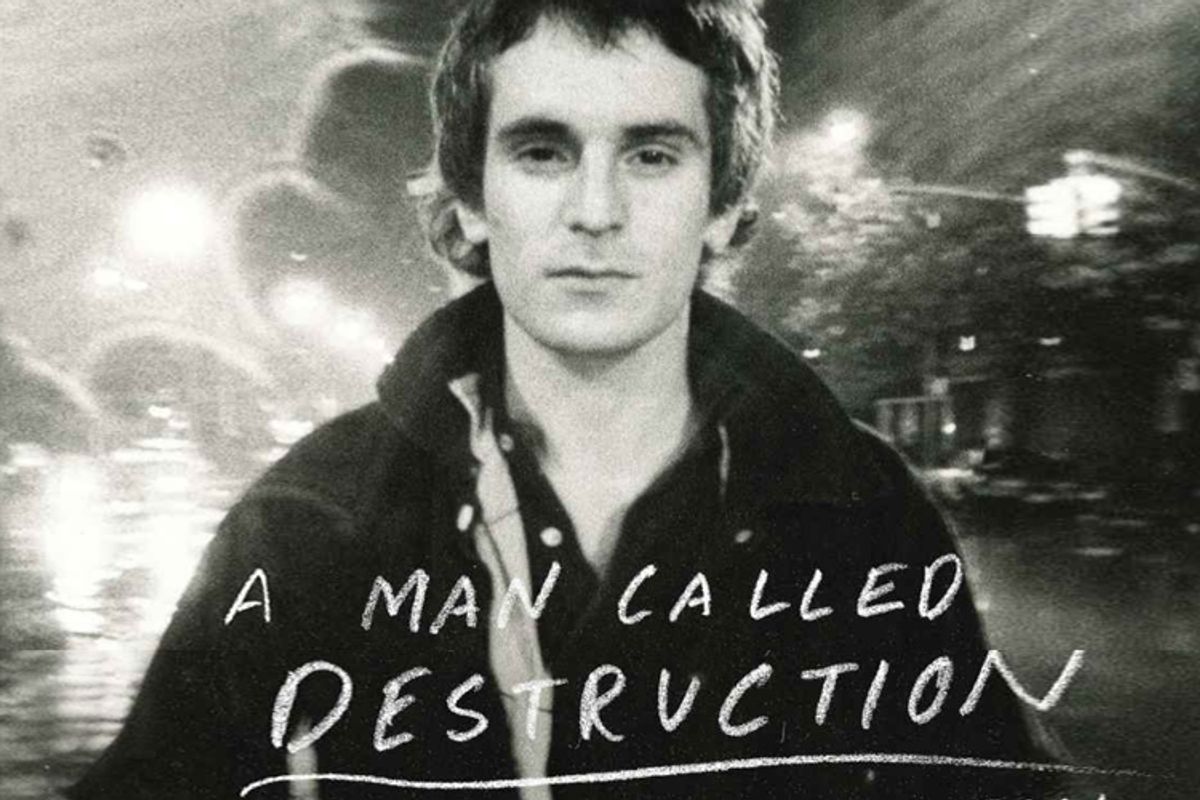 Excerpted from "A Man Called Destruction"

In early 1993 Alex Chilton started fielding persistent calls from a pair of University of Missouri students, Mike Mulvihill and Jeff Breeze, in Columbia, one of his favorite stops, where he’d played the Blue Note numerous times since ’85. They proposed to him that he appear at the KCOU-sponsored SpringFest, a musical get-together, with Jody Stephens and possibly Paul Westerberg, now a solo artist, and R.E.M.’s Mike Mills to play a few Big Star songs, among other material. Though they could only cover expenses and offered no payment, Alex, on a whim, said yes. Mulvihill and Breeze immediately looked to fill out the band for what they called a “Big Star reunion”; when they contacted Chris Stamey, he thought it was a hoax — it seemed unbelievable that Alex would consent to such a thing. When another contactee, Matthew Sweet, who’d had a big hit that year with "Girlfriend" on indie label Zoo, told his A&R man Bud Scoppa about it, Alex’s old friend convinced his label to record the concert. The last piece of the puzzle was signing on founding members of Seattle band the Posies, Jon Auer and Ken Stringfellow.

Though they’d once shared their rehearsal space with Nirvana, the Posies’ sound was pop-oriented rather than grunge. In the late ’80s they cut Big Star’s “Feel” and Bell’s “I Am the Cosmos.” “We didn’t drastically reinterpret them,” says Auer. “We did forgeries. It was almost an experiment to see how much we could sound like those records. I remember hearing from Jody that ‘I Am the Cosmos’ gave him goosebumps — it weirded him out a little. That was what led him to check us out, and what eventually got us the [Big Star] gig.” Once Zoo signed on, the label funded a rehearsal for the Posies, Jody, and Alex in Seattle. “I hadn’t played in four years,” recalls Jody, who, in 1987, had become an employee of Ardent, where he’d hold down various positions over the decades.

“We met Alex for the first time at our studio, and a whole mythology preceded him, with all kinds of stories,” says Ken. “He was absolutely perfectly himself when he arrived and didn’t say much. We were standing there awkwardly for a minute, and just after he said hello, he excused himself, pulled out a handkerchief, and proceeded to really violently blow his nose for three and a half minutes. Then he said, ‘Do you mind if I smoke?’ We said, ‘Go ahead.’ We learned he wasn’t a small-talk guy, but he did go into a long discussion about Dostoyevsky’s "Brothers Karamazov," which he was reading. We knew Jody, who’s very amiable, quite well already, and Alex was now proving to be a fascinating curiosity.” Thus began a partnership that would last nearly two decades.

Over two days the guys rehearsed songs after hashing out the selection. “We all picked them together,” according to Jon. Jody would make a suggestion and Alex would say no, but when Ken later mentioned the same idea, Alex would agree. “We actually got him to do songs he wasn’t into doing, like ‘Daisy Glaze’ and ‘Back of a Car,’ ” says Jon. “He wouldn’t do much from 'Sister Lovers.' But we crammed in as many good ones as we could get in.” The final set list comprised six from "#1 Record" (which Alex always said was his favorite Big Star LP), four from "Radio City," and two from "3rd." Alex was most enthusiastic about revisiting the cover songs Big Star had performed during their last stand, nineteen years earlier.

On April 25, 1993, under a striped tent, the day after a ferocious thunderstorm, Alex strolled onstage, looking as if he’d just woken up, wearing a zippered sweatshirt and jeans. Having played a gig the night before in New Orleans, he’d flown in with no sleep, arriving just in time for the gig. Not even sure if he’d show up, his three bandmates had landed the previous day to rehearse. Before a packed crowd of students, rock critics, fellow musicians, and aging Big Star fans, they kicked off with the old opener, “In the Street.” Throughout the somewhat sloppy set that followed, Alex looked distant and said little.

Ken tried making a few comments from onstage that fell flat. Jon and Ken sang several songs, either together or with Alex, who sometimes turned his back to the audience and seemed more intent on his guitar leads than vocals, flubbing lyrics and improvising. Jody vocalized his old Big Star numbers, and finally breaking the silence, spoke graciously to the audience. With the Big Star songs behind them, Alex visibly perked up on the set-ending covers: “Slut,” “Baby Strange,” “Jeepster,” and “ ’Till the End of the Day.” During the long encore, coming to life, Alex spoke: “Since we’re in Missouri, we’ll do a real cliché for you that I’m sure everybody does.” He then segued into “Kansas City,” which Jon and Ken scrambled to play. Smiling for the first time, Alex continued: “I know what let’s do — ‘Duke of Earl!” during which he became animated and sang his heart out as his befuddled bandmates did their best to learn the song onstage. Fourteen songs (bum notes and all) would be included on "Columbia: Live at Missouri University," rushed out by Zoo that summer.

Backstage after the gig, Alex quickly gave a resounding “No!” when asked by a journalist if he’d be doing another Big Star show. He signed autographs and gave an MTV interviewer a shrugged “I don’t have anything to say.” “A lot of fun today?” “Right.” An old friend, record label exec Karen Glauber, hung by his side, and when he spotted Peter Jesperson, he said, “Let’s get out of here.” They took off in Peter’s car, and while driving outside town, Alex, smoking a joint, started reminiscing about Chris Bell. When they stopped at an intersection, Alex suddenly pointed out the window: “Check that out!” It was a street sign for Cosmos Park: perhaps an omen that Alex, though initially opposed to the idea, would spend the next seventeen years sporadically performing with the reconstituted Big Star.

The lucrative Big Star offers were hard to resist: repeating the Columbia set at a couple of legendary festivals in August, the Dutch Lowlands and England’s Reading Festival. “We booked an Amsterdam venue to rehearse,” Ken recalls. “This was Alex’s pot-smoking period, and he was absolutely — shall we say — at home in Amsterdam. Alex said, ‘All right, you guys rehearse, and I’ll check some things out,’ kind of working on his smoking project.” Concerts followed in Leeds, London, and Glasgow, where Alex spent his spare time with Teenage Fanclub.

Alex kept on the road constantly in 1994 between a slew of bookings with the trio and more Big Star gigs — and there was a stark contrast between the audiences in attendance. This was especially obvious when the trio got an offer to tour with a buzz band that idolized Alex’s work: Counting Crows were just picking up steam via their single “Mr. Jones” after Adam Duritz sang it on "Saturday Night Live," substituting the name “Alex Chilton” for “Bob Dylan” in the lyric. “Actually, that’s when I found out that Alex had a place in the world that I didn’t know about,” says Richard Dworkin. “[The Crows] asked Alex to open about ten dates. Alex made them pay him a little more than they would normally on a tour like that, and then Alex even kicked in more so that Ron and I were making money — though he wasn’t. Every now and then he would do a tour like that to raise his profile. But he was anti-merch. He didn’t have management, only a booking agent. He was against all of it. Once in a while I’d say, ‘Maybe we should bring some CDs,’ and he would not be interested. He thought the idea of being on a T-shirt was really idiotic.”

When the Counting Crows tour kicked off in Madison, Wisconsin, Richard was the first to arrive at the venue, where he discovered several semi trucks parked behind the large theater. After shocking the production staff when he told them that his bandmates would be arriving by car, without a crew, Richard was informed that Alex would have to pay a soundman, since he didn’t bring one. When Alex refused, the Crows stepped in to cover it. “We were opening for this gigantic production,” says Richard — “what a contrast. One night, at a big rock venue in Indianapolis, the audience skewed much younger, and they didn’t know anything about Alex, and they were not into him. In fact, it was the only time I ever played with Alex where they were throwing fruits and vegetables. As people were throwing stuff and booing, Alex was just standing there with his guitar and his pick in his hand, saying, ‘It’s all right, go ahead, boo! I can take it!’ ” The following night Adam Duritz appeared onstage prior to Alex’s set and said, “I want you to show deference to our special guests — please welcome Alex Chilton!” Alex refused to play the most frequently shouted-out requests, “September Gurls” and especially “No Sex,” which he had come to detest.

Alex got the opposite treatment in June when Big Star played five nights in Japan, where he was treated like a god. During a press conference he was unabashedly moved by the welcome he’d received. “The fans in Japan are the most demonstrative fans I’ve ever seen,” he said. “On a night when you’re not feeling so good, and you look out there and the fans are just really, really into it . . . that makes it more fun. It’s something that’s tremendously important to them, so it makes it more important to me.” He was also warming to his new bandmates and always complimented Ken and Jon’s musicianship. Yet when asked if they might record together, he said, “People have urged me to do it. But it’s all I can do to make my own records. Our tastes in music are really quite different. Maybe Jody and Jon and Ken all share a taste in music, but I certainly don’t with them. Hell, I don’t have time or the inclination to create [their] kind of music.”