Are millennials too cool for sincerity? The truth about our love affair with irony

How irony transformed from a weapon into a mask, used to protect us from appearing uneducated, overeager or uncool 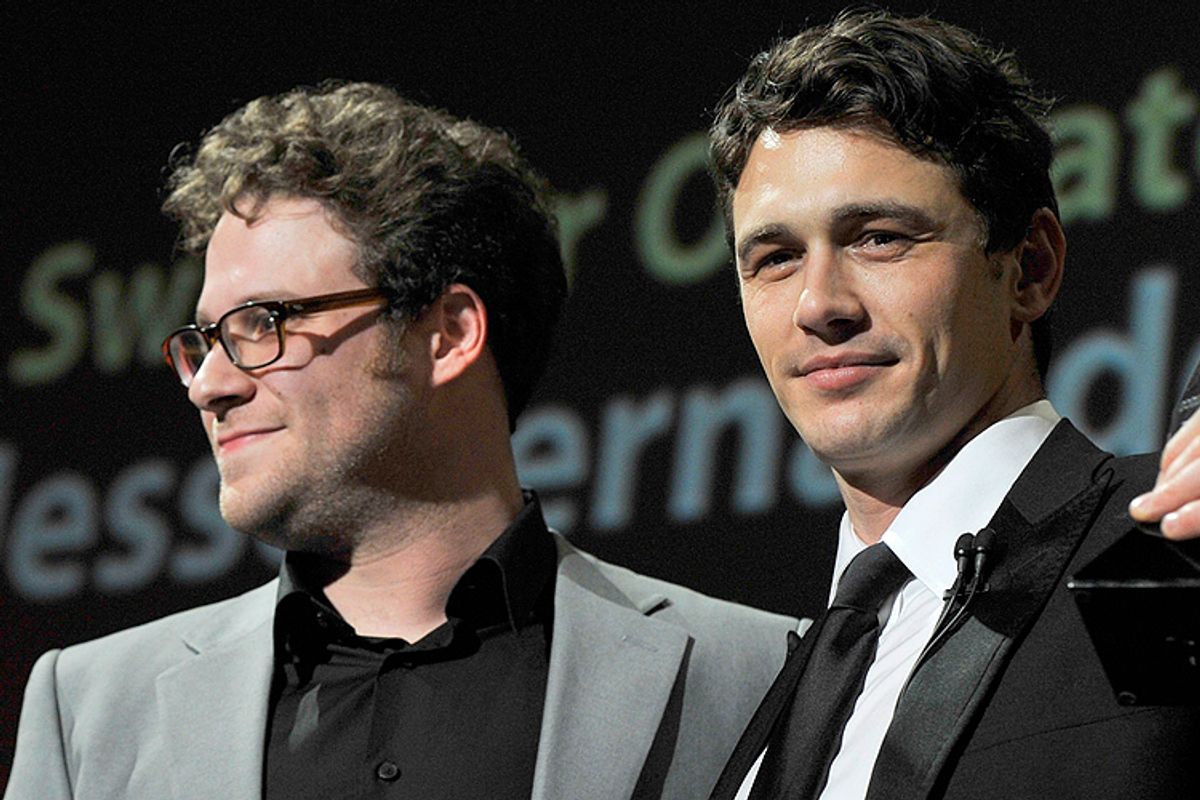 The apartment was furnished minimally, brimming with partygoers clumped into two semipermeable groups. One encircled the island of booze in the kitchen, the other scattered into overlapping clusters in the living room.  Choosing an unstable limbo between the two made it seem as if both were merely lumps of swirling, technological distraction, swaying inattentively to the music.

Nearly everyone I know has been to parties like this one, dominated by loud music and flickering eye contact. My generation has grown accustomed to losing ourselves in our technology in order to avoid seemingly awkward and uncomfortable interactions. Doing so feels useful when we pass that regrettable hookup or that neighbor whose name we still can’t remember. But in reality, we often do it for the same reasons as when we stand in the elevator with strangers.

But something else was also happening at the party. When we entered, someone looked up and shouted a request for Katy Perry’s “Fireworks” to be played. Another person began passing around tequila shots, and chanting “Hashtag PARTAY” at least twice as he did so. Both of these actions were delivered with something like wink; neither of them, nor any other event at the party, could be taken at face value.

What I'm really talking about when I talk about this party is cultural irony, in which what we say, wear and post on social media harbors duplicitous meanings — one genuine, the other self-aware and usually a parody of the first meaning, employed as a protective mechanism. That is, in choosing “Fireworks” (an overplayed radio-hit from a few summers ago), irony was used to ward off the possibility of criticism. Should someone have actually voiced displeasure with the song, the requester could have agreed that the song was terrible, quipping that he had chosen it ironically. And similar logic can be applied to the ironically overeager “Hashtag PARTAY!”

In 1993, David Foster Wallace wrote an essay titled "E Unibus Pluram," which traced a trajectory of irony's presence in our culture from its renaissance in the Vietnam War era -- when it was used as a means to actively combat the perceived hypocrisies of the day -- to an increasingly mediated post-Cold War era in which, Wallace claimed, "institutional irony" was becoming sterile, passive, and a cultural dead end

In the last month, Salon published two articles about this pervasive cultural irony, and specifically focusing on David Foster Wallace, that reached opposing conclusions about Wallace's argument. In the first of the articles, two artists claim that cultural irony and its younger brother, apathy, are annihilating our culture at its roots because they have become a stand-in for knowledge, as a cover for an educated worldview. The second, an interview with a philosophy professor, agrees that cultural irony is a cover, but specifically one that acts as a self-aware acceptance of our increasingly easy-to-stereotype existence. According to the second article, rather than apathetic, cultural irony can be even more earnest than literality.

It can treacherous to criticize or praise our ironic culture from within, because it’s nearly impossible to achieve objectivity.  I live on one such summit of cultural irony — a college campus — and though the interview with the philosopher provides some interesting insights into irony, it seems outside the realm of my practical experience.

The point of the irony at the party was to frantically distance ourselves from what we were doing (“partying”) from how it might be perceived by a third-party observer as fulfilling college stereotypes. Cultural irony is an anxiety of investment, often a fleeting sense of superiority for such self-awareness, and a desire to latch onto edgy ideals of obscurity. In shielding ourselves from criticism, we are anything but earnest; ultimately, our apathy is a reflection of our insecurity.

In this way, cultural irony and technology actually seem to go hand-in-hand. In a minor section of Princeton professor Christy Wampole’s essay “How to Live Without Irony” -- which called for an evisceration of the cynical, apathetic irony in our culture, and which has been hotly debated ever since it was published two years ago -- the author finds that technology and our inattentiveness to the outside world work together to feed “our incapacity to deal with the things at hand.”

Our phones afford us a shield from awkward non-virtual interactions, abetting our insecurities at the cost of our active involvement. Irony, on the other hand, was used as a hedging of bets. By covering our insecurity with apathetic, self-aware remarks, we could seem to be fully engaged, while protecting ourselves from criticism of our lack of genuine interaction.

In fact, it seems that irony, mixed with technologically induced inattention, are larger problems than just at that party. Constantly losing ourselves in the burgeoning mass of the Internet, flickering haphazardly across virtual media, we become inattentive to a world beyond the insularly interconnected. No one will notice, we imagine, and if they do, irony can veil us from the possibility of being unmasked as uneducated, overeager, or in poor taste.

Soon enough I decided that although the night had all the requisite assets of a party — people, music, alcohol — we were doing exactly the opposite of what the word "party" intended, so I left.

David Foster Wallace thought that returning to simple sincerity would undo the effects of irony on our culture.  That may be true, but I don’t think it fully accounts for the compounding effect—when technology catalyzes ironic interactions, as it did at the party.

But maybe the first part of a more complete solution has to do with consciously putting away the technology, coming out of our ironic shells, and trying to have some genuine and unselfconscious fun at that party on the weekend. Yes. Let’s start there.