Our shooting double standard: How do we decide which madmen are terrorists?

Fort Hood was the site of two awful rampages in recent years. But the two shooters were described very differently 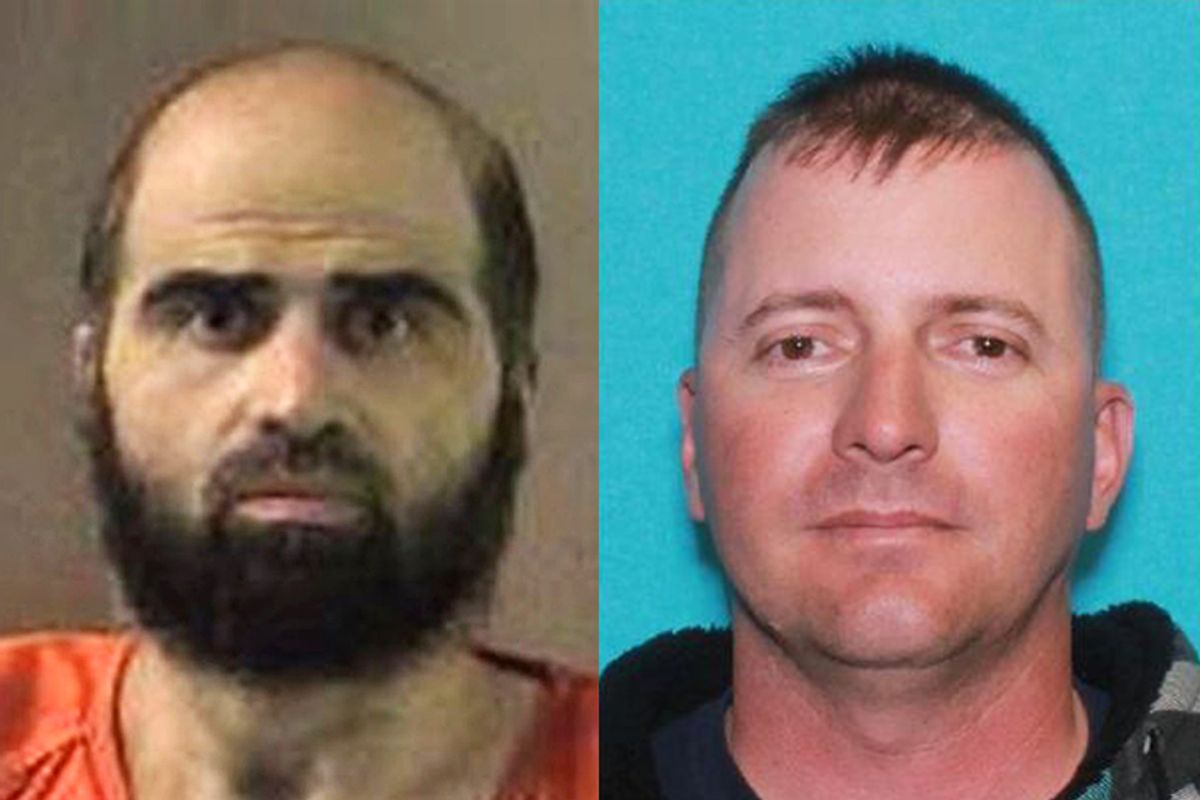 Despite the strikingly parallel narratives of both men forever linked as Fort Hood shooters, who were both ruled out as terrorists by law enforcement, the media coverage of Lopez and Hasan has been markedly different. Specifically, Lopez, like many other non-Muslims who have used firearms to kill, has been classified as "mentally ill," while only Hasan has had the label of "terrorism" attached to his story.

Both men were transferred to Fort Hood only a few months before committing their atrocious acts: Lopez moved to Fort Hood in February of 2014, and Hasan transferred there in July of 2009. Both were increasingly disconnected from their fellow soldiers. Lopez felt some in his unit had not treated him appropriately and Hasan felt similarly alienated and discriminated against. Both also held deep grievances against the U.S. Army. Lopez was upset about a denied leave request and Hasan did not want to deploy to Iraq despite orders to do so on Nov. 28, 2009.

Both also sought mental health treatment: Lopez for post-traumatic stress disorder after serving four months in Iraq in 2011, and Hasan for his distress as an Army psychiatrist listening to others' accounts of service in Iraq and Afghanistan.

A sampling of national headlines immediately after the shooting shows the development of Lopez’s story arc as one of cause and effect. Because Lopez suffered from untreated depression and anxiety, the narrative goes, he snapped. The opening line from the CNN article, “Fort Hood Shooter Was Iraq Vet Being Treated for Mental HealthIssues,” is: “Spc. Ivan Lopez's friendly smile apparently gave no hint of a history of depression, anxiety and other psychiatric disorders.”

The beginning of the NBC News article “Fort Hood Gunman Was Treated for Depression and Anxiety” also follows the same thread:

The gunman in the Fort Hood shooting was an active-duty enlisted soldier who served four months in Iraq and was being evaluated for PTSD, military officials said Wednesday night.

And in yet another headline, this time from a CBS News article, “Gunman ID’d as Ivan Lopez, Treated for Depression,” U.S. Army Spc. Ivan Lopez is once again portrayed as a man in despair and anguish, left alone to suffer in silence, and, finally, to kill as a cry for help:

Army officials say they believe this attack is not terror-related. The Army said the soldier was suffering from behavioral and mental issues, CBS News homeland security correspondent Bob Orr reports. He was being treated for depression and anxiety.

The main media outlets handled the "Fort Hood Shooter Ivan Lopez" narrative as one of medical oversight, a man whose mental health had suffered in service to his country. Conversely, the headlines of "Fort Hood Shooter Nidal Malik Hasan" held no such concern for the state of his mental well-being, despite his similar search for counseling.

The cover of Time magazine on Nov. 23, 2009, had a portrait of Hasan with the word "terrorist?" in bold blacking his eyes, the windows to his soul. Within the cover story, “The Fort Hood Killer: Terrified … Or Terrorist?” the opening made clear his religious (read: Islamic) rationale:

What a surprise it must have been when Major Nidal Malik Hasan woke up from his coma to find himself not in paradise but in Brooke Army Medical Center, deep in the heart of Texas, under security so tight that there were armed guards patrolling both the intensive-care unit and checkpoints at the nearest freeway off-ramp. This was not the finalé he had scripted when he gave away all his earthly goods — his desk lamp and air mattress, his frozen broccoli and spinach, his copies of the Koran.

Though classified as an incident of “workplace violence” by the Obama administration, the asymmetry in media treatment of Muslim American Hasan versus that of Lopez is apparent in an article in the New York Times, published Nov. 5, 2009, the same day as the shooting. Though it could not be confirmed “that the writer was Major Hasan,” the article repeated anyway an Internet posting by a man who called himself Nidal Hasan, who "compared the heroism of a soldier who throws himself on a grenade to protect fellow soldiers to suicide bombers who sacrifice themselves to protect Muslims."

Rather than focus on his mental instability, as in the media treatment of Ivan Lopez, headlines dissected his religious life. The first lines from a CNN.com article, “Fort Hood Suspect's Religion Was an Issue, Family Says,” reiterate his faith:

The bumper sticker reading "Allah is Love" was torn off and the car was keyed. A police report was filed in the August 16 incident involving Maj. Nidal Malik Hasan's Honda, and a neighbor was charged with criminal mischief. But what kind of impact that incident, and possibly others, had on Hasan remains a mystery.

In another article, this time in the Los Angles Times, Hasan’s purported religiosity is reiterated:

Over the last few weeks, Maj. Nidal Malik Hasan drove off the vast Army base at Ft. Hood, Texas, at least a dozen times to enjoy seafood dinners with Duane Reasoner Jr., an 18-year-old he was mentoring in the ways of Islam.

Ivan Lopez is not the only non-Muslim American who committed an act of violence relegated to the ranks of "mentally ill," nor is Nidal Malik Hasan the only Muslim American insinuated to be a terrorist. There are many more examples to show how the asymmetry when it comes to national dialogue of which gun-wielding murderer is "mentally ill" and which is a "terrorist," including the following:

1)  Terry Ratzmann, then a 44-year-old member of the Living Church of God Sabbath in Wisconsin, shot 12 people, killing seven, during service on March 12, 2005, because he was “very angry with his church.” Though police conceded they were focusing on religion as a motive for the murders, the media labeled him as a “church shooter.”

(2)  Jared Lee Loughner, then a 23-year-old who went on a shooting spree near Tuscon, Arizona, on Jan. 8, 2011, that left six dead and 14 wounded, including U.S. Rep. Gabrielle Giffords. He was on the cover of Time magazine with the headline “Guns. Speech. Madness,” with a picture of him, and a maze on his forehead, at the center of which was a question mark, as if to say that his mind is a troubling morass of nonsensical whims.

(3)  On July 20, 2012, James Holmes killed 12 people at a Century movie theater in Aurora, Colorado, during a screening of the film "The Dark Knight Rises," yet his insanity defense has been accepted by the judge.

(4)  On Dec. 14, 2012, Adam Lanza brandished a semi-automatic rifle and used it to kill his mother as well as 20 children and six staff members at Sandy Hook Elementary School in Newtown, Connecticut.  Lanza has not been described as a terrorist in the media, but as a troubled individual with Asperger’s.

Yet, when John Allen Muhammad allegedly killed 10 people and wounded three (he maintained his innocence) along with Lee Boyd Malvo, during three weeks in October 2002, his acts were determined to be “part of an act of terrorism.” The designation of terrorism was given despite Muhammad’s lawyer, John Sheldon, describing his client as “a severely mentally ill man who also suffered from Gulf War Syndrome.”

Conflating Muslim Americans and Islam with home-grown violent extremism and terrorism has not only occurred in the national dialogue and media coverage, but has also been present in rhetoric at the highest levels of government. In a much-anticipated speech on drone strikes given at the National Defense University in Washington, D.C., on May 23, 2013, President Obama used examples of individuals portrayed as "mentally ill" gunmen in the media to perpetuate the notion that the only type of terrorist threat the United States is that in the name of Islam:

And finally, we face a real threat from radicalized individuals here in the United States.  Whether it’s a shooter at a Sikh Temple in Wisconsin, a plane flying into a building in Texas, or the extremists who killed 168 people at the Federal Building in Oklahoma City, America has confronted many forms of violent extremism in our history.  Deranged or alienated individuals -- often U.S. citizens or legal residents -- can do enormous damage, particularly when inspired by larger notions of violent jihad.

What was left out of his speech was that the references were all of non-Muslim, white Christian right activists. The “shooter at a Sikh temple in Wisconsin” was Wade Michael Page, a neo-Nazi U.S. Army veteran who killed six Sikhs and wounded four others on Aug. 5, 2010, after they had finished their worship service. The “plane flying into a building in Texas” was not under the direction of a militant Islamist inspired by the tragic events of 9/11, but of Christian right patriot Andrew Joseph Stack III, who waged a suicide mission against the U.S. government by flying a plane into an IRS office in Austin, Texas, on Feb. 18, 2010, killing himself and another person, and injuring 13 others.  Lastly, “the extremists who killed 168 people at the Federal Building in Oklahoma City” were none other than Christian Identity adherent Timothy McVeigh and his accomplice, Terry Nichols, who committed the single deadliest act of terrorism by an American to date. On April 19, 1995, 168 people were killed by a truck-turned-bomb at the Alfred P. Murrah Federal Building in Oklahoma City, Oklahoma.

That President Obama used these examples of Christian right militants to support the narrative that the United States is primarily threatened by home-grown violent "jihad"/militant Islamism -- the concept of which is a misnomer in itself as "jihad" means struggle and "qital" is actually used to mean warfare in the Quran – is a testament both to the definitional double standard when it comes to who is a terrorist, as well as the entrenchment of Islamophobia in global consciousness. Perpetuating the notion of Islam as a religion equivalent with hatred and violence and Muslims tantamount to terrorists will only alienate (and, some argue, potentially radicalize) the Muslim American community – the very same community whose insight and support is needed to combat the threat of home-grown violent extremism.

Ultimately, not only is the definition and application of who is a mentally ill gunman versus who is an actual terrorist an issue of national security, but also an issue of civil rights and liberty for people of all faiths.

Sara Kamali is a member of St. Antony’s College, University of Oxford. She has a doctoral degree in religious studies; her work includes comparative approaches to religion and violence as well as interfaith engagement and religious literacy. Follow her at @sarakamali.