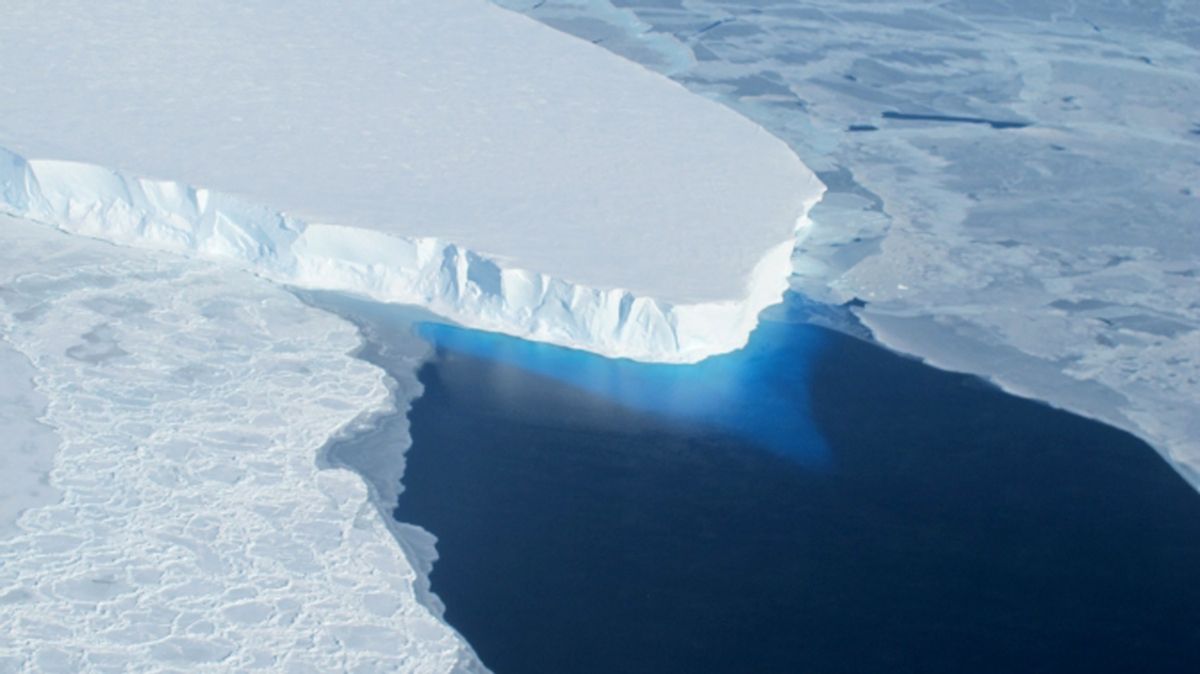 The collapse of the West Antarctic Ice Sheet has begun, and the decline of these glaciers appears irreversible. Today, two new studies -- one published in the journal Science and the other in Geophysical Research Letters -- were released; both detail this rapid melting. With these reports comes a terrifying confirmation: A rise in global sea level is inevitable.

One of the studies, published in Geophysical Research Letters, was done by scientists at NASA's Jet Propulsion Laboratory in Pasadena and the University of California, Irvine. According to NASA that study, headed by glaciologist and lead author Eric Rignog, said:

"These glaciers already contribute significantly to sea level rise, releasing almost as much ice into the ocean annually as the entire Greenland Ice Sheet. They contain enough ice to raise global sea level by 4 feet (1.2 meters) and are melting faster than most scientists had expected. Rignot said these findings will require an upward revision to current predictions of sea level rise."

The New York Times reported that the sea levels could rise up to 10 feet, and that the rise would be relatively slow for a century, and then it could rapidly speed up.

Both of the studies, which worked with NASA's Operation IceBridge, say the unstoppable collapse was triggered by warm water welling up from the deep sea.

Rignot's study looked at more than four decades of observations of the Amundsen Sea sector of West Antarctica, which Rignot said has "passed the point of no return." According to NASA:

"The glaciers flow out from land to the ocean, with their leading edges afloat on the seawater. The point on a glacier where it first loses contact with land is called the grounding line. Nearly all glacier melt occurs on the underside of the glacier beyond the grounding line, on the section floating on seawater."

Due to the rapid thinning of these glaciers, they are now floating about the solid land they used to sit firmly on. According to NASA this means "their grounding lines are retreating inland." This turns into a terrible Catch 22: When the flow increases, the glaciers get thinner and move away from solid land and become waterborne. As they become waterborne, the flow accelerates. "As the glaciers retreat, they cannot escape the reach of the ocean, and the warm water will keep melting them even more rapidly," NASA said in a release.

According to the New York Times, scientists believe that this warming water could be due to several factors. Those factors include stronger winds (which drag warmer water to the surface), human-caused global warming, natural variance and possibly the hole in our ozone layer.

The most terrifying part of these studies is the irreversible nature of the collapse, and the inevitable rise in sea level. The rising sea level could pose a major threat to coastal cities -- some of which are already affected by higher tides.