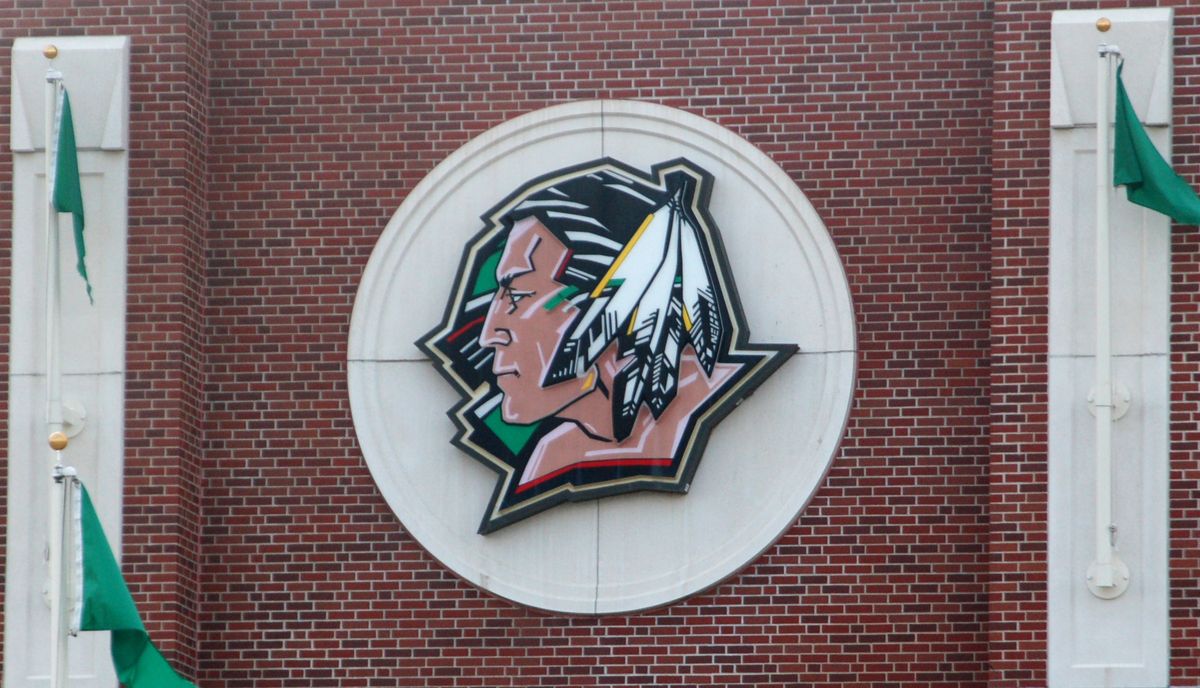 John Oliver will not be pleased: A group of University of North Dakota students have offended members of their local community by wearing T-shirts with a Native American in a headdress and a beer bong captioned: "Siouxper Drunk."

In a failed attempt to be witty, the students instead revealed their racial insensitivity at the Springfest celebration by altering the image of the University of North Dakota's former mascot, the "Fighting Sioux" (pictured above), which was removed in 2012 after the NCAA declared it "abusive and hostile."

The blog Last Real Indians posted a photo of people wearing the shirts and pointed out that some of them even anticipated the backlash but were excited about the shirts regardless. Ruth Hopkins wrote on the blog that the T-shirts perpetuate "one of the worst stereotypes about Native people that there is."

Complaints were also directed to the T-shirt designers, CustomInk, who has issued the following response:

"We are very sorry about this offensive design. Customink's business is focused on bringing people together in positive ways. We handle hundreds of thousands of custom t-shirt designs each year and have people review them to catch problematic content, including anything that's racially or ethnically objectionable, but we missed this one. We apologize for any pain or offense caused by this shirt, and we will continue to improve our review processes to make them better."

However, American Indian Student Services Director Leigh Jeanotte told the Grand Forks Herald that he doesn't believe the incident will inspire much change.
"Until there is a statement, until there is action, true action, to say that this is wrong, hurtful and it shouldn't be continued, it's going to just keep going on and on and on," he said.

I was appalled to learn this weekend that a group of individuals had the poor judgment and lack of awareness and understanding to create and then wear T-shirts that perpetuated a derogatory and harmful stereotype of American Indians. The message on the shirts demonstrated an unacceptable lack of sensitivity and a complete lack of respect for American Indians and all members of the community.

These T-shirts were not worn at a UND function -- in fact, the event they are associated with is NOT a university event. They don't appear to have been worn on UND property, and we are not aware that the group represents any UND organization. UND has a responsibility to promote respect and civility within the campus community, and we have the responsibility and right to speak out against hateful behavior. As a University, we teach respect for others. It is imperative that, through our actions, we demonstrate respect for all.