Now there are pictures to prove it 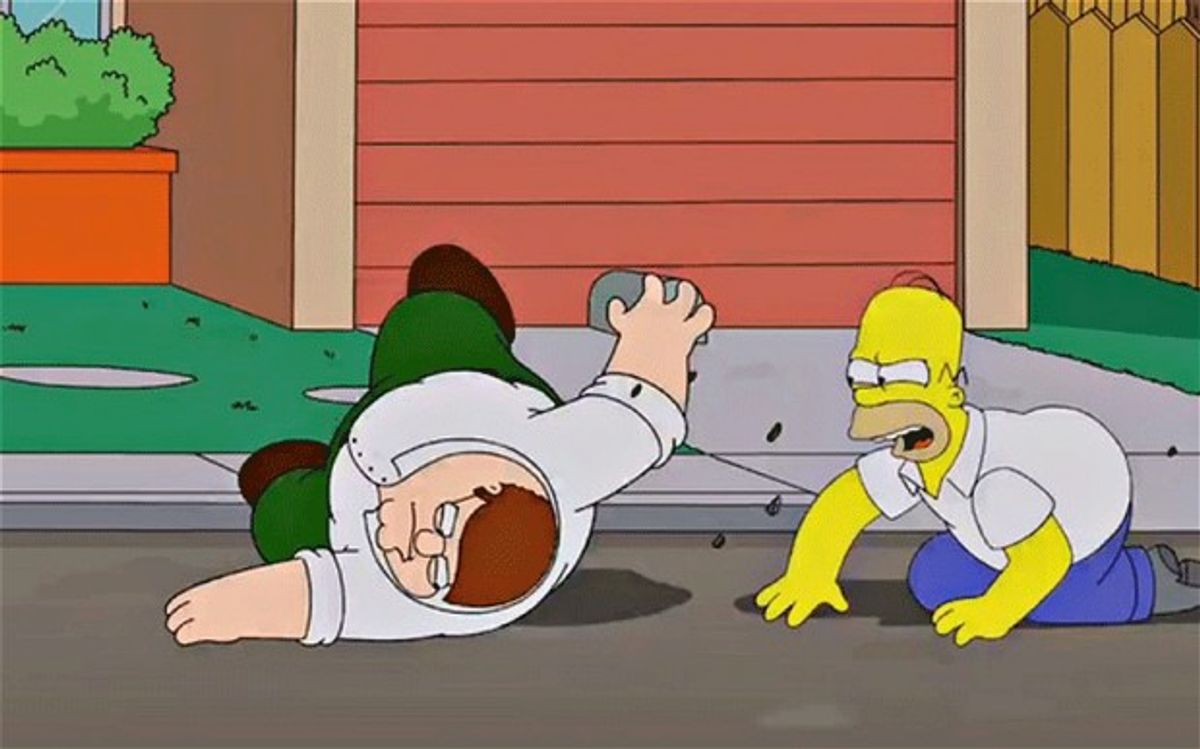 A day after it was announced that the Griffins would befriend the Simpsons, Fox has released images from the "Family Guy" crossover episode, "The Simpsons Guy," which will air this fall.

Longtime fans will remember that the Peter Griffin and Homer Simpson have met each other before, albeit mostly in gag form -- both on "Family Guy":

And on "The Simpsons":

Now, however, the families will bond as Peter and Homer become fast friends (their only argument is, of course, over beer). The synopsis reads:

Peter (Seth MacFarlane) and the Griffins get out of dodge and end up in Springfield, where they are greeted by a friendly stranger named Homer Simpson (guest voice Dan Castellaneta), who welcomes his new “albino” friends with open arms. The families get along famously: Stewie (MacFarlane) becomes obsessed with Bart (guest voice Nancy Cartwright) and his old-fashioned pranks; Lisa (guest voice Yeardley Smith) takes Meg (Mila Kunis) under her wing and is determined to find something – anything – at which she excels; Marge (guest voice Julie Kavner) and Lois (Alex Borstein) ditch housework for a little bonding; and Peter and Homer fight over the best beer in town – Pawtucket vs Duff.

Although to loyal fans, the crossover feels gimmicky (not unlike "Simpsons" creator Matt Groening's complaint with the "Simpsons" season six crossover episode for "The Critic"), Fox chairman Kevin Reilly was delighted to share the news, saying, "Generations of fans will be talking about this one." But perhaps the "Simpsons" could use a boost -- now in its 25th season, the Telegraph reports that the long-running animated series "recently suffered a dip in its ratings," sinking to its "lowest audience ever."