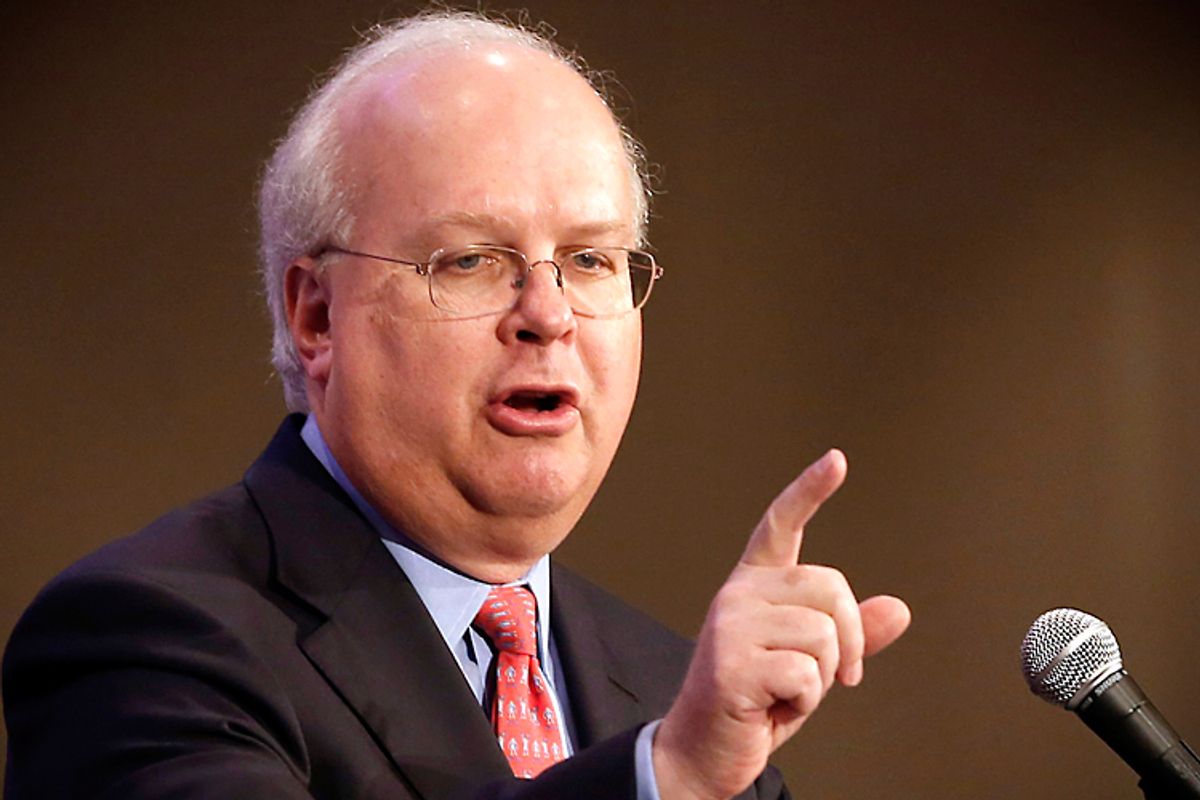 Barely more than 24 hours after insinuating that former Secretary of State Hillary Clinton is secretly brain damaged, GOP operative and Fox News contributor Karl Rove tried to walk back the remark, saying on Tuesday morning that his simple call for greater transparency as to the possibly 2016 presidential candidate's health was misunderstood.

"No, no, I didn't say she had brain damage," Rove said on Fox. "My point was that Hillary Clinton wants to run for president, but she would not be human if [her health] didn't enter in as a consideration. And my other point is, this will be an issue in the 2016 race, whether she likes it or not."

Rove went on to say that all presidential candidates have to answer questions about their health, and that Clinton faced "a more complicated calculation than we think" because "she'll be 69 at the time of the 2016 election."

According to a Monday report from the New York Post, Rove's initial comment about Clinton's health wasn't quite as focused on the former secretary of state's well-being as his subsequent clarification implied.

After noting Clinton spent about a month out of the spotlight in late-2012, early-2013, Rove allegedly said, "And when she reappears, she's wearing glasses that are only for people who have traumatic brain injury? We need to know what's up with that.”

Speaking on MSNBC's "Morning Joe" on Tuesday morning, before Rove walked back his comments, GOP operative and former Rove colleague Nicolle Wallace said his comments were "a deliberate strategy on his part to raise [Clinton's] health as an issue."

"I worked with Karl for a long time," Wallace said. "This was a deliberate strategy on his part to raise her health as an issue and, I think in his view, a legitimate line of questioning ahead of the next campaign."

You can watch Rove explain his remarks below, via Media Matters: