Candidate Ben Sasse has lots of big Tea Party backers like Palin and Cruz. The local Tea Party is a different story 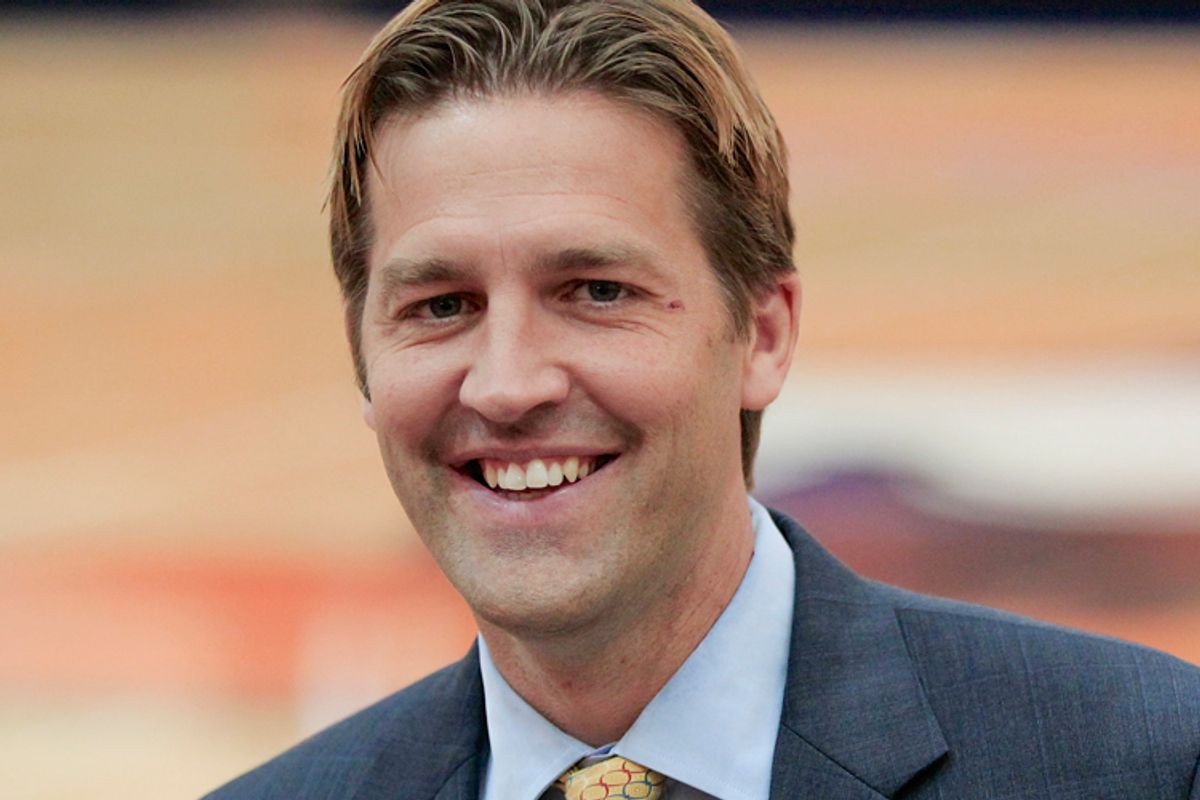 For proof that the textbook "Tea Party vs. Establishment" guide to GOP Senate primaries is out of date, Thom Tillis' victory in North Carolina was a fair start. But even that case, wherein the "establishment" candidate was the one who'd sparked a Tea Party revolution in North Carolina, is nothing compared to the mishmash of narrative that will reach its conclusion in tonight's Nebraska Senate primary. Welcome, friends to the post-"Tea Party vs. Establishment" reality, wherein the only true image is that of national reporters' heads exploding out of confusion.

Long gone are the days where things struck down as neatly as, say, Mike Castle (squishy RINO DC-insider establishment trai-tor!) vs. Christine O'Donnell (unqualified comedy person propelled to victory following a Sarah Palin endorsement and outside Tea Party bucks). That was all the way back in aught '10, when life was simpler. But now simple breakdowns seem as quaint and distant as the 19th century velocipede.

So, who's the Tea Party guy and who's the establishment guy in this race to replace retiring Sen. Mike Johanns? Let's give you a rundown on who have been the two top candidates for most of the race, and you try to figure it out:

Ben Sasse is the president of Midland University, a Harvard-educated former official in the Bush administration who's spent plenty of time in Washington D.C. He has the support of Ted Cruz, Sarah Palin, the Senate Conservatives Fund, Freedomworks, Tea Party Patriots, National Review and the Club for Growth. He is against Obamacare, obviously, but has been criticized for his involvement with a firm that "pitched itself to clients in early 2010 to help implement the Affordable Care Act." (Horror of horrors.)

Shane Osborn is a former state treasurer of Nebraska. He has been endorsed, according to Politico, by local Tea Party groups such as "the Nebraska Republican Liberty Caucus, Nebraska Taxpayers for Freedom, Western Nebraska Taxpayers Association and Omaha Liberty Ladies." He has also been supported by NumbersUSA, an anti-immigration group that suggests Sasse is a secret amnesty lover. Indeed, Osborn lately has been criticizing Sasse for not signing a "pledge" promising to block even legal immigration.

There is also a third candidate, Sid Dinsdale, who has been surging, potentially because Nebraskans have tired of Sasse and Osborn and their parallel galaxies of surrogates fighting each other.

The endorsement of FreedomWorks in this race offers the best anecdote for how headspinning this race has been. FreedomWorks, one of the more famous and early "Tea Party grassroots organizations based out of Washington, D.C.," endorsed Osborn some time ago. In late March, however, FreedomWorks switched its endorsement to Sasse, citing Osborn's support from Mitch McConnell (who had a personal falling-out with Sasse). This led a FreedomWorks VP, Dean Clancy, to resign from the organization.

If the Nebraska Senate primary gives us any indication of what may replace the old "Tea Party vs. Establishment" narrative —  because God forbid that political news has to continue outside of a rigid, oversimplified narrative for even one second! -- it could be that the next stage of battles occurs between local Tea Party groups and national Tea Party organizations. Could the national Tea Party organizations, which, as this New York Times piece explains, have begun to earn some grassroots backlash for lavish overhead costs and purchases of luxury big-city digs, be the next establishment villains themselves?

“We are not million-dollar Washington, D.C., special interest groups with strong ties to Capitol Hill. We are simply Nebraskans who are fed up,” a group of 52 activists wrote in an open letter protesting FreedomWorks’ about-face, adding, “We were not consulted, polled, or contacted by these Washington, D.C., groups.”

Other activists complain that the Washington groups are losing touch with people at the local level.

“It worked well when they communicated with us on the ground,” Patrick Bonnett, chairman of the Conservative Coalition of Nebraska, said of the Washington groups. “It breaks down when they unilaterally get involved in our local races, even if it’s in federal campaigns, and endorse and start spending money.”

This new reality sounds about right. The Republican party has become the Tea Party, policywise. On the other hand, Republicans still like to fight amongst themselves. So national vs. local Tea Party groups, which itself is a proxy cultural battle between Washington, D.C. and the rest of the country, seems like the obvious next -- but by no means final -- stage in the dialectic.