Young jokes about Fallon's previous impressions, and lays down a cover of Willie Nelson in the 1947 recording booth 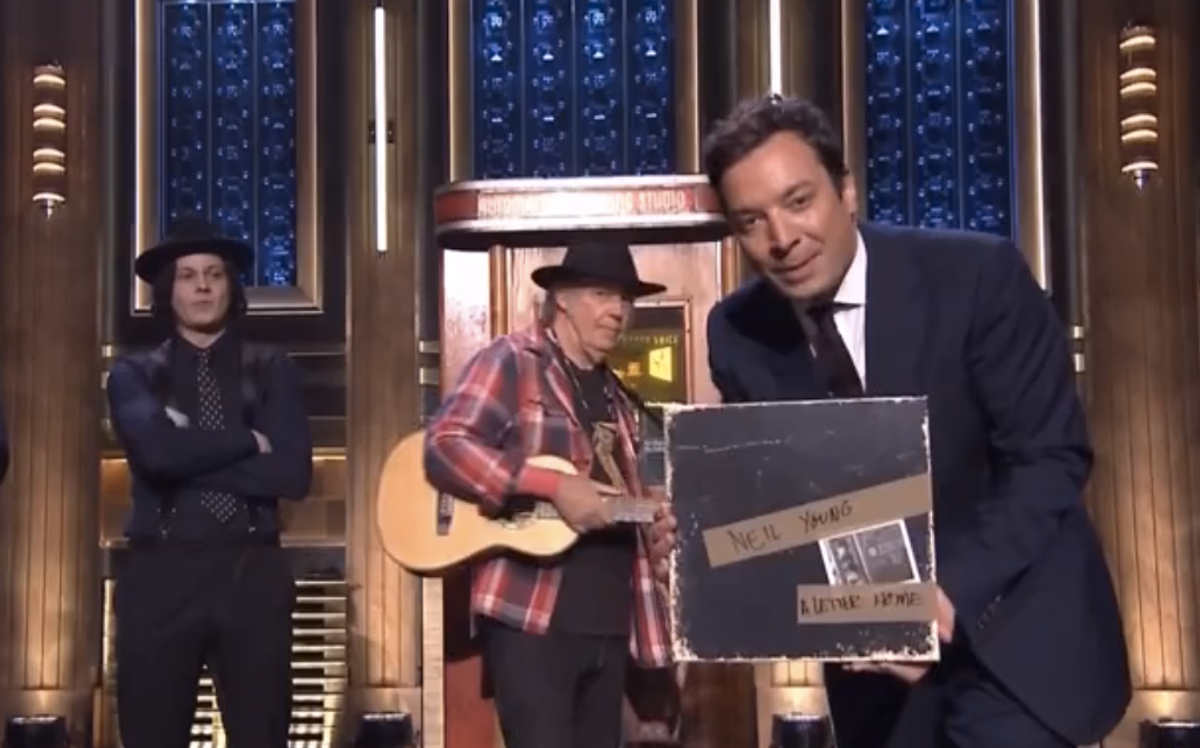 Neil Young and Jack White were guests on the "Tonight Show with Jimmy Fallon"  last night to discuss Young's new album, "A Letter Home." (Yes, actual Neil Young, not Fallon's impression of Young, which the two of them joked about.)

Young treated the audience to two amazing performances and viewers witnessed those songs recorded and pressed into one-of-a-kind vinyl records.

Jack White, the owner of the instant-vinyl recording booth, explains that the technology isn't new. He'd been searching for a decade for old recording booths; this one that he refurbished is from 1947. The booth was debuted last year on Record Store Day, at Third Man Records. Young saw it there and after witnessing a kid go into the booth and cover one of his songs, thought, "I could do a whole album in there."

"A Letter Home" was recorded in the booth, which has the comforting aura and sound of a classic movie. The album's tracks are covers of songs important to Young. There's Bruce Springsteen, Willie Nelson, Ivory Joe Hunter, Gordon Lightfoot (Young's favorite) and others. The album is out on May 27th. Watch the interview, and two songs performed by Young below:

Young performs Ivory Joe Hunter's "Since I Met You Baby"