George R.R. Martin explains why "Game of Thrones" novels were written on an ancient word processor

Martin explains to Conan that he writes on a DOS machine -- for good reason! 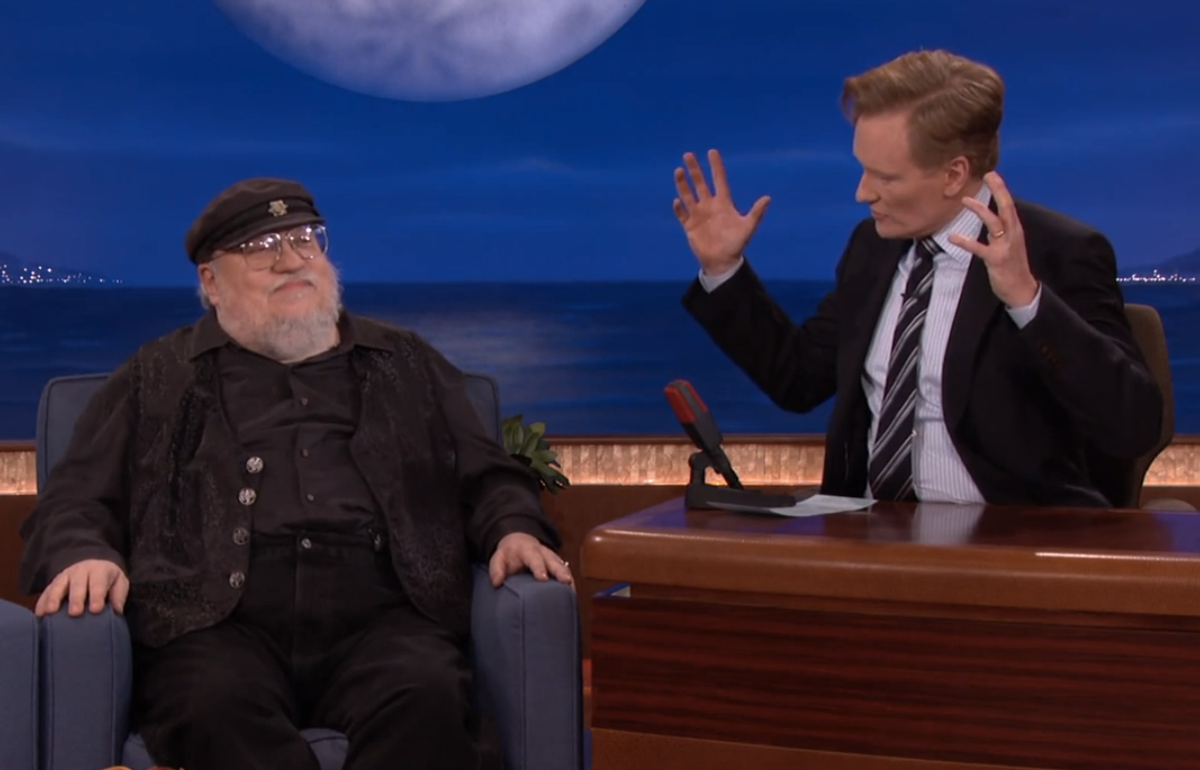 "Game of Thrones" author George R.R. Martin does his writing on a processing system from the 1980s. Given the success of his novels, and wildly popular HBO show adaptation, I don't think it's hurt him.

It is, however, a fascinating thought. With cutting-edge technology rolling out by the minute, why revert to using WordStar 4.0 on a DOS word processor?

Last night on "Conan" Martin explained his word processing choices. "I have a secret weapon," Martin says. "I actually have two computers."

"I have a computer I browse the Internet with and I get my email on, and I do my taxes on," Martin continues. "And then I have my writing computer, which is a DOS machine, not connected to the Internet. I use WordStar 4.0 as my word processing system."

His reasoning for this is to simplify the process. WordStar 4.0 boils down the word processing components to a degree Martin prefers.

"I actually like it, it does everything I want a word processing program to do and it doesn't do anything else," Martin told Conan O'Brien. "I don't want any help. I hate some of these modern systems where you type a lower case letter and it becomes a capital letter. I don't want a capital. If I wanted a capital, I would have typed a capital. I know how to work the shift key."

"What about spell check? I bet you hate spellcheck," O'Brien exclaims.

"Oh I hate spell check!" Martin grumbles. Which only makes sense when writing many of the names of his fantastic characters and realms of "Game of Thrones." Watch the clip below: