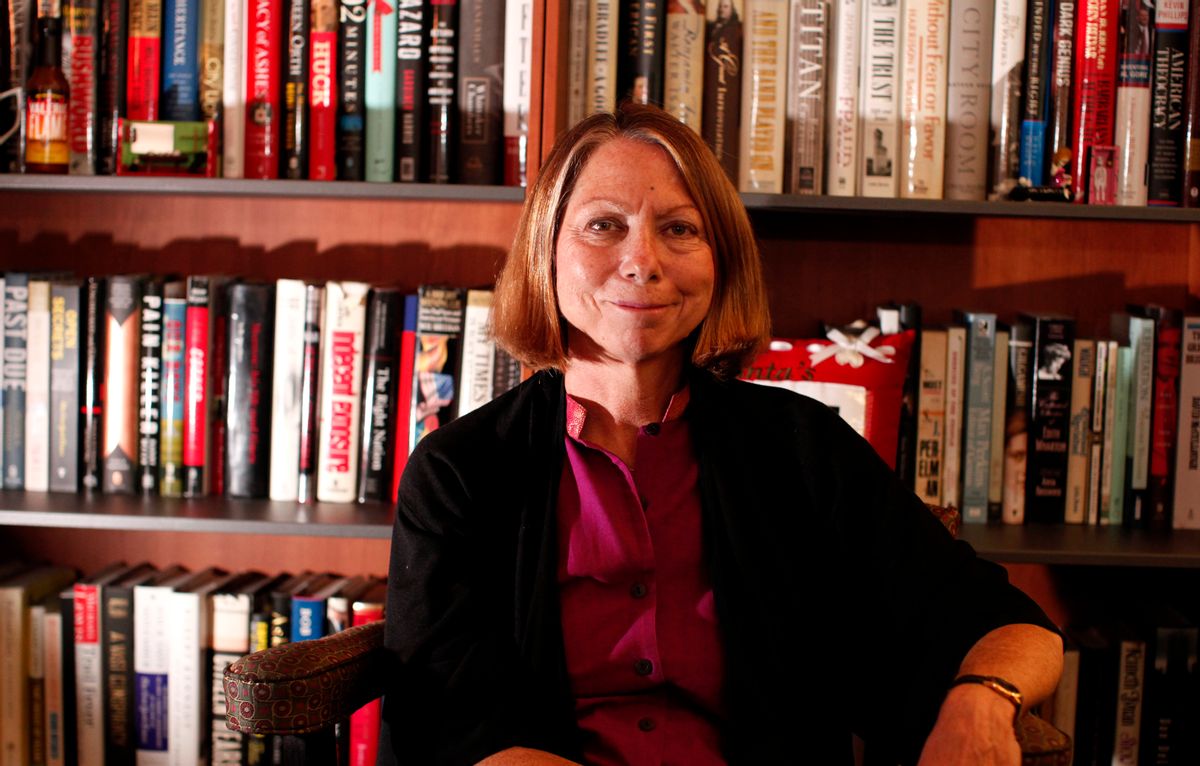 The announcement, today, that Jill Abramson was departing her job as executive editor of the New York Times prompted much speculation across the media. Abramson, appointed in 2011, had enjoyed a relatively brief tenure and one riven by nasty, critical coverage, particularly in Politico. Howard Kurtz, a Fox News media reporter, noted that there's "Gotta be a backstory there."

Ken Auletta of the New Yorker has reported on Abramson in the past, and today reports that there indeed was: that Abramson recently learned her pay package was not commensurate with that of her predecessor, Bill Keller, and sought parity. Auletta reports: "'She confronted the top brass,' one close associate said, and this may have fed into the management’s narrative that she was 'pushy,' a characterization that, for many, has an inescapably gendered aspect." The counterargument to Abramson's pay request, predictably, is that ownership did not want to outlay more money in a difficult time for print media, but in an update, Auletta notes that a deputy of Abramson's, a man, made more money than she did while she was managing editor.

Auletta also indicates that Abramson clashed with the paper's publisher over hiring decisions, particularly as relates to the digital side, and offended managing editor Dean Baquet by not consulting him. (Baquet has been named Abramson's successor.)

The Abramson firing will likely take some time to be sorted out in the media -- for her part, Abramson has not yet spoken publicly but for a terse statement, and the Times' own reporting indicated only publisher Arthur Sulzberger Jr.'s desire to resolve "an issue with management in the newsroom." Auletta's reporting, though, is a startling first indication that the dismissal of one of the highest-ranking women in the media may well have borne gendered components. It remains to be seen just how pushy, as executive editor, Baquet will be, or whether that would be read as forcefulness and strength.