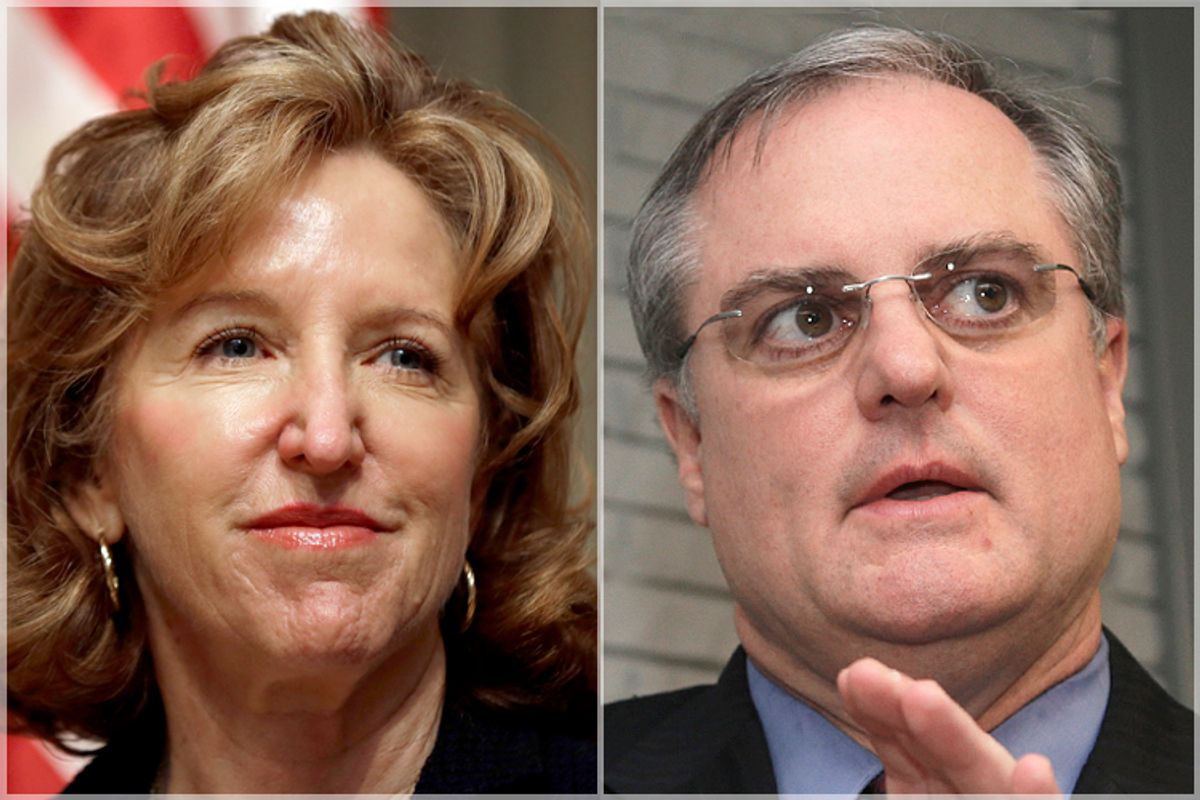 We’ve been reading Mark Pryor’s political obituary for months now. When Rep. Tom Cotton announced that he was going to run for Pryor’s Senate seat last August, political reporters were quick to shovel dirt on the Arkansas Democrat. “Tom Cotton sends Mark Pryor’s outlook from bad to worse,” was the Washington Post’s take. “If there were any doubts that Sen. Mark Pryor (D-Ark.) is the most vulnerable senator in the country this election cycle, Rep. Tom Cotton (R-Ark.) appears to have put them to rest.”

And yet here we are, six months from Election Day, and Pryor is still very much alive with a 5-point poll average lead over Cotton.

Pryor’s strength runs counter to the conventional wisdom that 2014 would likely witness the final expurgation of the Southern Democrat, and he’s not alone in challenging that narrative.

Pryor’s transition from dead man walking to unlikely bulwark against a Republican Senate majority was chronicled by Caitlin Huey-Burns at Real Clear Politics, who broke down Pryor’s strategy: appeal to older voters, and capitalize on incumbency and family history. As Huey-Burns notes, Pryor has been hitting Cotton hard on Social Security and Medicare, running ads highlighting Cotton’s  support for “Paul Ryan’s budget proposal, which would alter the structure of the programs and increase the eligibility age.” The strategy has, for the moment, paid off. Elderly voters, who are critical to Republican success in the midterms, back Pryor by a 19-point margin, according to NBC’s most recent polling.

Cotton’s team, meanwhile, is exhibiting the tell-tale signs of a campaign that knows it’s behind: leaked internal polls, and a bit of unskewing. “Internal GOP polling found Cotton leading Pryor by two points among likely voters. Republicans also argue that the party is often under-sampled by national pollsters in Arkansas, and that the NBC-WSJ survey relied on registered voters and not likely ones.” (Challenging the NBC poll’s methodology doesn’t change the fact that Cotton has led in only one poll since February.)

Pryor’s incumbency is also helping him beat back against the tide, and other Southern Democrats are getting a boost from their time in office as well. Harry Enten at FiveThirtyEight broke down the data and found that incumbency helps candidates in states that are shifting away from the incumbent’s party.

If you look at just the polls, Enten found, then Pryor is a 58 percent favorite to win, but when you factor in Barack Obama’s unpopularity in the state, his chances drop precipitously to 40 percent. Pryor’s incumbency helps lessen the weight of Obama’s baggage, bumping Pryor up to 45 percent. The same is true in North Carolina, where Kay Hagan is also widely considered to be a prime pick-off candidate for the GOP. Obama is unpopular in the state, but FiveThirtyEight finds Hagan is “the slightest of favorites when we take into account her incumbency.”

While Hagan and Pryor are holding on against an insurgent GOP, Georgia is shaping up to be something truly unthinkable: a potential Democratic Senate pick-up. The New York Times forecasts that Democratic candidate Michelle Nunn has a 43 percent chance of winning the seat, though her chances will vary greatly depending on which candidate emerges from the hotly contested Republican primary.

This is all, of course, very preliminary and subject to the rote disclaimer that much can happen between now and Election Day. And it’s also true that other Southern Democrats – like Louisiana’s Mary Landrieu -- look to be far more vulnerable. But for now we’re seeing a level of resiliency from Democrats that runs counter to the expectation that the GOP would romp through Dixie.