The world did not need another overconfident self-styled Renaissance Man, but here he is 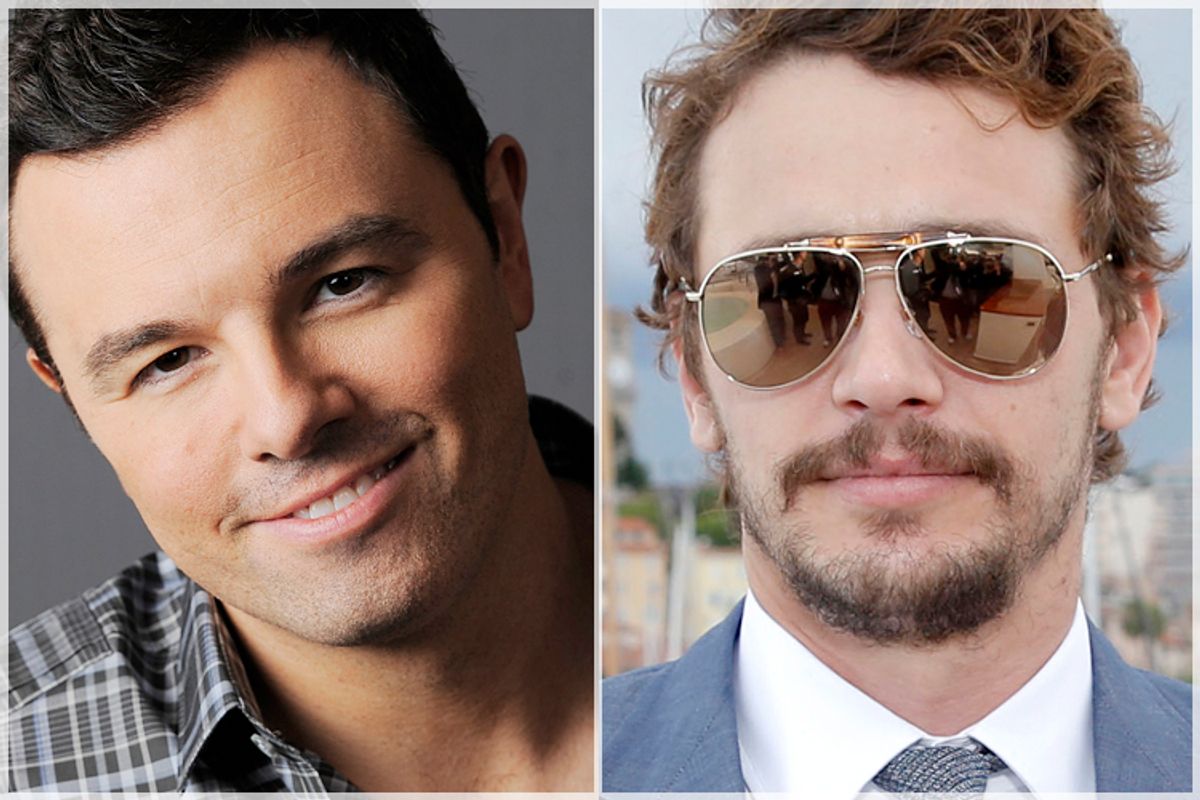 Seth MacFarlane -- voice-actor, comedian, animator, creator of approximately 2,398 sitcoms and animated series, executive producer of "Cosmos," co-writer and star of the upcoming film "A Million Ways to Die in the West," and controversial Oscars host -- has just announced that he is releasing a Christmas album. Which is to say: MacFarlane is the new James Franco.

MacFarlane's album will provide more of the Sinatra-esque crooning he debuted in 2011's Grammy-nominated "Music Is Better Than Words." The news has prompted the Hollywood Reporter to declare MacFarlane a "Renaissance Man." It just so happens that Franco got that same illustrious label from NPR in 2010.

In 2012, the AP wondered, "Is there anything Seth MacFarlane can't do?" But as we've learned all too well from Franco, just because you are physically able to do something doesn't mean you should.

In addition to being everywhere, you could say that MacFarlane serves up the same "immature man-child" brand of humor as Franco -- his own, more sexist version of "Seth-Rogen-is-fat-and-we-are-gay-for-each-other," which sometimes includes boobs, sometimes includes racism, and even a dash of homophobia. And like Franco, he is everywhere.

It's only a matter of time before his mere presence becomes performance art. People aren't yet asking, "Why would the art world coddle Seth MacFarlane?" but give it another few years, a few more offensive jokes, a series of ill-conceived books, an album of jazz music set to fart jokes, and they just might.