How the Internet saved late-night television

With the rise of social media, talk shows have become more about what's watched the next morning than the night of 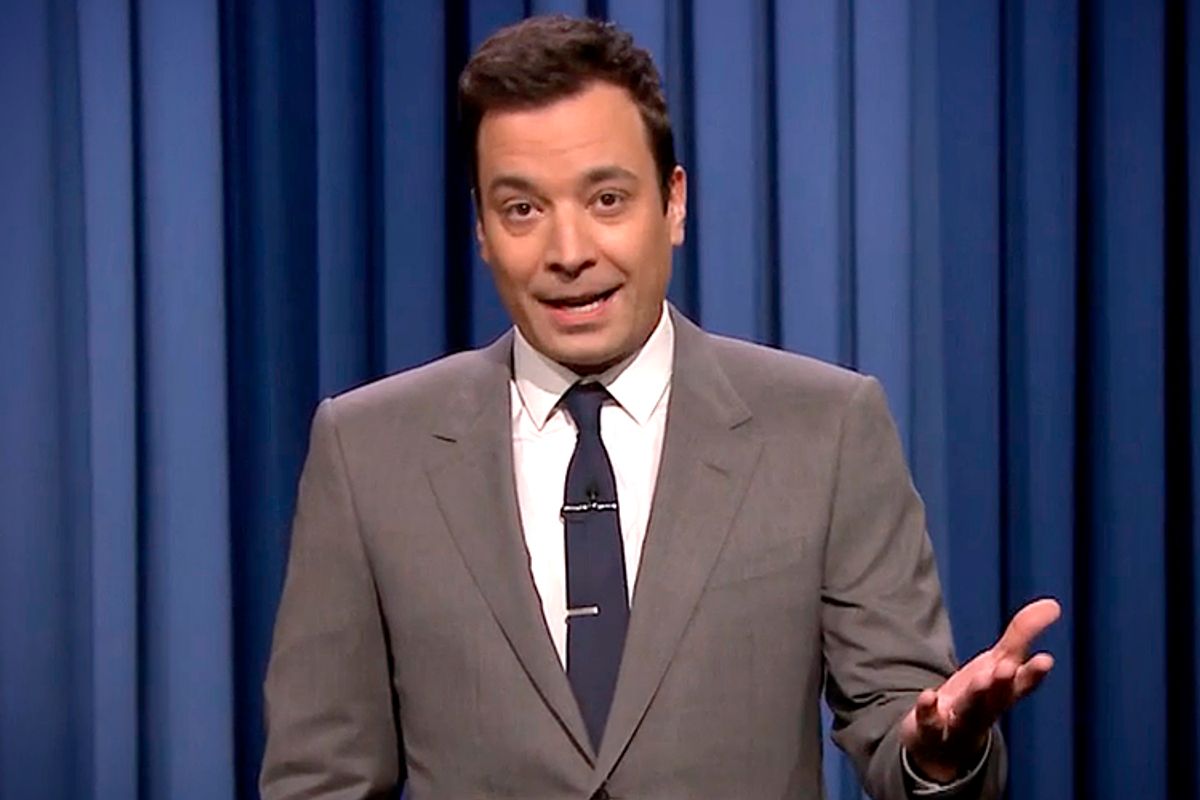 By the end of 2015, the landscape of late night television will look a lot different than it did even a few years ago. Jimmy Fallon and Seth Meyers will be holding it down on NBC, while Stephen Colbert andwhoever replaces Craig Ferguson will take over on CBS. Jimmy Kimmel will still be at ABC, but even going into his 13th year there, he’ll be a newbie compared to cable guys Jon Stewart, who’s been hosting The Daily Show since 1999, and Conan O’Brien, who first got into the world of late night in 1993.

But the hosts aren’t the only thing that’s changed since O’Brien first became a late night fixture over 20 years ago. The whole idea of what late night television is supposed to be has transformed.

Gone are the days of Johnny Carson, when Americans collectively relaxed at night with the familiarity of their favorite host. Today, not only are there more options in late night, the very idea of sitting down to watch an hour of comedy, interviews, and performances before going to bed seems somewhat archaic.

With the rise of the Internet, late night has become almost more about what gets watched the next morning rather than how many people tune in the night of. Or perhaps a more appropriate way to look at it would be that the late night videos that go viral create an obvious link between themselves and the popularity of the shows they originate on.

Letterman is the last of the true late night old guard, and when he retires, he’s likely to take a group of older fans who’ve watched late night TV for years with him.

That’s not to say that older people don’t regularly tune into other late night hosts besides Letterman, but what gives someone like Jimmy Kimmel the edge is that younger people will occasionally watch, too. On the one hand, you have an older audience who’s looking for consistency, who want that time-honored format to come back to every night. However, a younger person flipping around channels might settle on Kimmel because they’ve seen one of his popular segments online.

As Jason Lynch at the Daily Beast recently pointed out, the disconnect between someone like Kimmel and someone like Letterman is illustrated by hits. “More than 30 million people have seen Kimmel’s various YouTube challenges (like the Halloween candy), while upwards of 17 million watch his segments in which celebrities read mean tweets about themselves," Lynch writes. "Letterman, meanwhile, barely gets above 100,000 views. (His most-watched YouTube segment? His retirement announcement, with 3.2 million views.)”

To be fair, Letterman’s retirement announcement has now passed 3.5 million views, but the point is it’s these numbers that the major networks, ABC, CBS, and NBC alike (FOX remains reluctant to get into the late night game) hope to use to help nab the elusive younger demographic.

There are several different ways late night TV has used viral videos to attract said younger demographic, but Jimmy Fallon takes the cake in this regard. Lynch notes that his sketches are routinely viewed up to four times more than Jimmy Kimmel’s (the coming shift should have been evident from the moment Fallon debuted his show with a laptop on his desk, while Seth Meyers has now taken to occasionally using an iPad).

Fallon has used pop culture crazes, general silliness, and anoverwhelming amount of musical parodies to create a constant stream of videos perfect for online consumption. More than anything else though, he’s figured out how not to just usecelebrities, but how to use them to their greatest strengths. His formula isn’t really that complicated, despite being immensely successful; people who use the Internet like celebrities, and they especially like celebrities singing or rapping or doing other crazy things.

That said, Jimmy Kimmel isn’t a slouch in the viral video department either. "I'm fucking Matt Damon" and "I'm fucking Ben Affleck" were probably the first late night sketches to demonstrate that if you can get a celebrity to sing a funny song, the Internet is going to pay attention.

Indeed, Kimmel has no problem doubling down with famous peoplewhen the time comes for it. But what makes Kimmel unique is the way he tailors so much of his show to engage directly with people online. In addition to “Celebrities Read Meat Tweets,” Kimmel has baited parents with "I Told My Kids I Ate All Their Halloween Candy" and pranked the gullible with "Worst Twerk Fail EVER"among other Internet-savvy sketches. Even this week, he’s finding new ways to engage with Internet culture, while mocking it at the same time.

Meanwhile, it remains unclear whether Colbert will be able to match the success of his future competition. He certainly has a following online, and many of his segments have made the rounds all over the Internet (although not always for the most desirablereasons). But he doesn’t have a strong viral presence yet (probably in part because Comedy Central doesn’t want their content on YouTube), and as the Wall Street Journal observed, he’s lagging way behind his peers in this regard.

However, Colbert and Jon Stewart do lead in the 18-24 demographic when it comes to late night. Colbert may not take too many of these viewers with him when he makes the jump though, since a) they’ve come to expect his Colbert Report persona, which he’ll be dropping once he moves to The Late Show, and b) 18-24 year olds get their news from these Comedy Central programs, while Colbert will be doing more traditional late night television on CBS.

But if Colbert can increase his viral capacity and bring just some of his viewers from Comedy Central with him, he’s got a pretty good chance of standing tall alongside Kimmel and Fallon.

The one thing that will always remain the same in late night is that it’s about cult of personality. Having more choices means having more to argue about. If the war between Conan O’Brien and Jay Leno (and before that, between David Letterman and Jay Leno) taught us anything, it’s that people are fiercely defensive about who they’re willing to let into their home on a semi-nightly basis.

And if late night TV is going to survive, this idea will remain essential. You might laugh at one of Kimmel’s segments online, but be a Fallon guy when it actually comes to watching someone on TV. Viral videos give a chance for everybody in the field to attract new fans and followers.

Still, if the networks are going to keep the late night lights on, at least a few people are going to have to come back to the well where those videos came from.