"Let's see how feminist you are when you're begging for more": The violent, sexist world of comic website comments

On some comics websites, the comments sections are a hotbed of sexual harassment 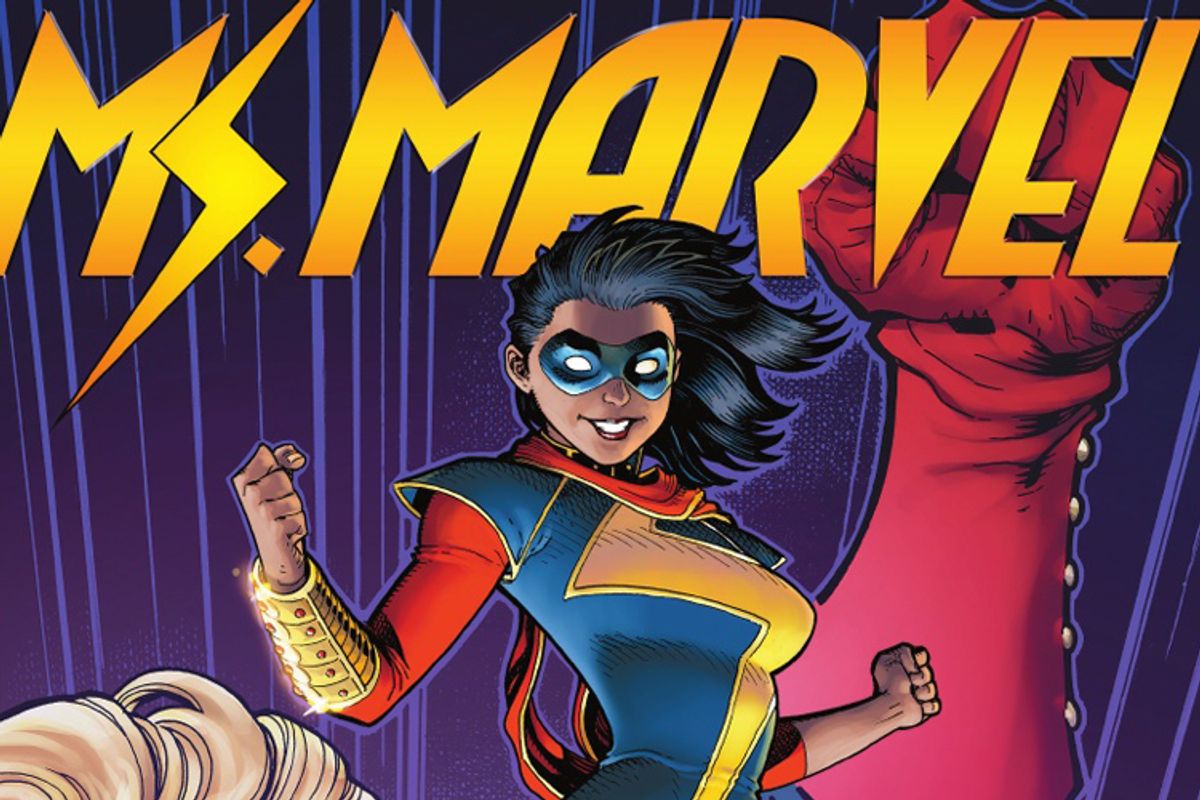 There are tons of comics by women, for women and about women, from Carla Speed McNeil’s sci-fi epic “Finder” to Edie Fake’s dazzling genderqueer “Gaylord Phoenix” to Ai Yazawa’s manga rock 'n' roll soap opera “Nana” to the new Marvel tween Pakistani superhero “Ms. Marvel.” But despite the fact that there are so many women in comics, the comics community sometimes feels like it wishes that comics were only for guys — and does its best to make sure women don’t feel welcome.

As a case in point, a couple of weeks back, Janelle Asselin, a former editor at DC Comics, wrote a piece at venerable comics site Comic Book Resources pointing out that the cover for Issue 1 of the new Teen Titans series is centered on a teenage girls with, in Asselin’s words, “breasts the size of her head” — breasts that, again as Asselin points out, are drawn like implants. Asselin also noted that, thanks to successful cartoons, Teen Titans is a title with a large potential female audience. But women aren’t likely to feel welcomed by marketing devoted to clumsily sexualizing teen girls.  Teen Titans, she concluded, seemed to be actively working to exclude women who might otherwise enjoy the title.

And how did male comics fandom respond to this suggestion that they were not being especially welcoming to women? By deluging Asselin with repulsively abusive comments. One called her "Feminazi." One said: "Let's see how feminist you are when your [sic] begging for me." Another wrote: "Can't wait to rape you."

This is not the first time this sort of thing has happened. Cartoonist Tess Fowler spoke out late last year about an incident in which X-Men writer Brian Wood supposedly hit on her and then, she said, shouted at her on the convention floor after she turned him down. (Wood denies this happened, and responded here.) Fowler’s alleged comments sparked a number of discussions about the problem of sexual harassment in comics — but they also prompted many comics fans to (you guessed it) spew rape threats at her. “They targeted both my public and private facebook page, and overwhelmed my gmail account. It got to the point where I just stopped checking private messages altogether for a couple of months,” Fowler told me in an email.

So the backlash against Asselin wasn’t unexpected. But what happened next was. Jonah Weiland, the owner of Comic Book Resources, where Asselin’s article was published, announced that, in response to the abuse Asselin had received in comments on the site, he was going to lock the comment boards, delete them from the Web, and introduce a new forum — in which no abuse will be tolerated.

Asselin told me by email that most of the hate she received was through social media and (ironically) through an anonymous survey about sexual harassment in the comics industry that she had placed online. Still, while Weiland’s move certainly won’t stop all abuse in comics communities on the Internet, it does send a clear signal that comics aren’t just for boys. As Susana Polo said at the Mary Sue, “communities without or with little moderation tend towards the exclusive rather than inclusive” — a free-for-all tends to encourage bullying and abuse, rather than diversity of opinion. Asselin certainly found the change heartening:

“ I think it’s really great that CBR drew that line in the sand and said they would not tolerate harassment anymore …. I’m sad that it had to come to a head with my article when it had been an ongoing problem not just at CBR but at many message boards for quite some time.  But I think Jonah realized that it was becoming bad for business and driving away people who might otherwise be loyal fans of the site but who found the environment unwelcoming. There are other sites who have similar problems who aren’t changing anything, and I know that there has been a lot of grumbling from some CBR posters, so it was definitely not the path of least resistance for them. They deserve a lot of credit for that.”

Weiland himself said in an email to me that the actual logistical changes in setting up the new boards weren’t that sweeping. He’s increased his own involvement and made some changes in moderating personnel, all of which has entailed some expense. But he said, “The biggest thing I discovered the community needed is a very clear, definitive voice of what’s expected.” He added,  “ None of this is necessarily difficult – it’s not like we’re laying down asphalt on a hot day – but it takes time and thoughtfulness. And I believe the costs will be worth it in the long run – based on the response thus far, there’s been more enthusiasm for this change than I ever imagined ….If our community can become a safe, inclusive and respectful place, that’s good for CBR and it’s good for comics.”

There’s certainly a lot more that can and needs to be done in comics. Asselin notes that it’s important for comics fan sites to hire women writers: “ When it becomes shocking for a site to hire a woman and the fans react poorly to the terrifying sight of a woman having an opinion, that site has built that problem. And there are many comic sites that have that kind of environment.”  Heidi MacDonald, who runs the comic news site the Beat, told me by email that “every site that wants to be civilized needs to moderate their boards.” She added, “Bleeding Cool has a huge message board and every time I go in it I want to take a bath. IGN and Millarworld are also not the best.”

Still, it’s heartening to see one of the major centers of comics discussion on the Web issue a clear, determined statement that their community will not tolerate misogyny and abuse. As Fowler says, “Comics are for everybody. Eventually that fact will have to be embraced. If you’re in the old guard, be it professional or fandom, you’re going to get left behind. Online is a clear example of what the battlefield looks like at any given moment. The doors are being forced open.”