Why GOP's Benghazi fundraising is so upsetting to veterans

As a veteran and former State Dept member, here's why I find NRCC's gambit so deplorable. Greg Walden should stop 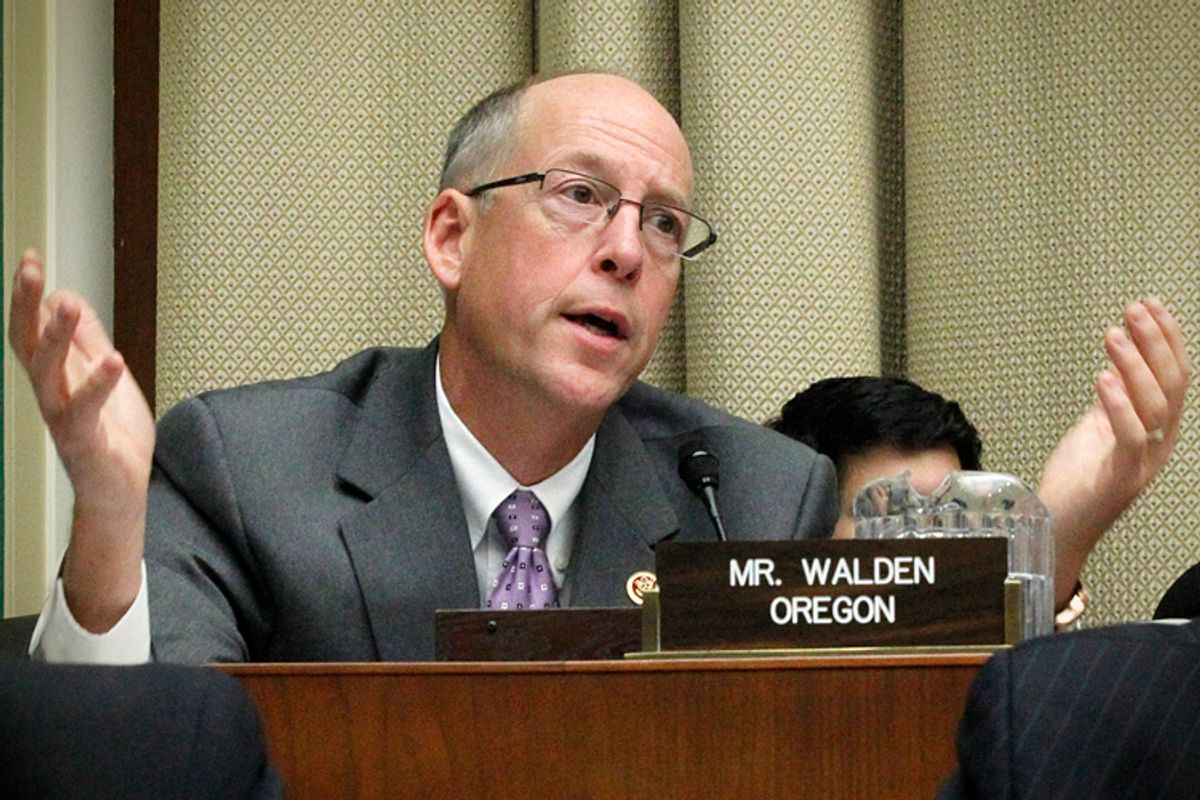 The twisted fixation of the Republican Party with the imagined Benghazi cover-up has truly reached a new low, and does a disservice to the seriousness with which such tragedies should be treated -- and the memories of those who lost their lives in the line of duty.

The House’s newest select committee on Benghazi is the latest chapter in a long witch hunt that has already produced 13 hearings, 25,000 pages of reports, and 50 briefings. This farce, however, has now reached a low that should offend all Americans. The National Republican Congressional Committee (NRCC), led by Rep. Greg Walden (R-Oregon) continues to run a fundraising effort centered on the select committee’s media circus.

In addition to a well-documented email seeking donations off of Benghazi, the NRCC offers everyday citizens a chance on benghaziwatchdogs.com to participate in a “national effort for a national investigation,” with a contribution button atop the page.

My previous experience both as a Marine Corps officer and on detail to the State Department has taught me that combat is like a car crash; everyone sees something different. Despite the initial broad consensus in the diplomatic and intelligence communities that the Benghazi attack was part of a larger wave of anti-American protests, the administration should have reached out to get the ground truth before making the rounds on national media outlets. That omission in the rush to press, however, in no way constitutes a conspiracy and should be the least important aspect of the Benghazi dialogue.

A national tragedy should never be misused as a vehicle for purely partisan fundraising. It is an insult to the memory of Ambassador J. Chris Stevens, Foreign Service Officer Sean Smith, and former Navy SEALs Glen Doherty and Tyrone Woods.

To their credit, some GOP leaders have recognized how this profiteering strains both credibility and their sincerity. Representative Trey Gowdy (R-SC), selected to chair the House select committee, publicly argued that no one should fundraise “on the backs of four murdered Americans.”

Unfortunately, the few voices raised for a more sober dialogue that respects the seriousness of the tragedy have been drowned out by rabid politicking. This feigned outrage continues to be a transparent effort to whip up the far right base headed into midterm elections, distract from a do-nothing Congress, and hang a millstone around the neck of likely presidential nominee Hillary Clinton.

Legitimate debates, real questions, and constructive conversations should and must occur in the wake of such a tragedy. With Americans stationed all around the world, the balance between the need to keep public servants safe and concerns over diplomacy becoming ‘militarized’ must be constantly balanced. These discussions, however, bear little resemblance to what is currently happening in the House and on the national political stage.

Americans have always come together after we are attacked. From Pearl Harbor to 9/11, our resilience and unity in the face of violence is what has made our moral character strong and our response swift and severe. Learning from the attack at Benghazi should be considered a national priority; political gamesmanship should be regarded as a public embarrassment.

Any event in which Americans are killed while serving their country should be unflinchingly reviewed as to prevent similar tragedies. Americans must reject conspiratorial narratives at the expense of actionable reform and demand legitimate conversations driven by the desire to keep all Americans in the line of duty safe and hold to account those who were truly negligent. A fringe political movement that inherently views our president and government as somehow untrustworthy and dangerous is incapable of facilitating that dialogue.

It is time for fundraising and politicking revolving around the Benghazi attack to stop. The House select committee – and the inappropriate fundraising effort it has engendered – is a shallow ploy to extend political haymaking into the midterm season. As Americans, we must reject the spurious use of national tragedies as cheap fodder for any political base.

Peter Dixon served as a Captain in the U.S. Marine Corps in Iraq and Afghanistan and was detailed to the Department of State. He is a member of the Truman National Security Project’s Defense Council. Views expressed are his own.