"SNL" finale spares no one: The 6 best celebrity parodies and impressions 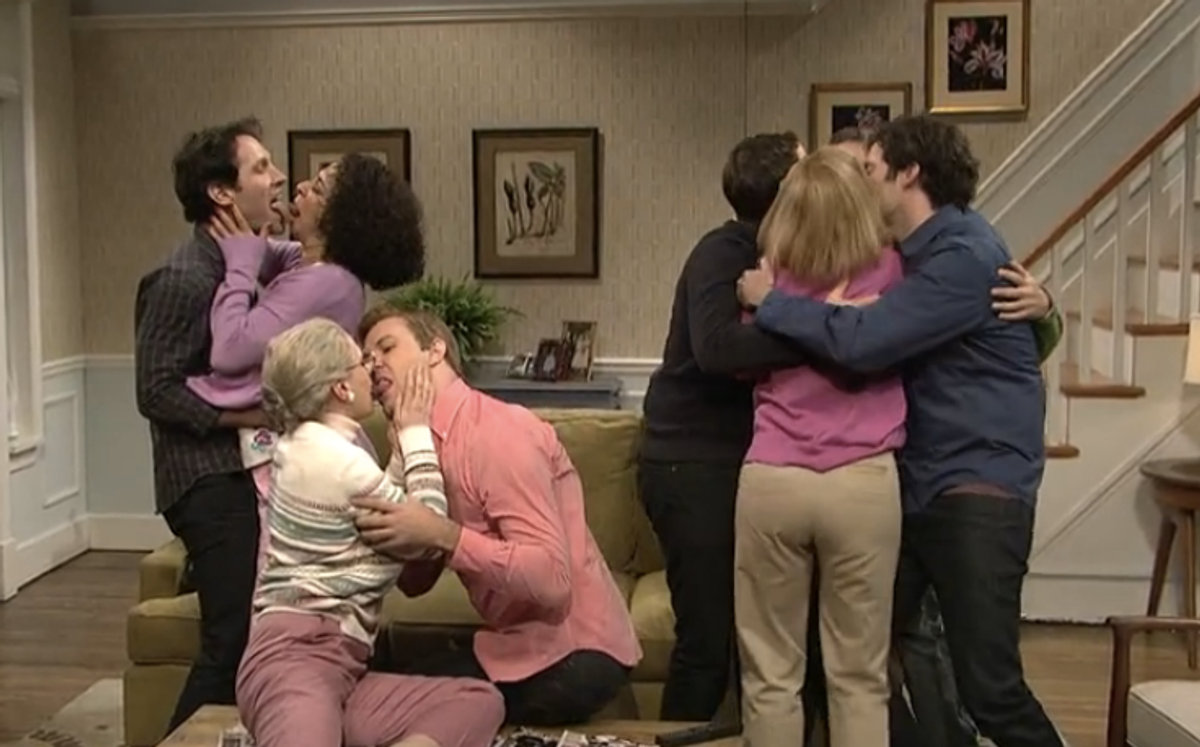 "SNL" pulled out all the stops for its 39th season finale on May 17th, bringing back alum Andy Samberg as host and featuring Kristen Wiig, Maya Rudolph, Fred Armisen, Bill Hader and Seth Meyers, along with celebrity cameos by Pharrell Williams, 2 Chainz, Lil Jon, Martin Short and Paul Rudd and Tatiana Maslany.

It's been a tumultuous year for the sketch show, which added seven new members to its small cast and weathered severe criticism for its lack of diversity last fall. But in its season finale, "SNL" demonstrated why its more culturally relevant than ever. Here are the episodes's top 6 sketches and monologues, lampooning figures at the center of the nation's biggest headlines:

Solange, Jay Z and Beyonce reveal what really happened in the elevator after the Met Ball

The Vogelchecks mock the outrage over Michael Sam's kiss

And for every celebrity who may have been left out, Bill Hader and Andy Samberg draw laughs by mocking them with some amazing impressions