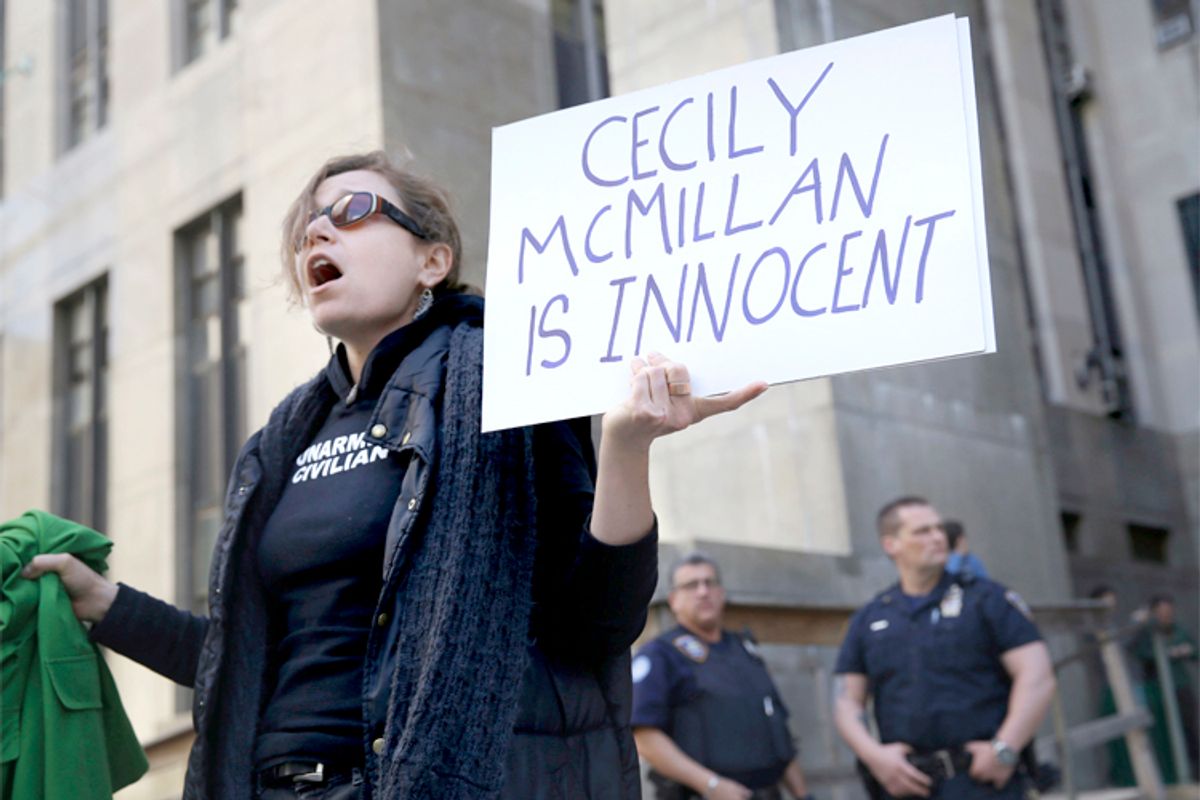 Ceily McMillan, the Occupy Wall Street activist whose trial for charges of assaulting a police officer has garnered widespread attention and outrage, was sentenced Monday morning to three months in prison, a period of community service, unspecified mental health treatment and five years of probation.

Yet while Judge Ronald Zweibel told McMillan that she "must take responsibility for her conduct," he also explained that his sentence was far short of the seven-year maximum her charges would allow because "a lengthy sentence would not serve the interests of justice in this case."

McMillan was recently found guilty by a jury of deliberately elbowing a police officer in the face during the clearing of Manhattan's Zuccotti Park in 2012. McMillan claimed her action was an involuntary response after the officer grabbed her breast.

Despite the ruling, however, nine out of the 12 jurors wrote a letter to Judge Zweibel urging him not to sentence McMillan to a lengthy prison stay.

"We feel that the felony mark on Cecily's record is punishment enough for this case and that it serves no purpose to Cecily or to society to incarcerate her for any amount of time,” the jurors wrote. "We the jury petition the court for leniency in the sentencing of Cecily McMillan. We would ask the court to consider probation with community service."