Researchers: The collapse of Greenland's ice sheet could be a bigger disaster than we thought 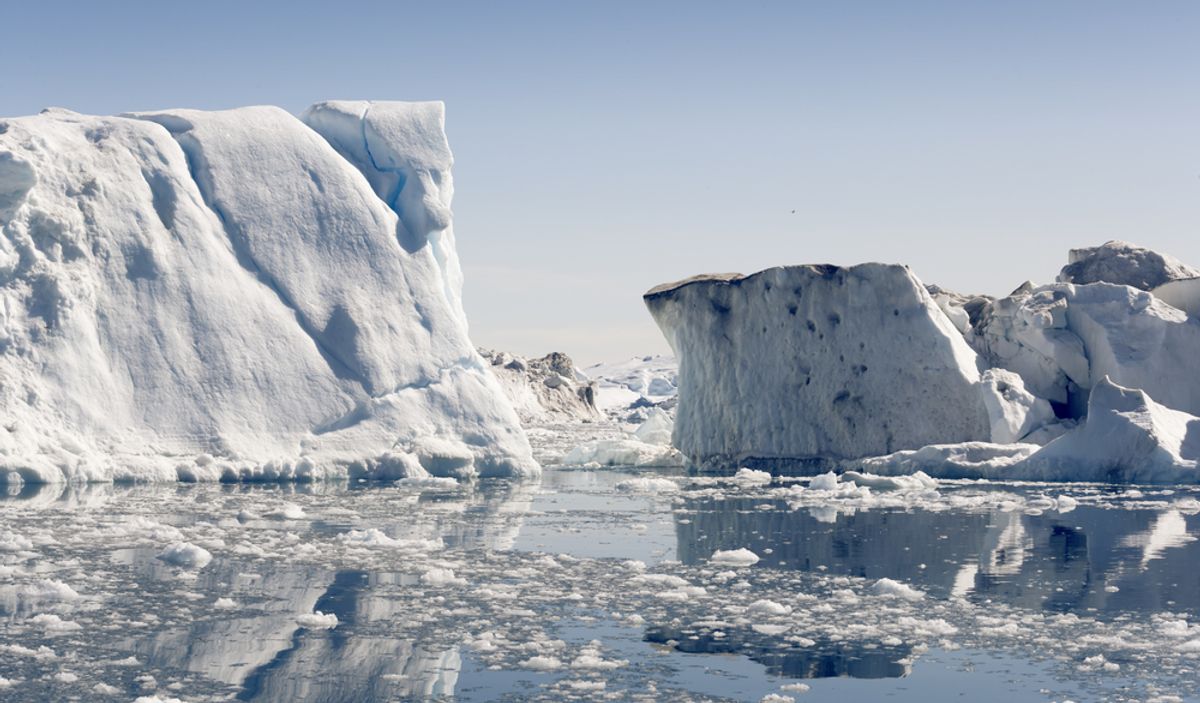 New, from the people who brought us the unstoppable collapse of the West Antarctic ice sheet: It turns out that Greenland's glaciers are more vulnerable to melting than was previously thought. That means current predictions of sea level rise, which are already quite alarming, may be too conservative.

Due to the particular quirks of Greenland's topography, say a group of researchers at the University of California, Irvine, writing in the journal Nature Geoscience, its glaciers "are likely to retreat faster and farther inland than anticipated – and for much longer." Climate Central explains:

Unlike the Antarctic glaciers, which end in tongues of ice that float on the Southern Ocean seas, the glaciers of Greenland terminate with the land, butting up against the surrounding water. So instead of warm water melting the glaciers from below, as in Antarctica, the ocean waters melt the vertical fronts of Greenland’s glaciers. Scientists had thought that the melt of the Greenland glaciers would continue for a few decades, until the ice melted back to a point where the ground was higher than sea level and then would halt.

But the new study, which resulted in the most detailed topographic map of the periphery of Greenland to date, found that wasn’t the case: Valleys underlying many of the glaciers stay below sea level and extend much farther inland than previously suggested, so warm ocean currents that have migrated northward with the changing climate could eat away at the ice for much longer than current climate models suggest. “It will take much longer for these glaciers to lose contact with the ocean,” study author Mathieu Morlighem, of the University of California, Irvine, told Climate Central.

"This has major implications, because the glacier melt will contribute much more to rising seas around the globe," said Morlighem in a statement. The West Antarctic ice sheet is already contributing what could turn out to be over 10 feet of sea level rise; Greenland's ice sheet, in a worst-case scenario, contains enough ice to add 20 feet more. Further research will be needed to understand just how bad it could get, but suffice it to say this is one fuse we'd be best off not lighting.