A super PAC for the poor: How to actually get something done about economic suffering

A vocal pope and bestselling book are nice. But to really get results on poverty? Make lawmakers fear for their job 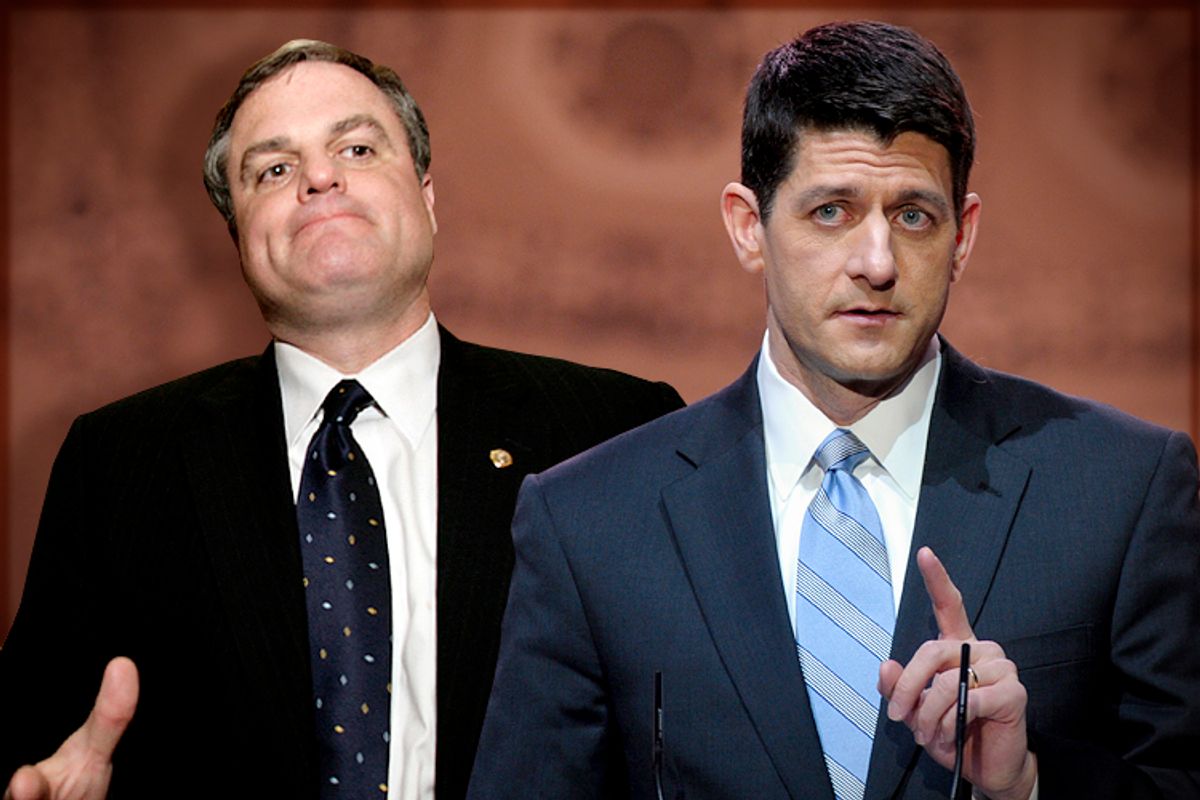 First, the good news. Economic suffering is getting big-time attention these days -- rhetorically, anyway. The new pope keeps condemning the “scandal” of poverty. A policy book on capitalism’s failings, Thomas Piketty’s "Capital in the Twenty-First Century," is suddenly a best-seller. And even conservative billionaires have concluded they need to reboot their message because “Americans place a great importance on taking care of those in need and avoiding harm to the weak,” a new memo informed them.

For all the rhapsodizing, though, here’s what struggling Americans have to show for it. As the nation’s poor swelled to one in six Americans, the last few months have seen a supposedly dysfunctional Congress reach bipartisan consensus on a farm bill that cut food stamps by more than $8 billion, pass a budget that failed to extend unemployment insurance and abandon a plan to increase the minimum wage so Americans working multiple jobs can exit poverty.

As if it took a study to confirm the point, a recent one by Martin Gilens and Benjamin Page analyzes 1,779 policy outcomes and determines that “economic elites and organized groups representing business interests have substantial independent impacts on U.S. government policy, while … average citizens have little or no independent influence.”

Obviously, many institutional forces are responsible for this. But an opportunity exists to fight back, and the anti-poverty cause has historically failed to exploit it: Members of Congress face reelection every two years. They also don’t want to lose their jobs. Reelection is a biennial existential threat to these men and women, one that numerous other interests have leveraged to great effect.

Their success provides a road map. The anti-tax Club for Growth pours money into races to catapult its preferred candidates into office. The NRA threatens to spend money on races, and gets incumbents and candidates to adopt its favored positions. And the conservative Heritage Action publishes a scorecard grading lawmakers on its priorities, and, in so doing, motivates them to do “better.”

It’s nice that people are finally talking about economic inequality, but to really strengthen the electoral and financial power of struggling Americans? Do what the other side would: Start a super PAC whose sole agenda is to advocate for the needs of poor people.

If you want a member of Congress to start thinking of the needs of poor people, make him think he could lose his job if he doesn’t. That means identifying deficient lawmakers (of both parties) and investing time and resources in pressuring -- and/or defeating -- them. It means furnishing a scorecard that grades legislators on issues (e.g., minimum wage, food assistance, housing affordability, drug laws and civil rights) -- and rewarding or punishing them, accordingly. And it means deploying resources wisely and aggressively so that by the end of the campaign cycle, you can claim victory in enough electoral outcomes to have a few examples to show future candidates not to mess with you.

This call is not meant to belittle the efforts of the many effective individuals and institutions, from food banks to nonprofit advocacy groups, already devoting their lives to combating hunger and suffering. These are vitally important entities that perform essential direct service, research and lobbying. But when it comes to influencing politically motivated candidates and lawmakers – the ones who can pass better laws, institute better programs, decide better spending levels – these advocates are not always what’s needed most: They're not scary.

Which is a good thing: They should be earnest and compassionate. But a super PAC should be every bit as competitive, ruthless, dispassionately managed -- and politically terrifying -- as its counterparts pushing the opposite agenda. The key is to combine the indispensable work of such service and policy organizations -- along with key organizing efforts like fast food strikes and other labor fights -- with the brawling politics of a super PAC.

Upending the political balance won’t happen overnight. With that in mind, the PAC’s short-term strategy should be simple: identify a small, manageable series of targets in House and small-state Senate races. If you can focus on those campaigns and ultimately claim victory in a few, you’ll have examples to show other lawmakers (and the political establishment) you mean business, which will bring enhanced stature into the subsequent election cycle. And give future threats and demands more credibility.

This venture should not be an offshoot of the Democratic Party. An anti-poverty PAC might find it worthwhile to play in general elections (after all, some opponents of vital programs for poor Americans, including Paul Ryan, represent relatively moderate districts). But politicians of both major parties are neglectful of the needs of poor people. Six Democratic members of the House voted against a minimum wage hike last year, and Democratic Sen. Mark Pryor of Arkansas continues to oppose it.

Lest you think that any candidate in these districts would have to vote that way to survive, polling shows the measure is so popular that no individual region, demographic or political party opposes it. That means some of a super PAC‘s most important work might come in primary battles.

The idea of a member of Congress losing his seat because he tried to cut food stamps or opposed a minimum wage would alter the politics around these issues dramatically. That said, there are some legitimate, foreseeable objections to the idea of a super PAC for this purpose – including from those who embrace the anti-poverty agenda.

First, the best way to rectify the imbalance of political power in this country is to do the opposite of starting a super PAC: cleanse the system of influential political spending. This argument holds particular resonance in the context of a Supreme Court that continues to hand mega-donors more and more power to lord their money over elections and lawmakers. Thanks to a succession of decisions like Speechnow, Citizens United and McCutcheon, those with money can exercise more speech than everyone else by using checkbooks to influence election results, get the ears of lawmakers, and incentivize the powerful to share their agenda.

This is a valid point. Limiting outside money’s influence on our politics – whether through a constitutional amendment, public financing plan or vehicles like Larry Lessig’s “super PAC to end all super PACs” -- is a vital goal that will do much good. But between the current composition of the court and the infancy of these efforts, that fight is not going to be won tomorrow, or the next day. For poor Americans who are sleeping in their cars tonight, about to lose their unemployment checks, or working three jobs and still skipping meals to feed their children, the luxury of waiting for this victory doesn’t exist. For them, it makes sense to wage both fights at once -- working to ultimately combat the influence of outside spending, and, until that happens, spending to influence anti-poverty outcomes.

Some, like former Sen. Russ Feingold, a longtime leader on campaign finance, suggest that getting in a money battle with business interests is asking for trouble, because it's a fight the other side will always win. This may be true, but the alternative is one-sided surrender -- little help to children no longer getting school lunches.

A related objection is obvious but important: The reason the anti-poverty movement hasn’t been using the playbook of business-backed conservative groups is that the former isn’t going to have the same access to cash. Poor people are not exactly going to be pouring millions into the effort the way the beneficiaries of other groups do. What’s more, people with lots of money, the thinking goes, will be unlikely to want to spend big on something that won’t benefit them personally.

It’s true that in addition to the support of everyday Americans, this plan would benefit from the generosity of well-meaning people with money. But it's also true that not all wealthy people share the agenda of the Koch brothers.

Jonathan Soros, activist member of a billionaire family, is devoting serious time and resources to crushing the influence of money in politics. Celebrity chef Tom Colicchio is a leading champion for hungry Americans, and has pushed vigorously for food stamp restorations. And Costco CEO Craig Jelinek has been a strong advocate of the Fair Minimum Wage Act, which would raise the federal standard to $10.10, with yearly increases tied to boosts in the cost of living. That’s just a few.

Would a sufficient number answer the call to make this idea work? Only time would tell. But here’s what we know right now: A breakthrough could potentially upend the political imbalance in this country. And the lives of 50 million fellow Americans urgently depend on it.