It's often assumed that women who sell their sexuality for a living were abused as kids. But is it true? 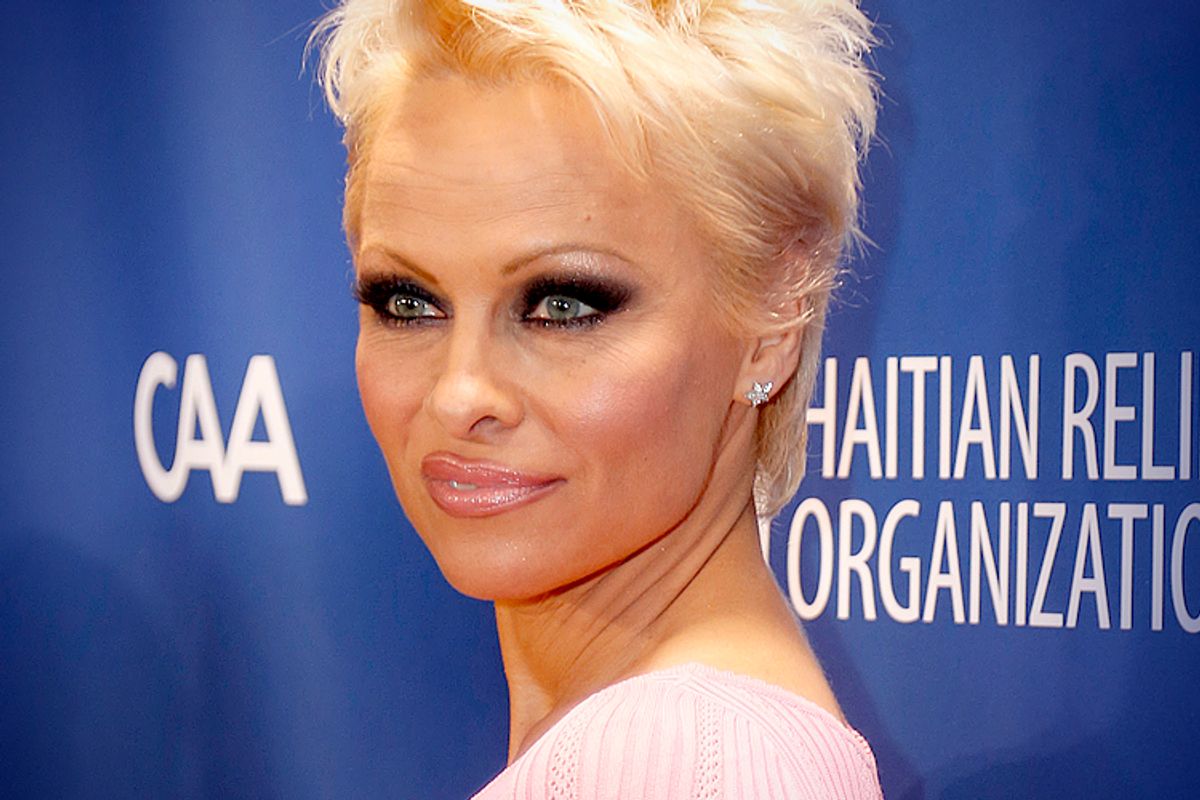 In a speech at Cannes over the weekend, Pamela Anderson confirmed what many already assumed. "I did not have an easy childhood. Despite loving parents, I was molested from age 6 by a female babysitter," she said. The 46-year-old went on to detail how she had been raped at age 12. Later, she said a boyfriend “decided it would be funny to gang-rape me with six friends.”

When I read this, my stomach sank. That is, of course, because what she experienced is unspeakably awful, but also because it fits a story we tell ourselves about women who make a living off their sexuality -- whether they do sex work or, in Anderson’s case, sex-symbol work. We explain away their taboo choice of profession with one weighted phrase: childhood sexual abuse.

On top of this compelling anecdotal evidence, there is a body of research alleging just such a connection -- specifically with sex work. A study of street prostitutes in San Francisco found that 60 percent had been sexually abused as children. Recent research found that 37 percent of sex workers were sexually abused as children compared to 15 percent of those working in food service or hairstyling. The book, “Prostitution, Trafficking and Traumatic Stress,” goes so far as to allege, "It is well established that sexual abuse in childhood is a precondition for prostitution: studies reveal that between 55 and 90 percent of prostituted women have histories of childhood sexual abuse."

But these studies are not without their issues. Katherine Frank, a cultural anthropologist, sex researcher and author of “Plays Well in Groups: A Journey Through the World of Group Sex,” tells me, “There have been a lot of shortcomings to previous studies,” specifically pointing to research focusing on street prostitutes, as opposed to the full spectrum of sex work. “They just focus on the more traumatized population. That’s not an accurate picture.” She also cites a lack of control groups in such studies.

Even studies demonstrating a higher rate of past abuse among sex workers reveal a more complicated picture once you dig deeper. For example, the authors of the recent study comparing sex workers to hairstylists make a point of writing the following:

“Early life misfortunate and trauma did not, however, tell the whole story. The majority of people involved in sex work did not have these experiences and a substantial minority of people involved in the other occupations had them. In other words, although a number of negative childhood, adolescent, and emerging adulthood experiences were more common among people employed in sex commerce than among workers in the other industries in our study (or the general population), these experiences described only a minority of workers.”

That’s not to mention the 2002 paper finding that “those who have been sexually abused are at no greater risk of becoming prostitutes than of becoming students." The same study noted, “Other research has suggested that those who have been sexually abused may become very negative toward sexual involvement. Our results suggest that rather than sexual misconduct, sexual abuse may be more likely to manifest itself in both suicide attempts and school expulsion.”

Frank points to the high rate of sexual abuse in the culture at large to discredit the supposed link. “The rates I’ve seen are quite high,” she says. “There are not that many sex workers in the population. It can’t be as much of an explanation in and of itself.”

She also suspects that we might be more likely to hear about abuse from sex workers. “What allows childhood sexual abuse to exist and proliferate?” she asks. “The answer to that is shame and secrecy, right? Kids don’t tell. People don’t talk about these things, because they can’t talk about sex. But sex workers deal with sex, they talk about it as part of their job.” As a result, she says, a sex worker might be more forthcoming about past abuse than, say, a waitress at your local diner. When you’ve shared as much of yourself with the general public as Anderson has, revealing past abuse isn’t such a big step.

Michael Bailey, a Northwestern University professor and psychologist specializing in sex and gender, tells me in an email that the dominant narrative around sex work and sexual abuse tells us more about our culture than about any individual woman. “There are several plausible links between experiences we'd label sexual abuse and later behavior. Our current society is obsessed with only one explanation: Sexual abuse causes later problems. But until the others are scientifically eliminated, we can't know.”