"Women should be grateful for bonus side effects!" 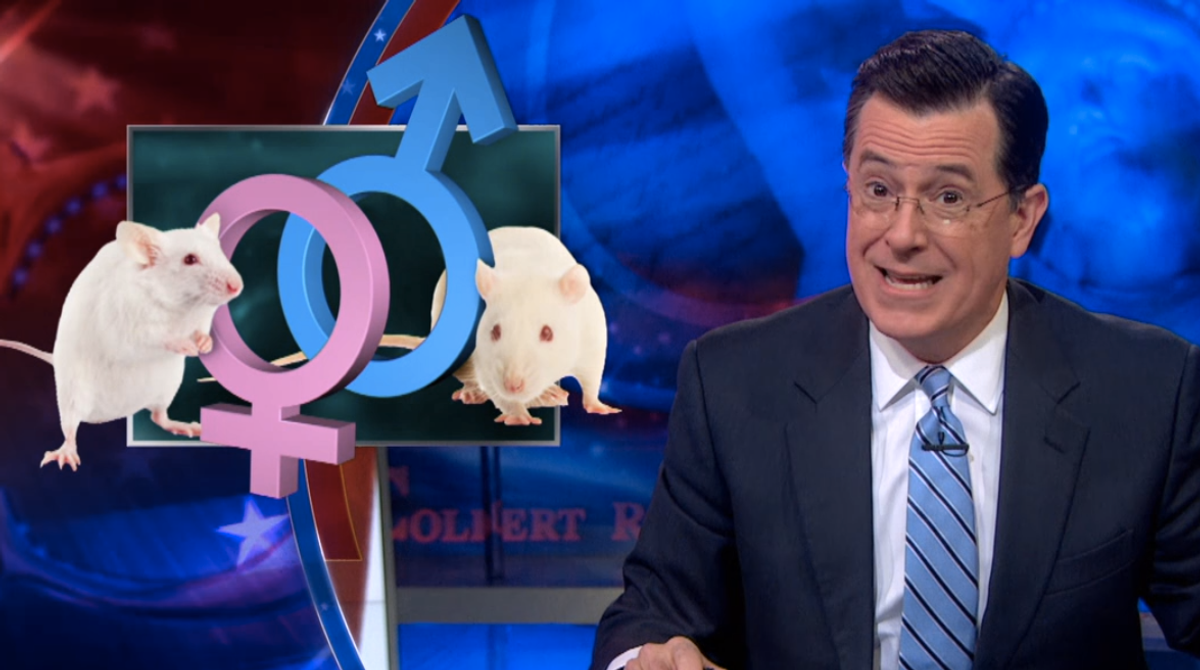 Last week the National Institutes of Health demanded that labs do animal testing on both male and female lab animals. It is an attempt to tackle the gender bias in drug testing, and detect the side effects medications have on women. In simpler terms: Men and male rats were the default, and so it was unknown what effect some medication like statins or sleep medication would have on women.

Stephen Colbert, of course, is not pleased. "Frankly, I'm sick and tired of hearing about equality," he said.

"And now Obama's equalicrats over at the National Institutes of Health," Colbert continued, "are directing scientists to perform their experiments on both female and male animals."

Colbert wasn't just worried about the "coed lab rats" hooking up and making things awkward in the lab, he says that it's science that "male is default human."

"If you want the bells and whistles, like the bumpy bits in front, or all that fancy plumbing down there, it comes at a price, ladies," Colbert explains. "For example, we don't make medicine for you."

Watch the entire clip below: