6 signs you could be a highly sensitive person 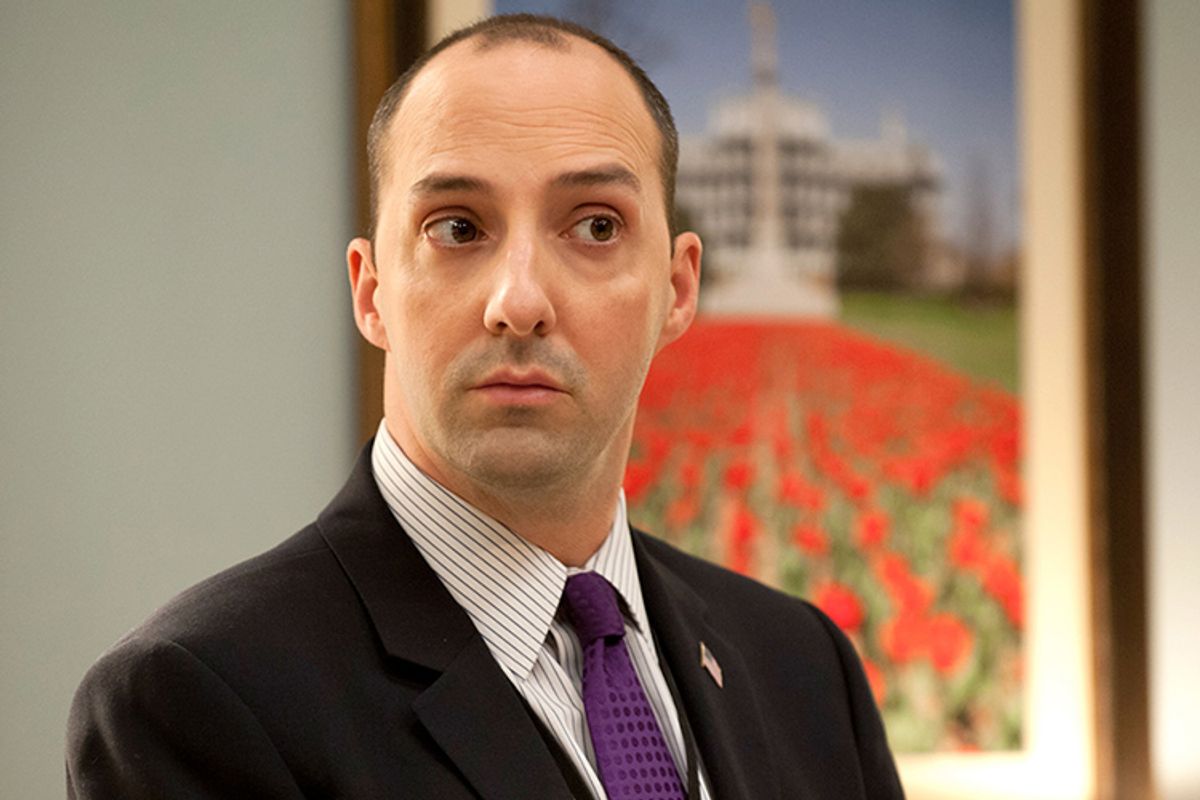 Psychologist Elaine Aron's research on a temperament category she describes as the "highly sensitive person" (HSP) has been gaining increased attention in recent years, and giving many people a big "aha" moment. Could you be among the 15-20 percent of the population she believes make up this group? I've learned that I am, and finding this out has changed the way I look at...everything.

When I was a kid, the taste of many foods was unbearably intense, and certain sounds were, too. I had a vivid imagination and experienced acute awareness of emotions — both my own and those of others. Yet I was not shy. Somtimes I would get so overstimulated I would find myself talking constantly, a tendency that earned me the nickname "Loquacious Lynn" from my mother and demerit points in school. I was transfixed by odd things: once, at summer camp, I stood paralyzed by the side of a stream, knowing that when I reached the other side I would be older and could never reverse the flow of time. I felt and saw things that enchanted and sometimes frightened me.

I grew up thinking I was most definitely weird, if not a tad crazy, and tried to send these peculiarities underground so I'd appear "normal." The effort was exhausting.

According to Aron, a lot of kids grow up feeling flawed (and perhaps medicated on that assumption) when they are not really flawed at all — they are just expressing a trait well within the normal human range: high sensitivity. In some cultures, such as Japan, the trait is highly valued, though sadly, this is often not the case in Western society, and such children can experience negative or confused reactions from peers and adults. In the 2011 documentary "Bully," a child who commits suicide in repsonse to bullying shows his first signs of being "different" as high sensitivity to loud noises, a fact no one comments upon as linked to his distressing experiences at school.

An HSP's temperament appears to be largely inherited (revealed through twin studies and other research), though environment plays a key role in how it develops. If the child is either overprotected or chastised for expressing what is for him or her perfectly normal, problems develop. Researchers who study the brain find that HSPs are aroused by stimuli that may not be detected by others and their difference has to do with how the brain processes information. They can't change what they are, though they can learn how to cope and monitor themselves.

High sensitivity can be seen in other higher animals, too. From an evolutionary standpoint, the trait is valuable in a group. While you don't want everyone, or even most members to have it, heightened sensitivity in some individuals is beneficial: They can warn of potential danger, make acute observations of the behavior of other animals, and share the wisdom of their tendency toward greater reflection. In history, HSPs would be the priest-advisors in the community. Today they are often the artists, teachers, researchers, and judges.

In the modern world, the trait has both positive and negative aspects. On the good side, you may be better able to spot errors and process information to deeper levels in your brain. On the bad side, you can react to false alarms and become rattled by loud noises and other stimuli. Caffeine and medicines may cause you to react more than most. Aron has also observed in her work that HSPs who had difficult childhoods are particularly prone to anxiety as adults.

According to Aron, this trait is not a new discovery, but it is something that has often been misunderstood and culturally devalued, making life challenging for people who live with it. Here are some things that tend to be associated with HSPs. (You can also take a self-test online.)

1. You were described as sensitive or shy as a child. You were the kid who knew what somebody was about to say before they said it. You reacted strongly to changes in your environment. Maybe you were the one who paused to watch before jumping into the game. Aron emphasizes that while most HSPs have been labeled shy, a full 30 percent have not and would be described as extroverted. She notes that some observers, like Susan Cain in her best-selling book Quiet: The Power of Introverts in a World That Can't Stop Talking, may really be talking about sensitivity when they discuss introversion. Being highly reactive to stimuli does not necessarily mean you don't seek out crowds or new acquaintances, although it often does. The key underlying trait is sensitivity, not inhibition. Some HSPs are actually sensation-seekers — stimuli can bring them intense pleasure as well as discomfort.

2. You pick up subtleties in your environment. The HSP's brain processes information and reflects on it more deeply. One thing HSPs share is the tendency to notice things others might not pick up on so readily, like the mood of a teacher or the rearrangment of furniture in a room. An artificial sweetener might taste like a chemical experiment, and someone's slightly off-key singing might sound like a fingernail on a chalkboard. HSPs might also have noticed a tendency to detect when someone is telling a lie, or intuit another person's feelings.

3. You can easily become overwhelmed. Too much intensity, chaos and noise can wreak havoc on an HSP, which is why they often work better in quiet environments. When they are able to concentrate, HSPs are excellent at work that requires deep thinking and fast turnover. But turn up the volume around them and ask them to do too many things at once and they become overloaded. If you're the kind of person who feels the need to retreat by yourself after a trip or an outing with friends or a busy day, you might be an HSP. Part of managing life for an HSP (or somebody who is close to one) is understanding and respecting the need for extra time to regroup and making allowances for your particular work style.

4. You fall hard and fast: Aron has devoted an entire book, The Highly Sensitive Person in Love, to the topic of HSPs and their style of loving. When they fall in love, they often feel tremendous ecstasy, and often very quickly, but they also feel anxiety, overstimulation and difficulty processing their intense emotions. Overstimulation and intensity can make intimacy difficult for HSPs, who are also the type of people who naturally seek it out. For HSPs, the risk of heartbreak and unhappy relationships is unfortunately higher than average, but understanding the trait and finding a partner who can be patient with it can increase the odds of success.

5. You are conscientious: HSPs tend to be conscientious people who try hard to perform their duties well and execute their work at their very best level. They often have particularly good manners, and notice when others don't. Rudeness and work that is full of errors drive them nuts. HSPs are often especially concerned with issues of social justice, and will fight hard to right wrongs in the world.

6. You have a vivid imagination: HSPs are often very creative people. They have vivid dreams and can wander off into imaginary realms in their minds. They are also very empathetic and can imagine the thoughts and feelings of others. An interest in art, philosophy and spirituality is common. Carl Jung was one of the early psychologists most interested in HSPs (he used a different term), probably because he himself was one. He thought that people with "innate sensitivity," as he put it, were more in touch with the unconscious mind and could be especially insightful.

If all of this sounds like you, you might just be a highly sensitive person, equipped with a temperament that requires special skills and knowledge to deal with. As I'm learning more about how this trait works in my own life, I'm grateful that Aron does not pathologize it, but treats it as something that simply is. Even for people who are not HSPs, information on the topic can surely be useful to parents, teachers, partners, and co-workers who have an HSP among them.