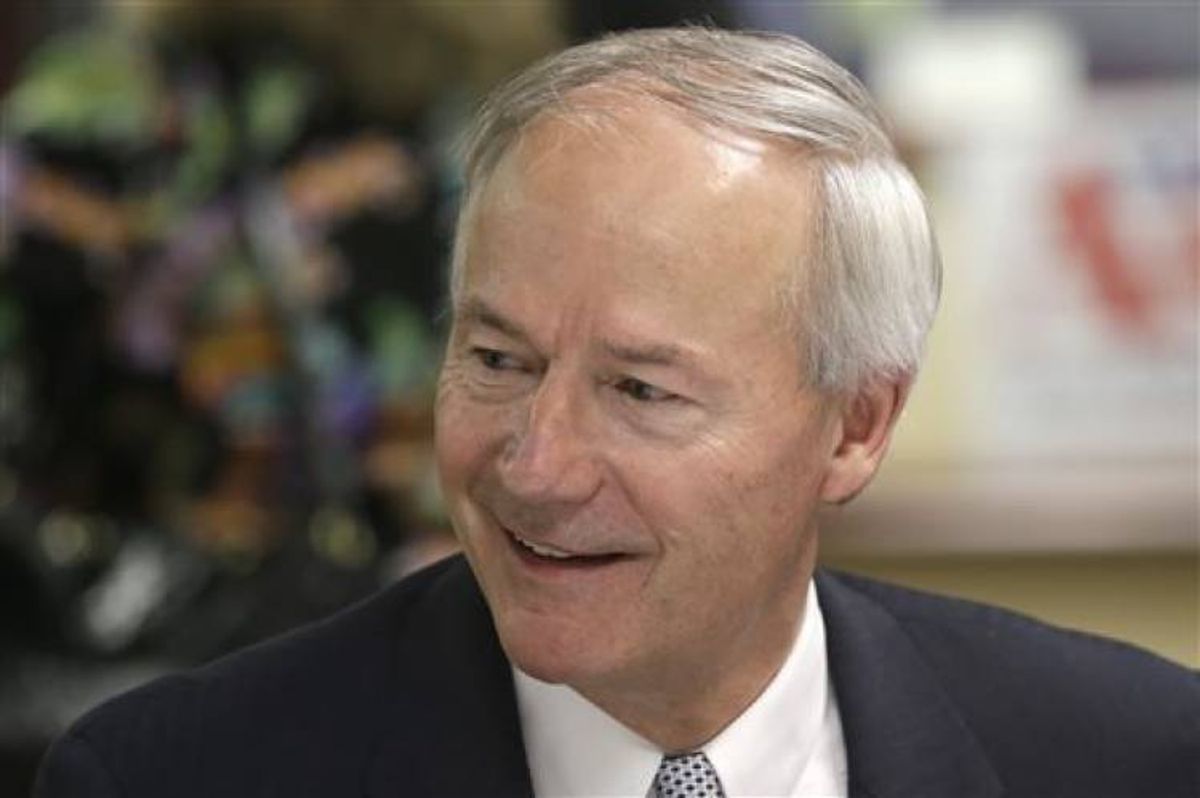 A Republican candidate for governor in Arkansas, and staunch supporter of voter identification laws, discovered why requiring ID at the polls might have some unintended consequences when he forgot his ID and was denied his right to vote.

Asa Hutchinson told the Arkansas Times that he was meeting a TV crew in Bentonville so they could film him voting early Tuesday morning when he realized he left his ID at his law offices.

“I realized I didn’t have my ID,” Hutchinson admitted.

Conveniently, a campaign staffer retrieved Hutchinson’s ID for him and he voted.

The Arkansas Democratic Party called on Hutchinson to reevaluate his support of voter ID laws after the incident:

We hope Asa’s experience at the polls yesterday will cause him to reevaluate the unnecessary burden the Voter ID law places on senior citizens, students and those serving in the military. Arkansas’s Voter ID law was ruled unconstitutional and is still under review.

"I would make this comparison. I've actually done the same thing flying out of an airport. I realized, whoops, I don't have my ID and I had to go back and get it,” he said.

He considers it a necessary inconvenience. Fortunately for him, he has an aide who can take care of inconveniences for him.