No, the Republican establishment didn't "win big" last night. The new reality is it doesn't even exist anymore 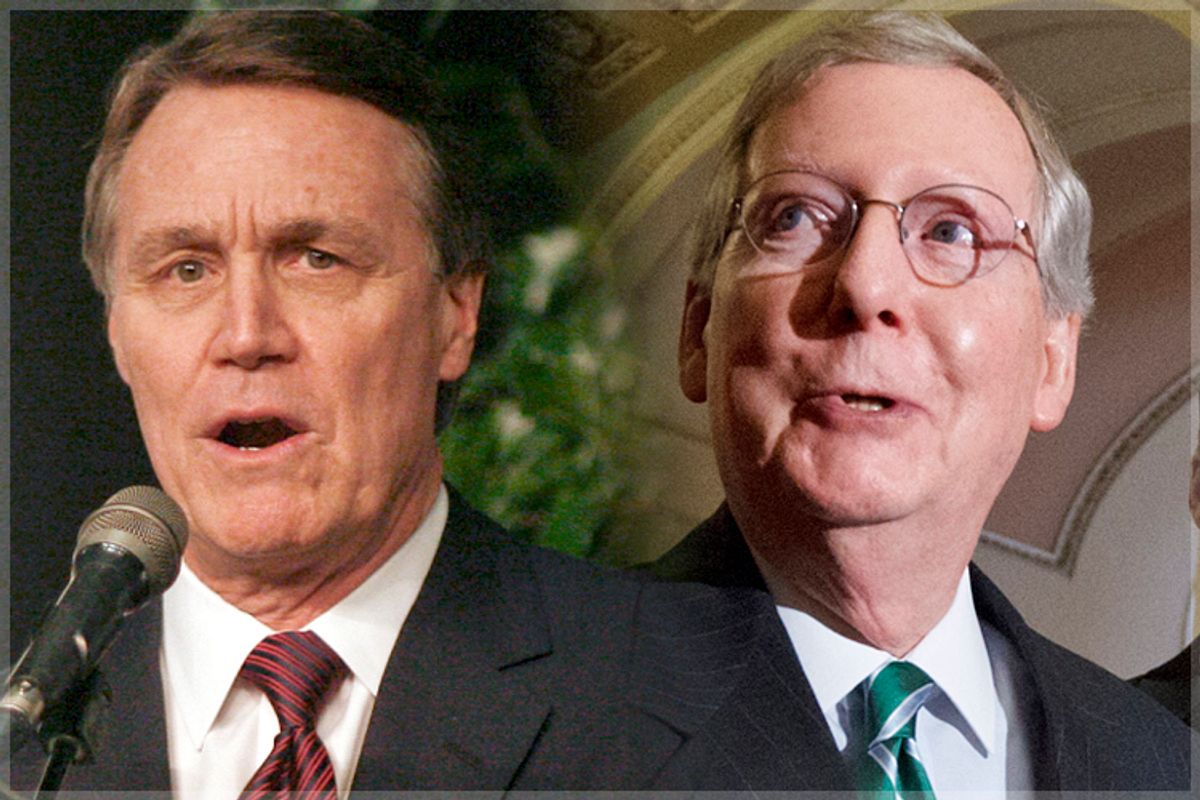 The GOP establishment did it! It killed off those evil little gnats, the Tea People, in a glorious explosion of power glowing in the night skies of Georgia and Kentucky. We haven't seen this much celebration since the Ewok bonfire party at the end of "Return of the Jedi." (Except in this case, it's more like Darth Vader and crew are celebrating on the still-intact Death Star after committing a successful genocide of the Ewoks.) In either case, the establishment is back on top.

And what valuable lessons have we learned from this gritty return of the "establishment"? Surely there are a couple of lessons that we should pass on to our children during sessions of moral instruction, perhaps in Sunday School.

First it's important to note that money is everything. Whoever told you "money isn't everything" is probably a fool, or even worse, poor. Mitch McConnell's campaign spent more than $10 million to deny glory to a local dolt named Matt Bevin. It worked. In Georgia, David Perdue, a rich person and cousin to former Gov. Sonny Perdue, put $2.1 million of his own money into his campaign. It has worked, so far. See, when you have lots of money, you can spend a lot more money to take down your "Tea Party" opponents. Money is a great thing to have.

In past election cycles, "Tea Party" candidates who haven't been able to raise a ton of money on their own have received loads of outside financial support from national Tea Party groups. That changed this cycle when groups like Karl Rove's American Crossroads and the Chamber of Commerce actively waded into primary fights to take sides defending "establishment" candidates, as NBC News writes:

Remember when conservatives groups were outraged that Karl Rove’s American Crossroads said it would play in primaries to defeat far-right (and thus un-electable) candidates? Well, Crossroads and the U.S. Chamber of Commerce are freely endorsing and playing in GOP primaries -- and they’re doing so without any backlash.

I wouldn't say without any backlash -- the designated "Tea Party" candidates are quick to point out when their opponents receive assistance from the Chamber or Rove. The backlash just isn't strong enough to change the basic dynamics of the races. A lot of this is because the lines between the "establishment" and "Tea Party" candidates have been completely blurred.

Theoretically there is such a thing as a Tea Party vs. establishment race. In this race, the establishment candidate would support things like, say, immigration reform (including a path to citizenship for undocumented immigrants), budget compromises with President Obama, modifications to but not full repeal of the Affordable Care Act, and so forth. The Tea Party candidate, on the other hand, would refuse to concede any and all forms of "amnesty," negotiate with President Obama on anything, or accept anything less than full repeal of the Affordable Care Act.

But in North Carolina, Nebraska, Georgia and Kentucky's GOP Senate primaries now, this hasn't been the matchup, these haven't been the roles. There's been no competing theory of governance between the RINO pragmatist and the strict "constitutional conservative." All of the candidates have been on the far right, espousing essentially the same far-right views, while trying to best each other by pandering to cultural signals or attacking each other's past indiscretions, real or imagined.

We will keep harping on this subject until people stop writing about the Triumph of the GOP Establishment as though it means anything or represents some clawback from the rightward drift of the party in recent years. Judging by a quick scan of this morning's conventional wisdom, that's never going to happen.